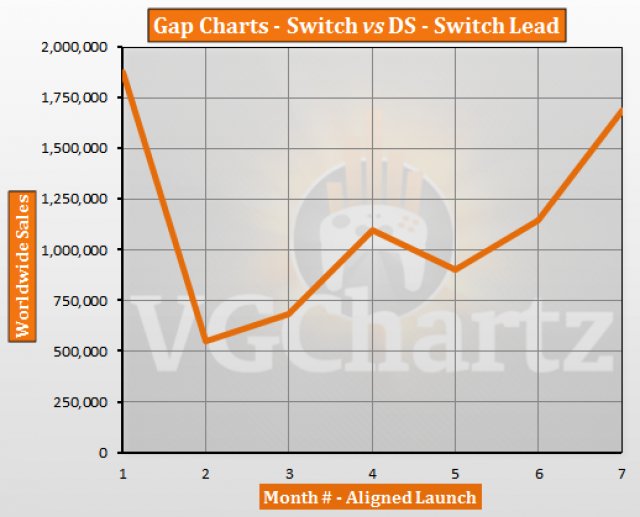 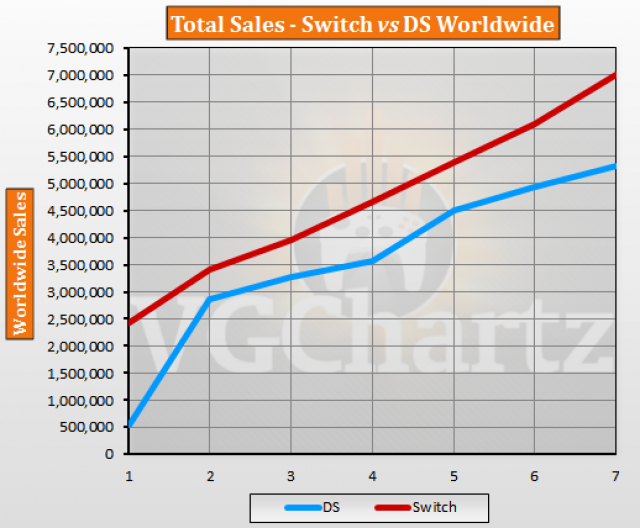 September 2017 is the 7th month that the Nintendo Switch has been available for. During the latest month the gap grew in favor of the Switch by 543,939 units when compared to the DS during the same timeframe. The Switch is currently ahead of the DS by 1.69 million units.

So how long until we get the first DS redesign? The Switch is probably going to keep the lead until then.

The DS Lite launched in Japan in March 2006, which was 16 months after the DS originally launched in November 2004. So, the Switch has 9 months to build as big of a lead as it can before the most fearsome monster Nintendo ever created awakens.

This is interesting because they launched at the same time, while the Nintendo consoles launched around Christmas. Switch will be getting a boost in the coming days especially with it being in stock at every Target, Toys R Us, and almost any retailer (excluding Amazon and Walmart apparently?)

I think you're confusing it with the 3DS. Either that, or you're European.

The DS launched November in the US, December in Japan, and March in Europe.