Taking a page from Clock Tower on SNES, Creeping Terror is a 2D horror adventure game with a unique visual style. It winks at the clichéd language of horror media, particularly Japanese horror, even as it uses that language to tell a rather predictable, toothless story. While its production designs are impressive for a 3DS download-only title, its mechanics and gameplay loops are underdeveloped and mostly undemanding. It's a survival horror game where survival is simple and horror easy to dispel.

Creeping Terror finds four teenagers alone in the woods. Their goal: film a video of an abandoned mansion where several of their classmates were reported missing. An unidentified monster stalks the grounds, so the rumors say. Naturally, everything goes to hell rather quickly. Arisa, the game's heroine, falls into an old mine shaft and has to find her way out. As she explores the mines — and, later, the mansion and adjacent hospital — she is pursued by unbeatable monsters. 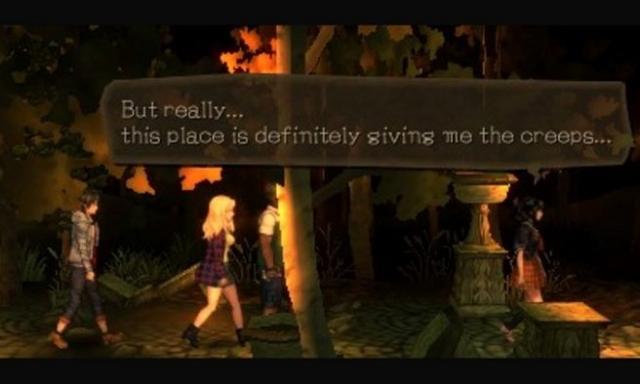 The game relies on a long-established and reliably-scary mechanic: an unstoppable, monstrous follower. Clock Tower used it well in 1995; Resident Evil VII used it to great effect as recently as January 2017. Players will spend a good chunk of time running and hiding from one of three monsters: a faceless, hulking sentry wielding a blood-soaked shovel; a robed cultist; and a run-of-the-mill guard dog.

While these creatures of the night are drawn well and are physically scary, the mechanics used to slow them or escape them make for surprisingly unscary encounters. By throwing a rock or a plank, Arisa can stagger these monsters, and by ducking into one of a dozen hiding places she can throw them off her scent. In a way, the dog is most frightening of all, because only a thrown bone can distract its attention. Even if the monsters catch Arisa, players can save her by spamming the A button. If she somehow manages to die, she'll pop up again shortly before the scripted encounter, as the auto-save system in Creeping Terror is more than generous. 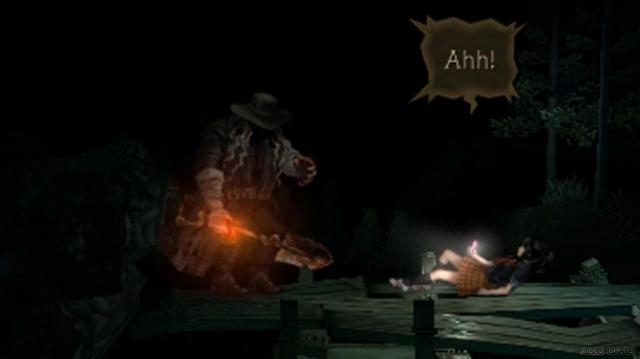 Clearly, there's a difficulty problem in the game. Not only are the monsters ineffective, but the inventory management — a staple of the survival horror genre — is a cake walk. Arisa has only six item slots, but it's not a problem. Rarely will players need to hoard items. At safe rooms Arisa will recharge her phone battery, used to illuminate her path, and return her health bar to 100 percent. So all the phone chargers and health refills scattered around each map become superfluous. Bones are harder to come by, which, again, make the dog encounters more stressful.

Things don't get much more interesting outside of enemy encounters. The exploration and puzzle-solving in the game is perfunctory. Players won't need to solve riddles, combine items, or decipher codes. There's one, long multi-part problem to solve toward the game's final act, but it's telegraphed so obviously as to remove any doubt. The hardest part of a problem in Creeping Terror, usually, is remembering which room had that locked door or non-functional hardware. 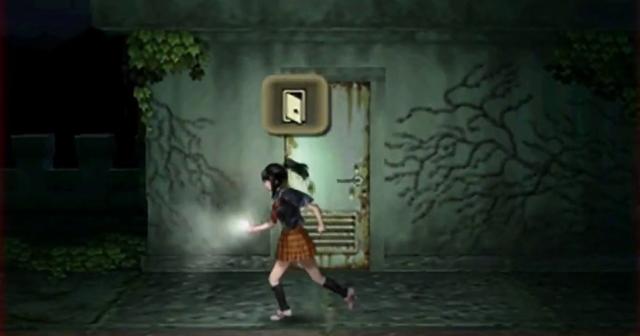 There is one major exception to all of this, however, and it's the game's final boss battle. Here, Arisa will need to find and fix several installations while being hounded by a monster. Players can't simply hide and wait for the monster to pass. They'll need to outsmart it or outmaneuver it, all the while trying to activate a door to safety. It's a thrilling setpiece that demonstrates the potential of Creeping Terror's mechanics. Unfortunately, it comes at the very end of the game.

Clocking in around three hours, Creeping Terror is a short adventure. There are four possible endings to unlock, but the lack of open-ended gameplay and predominance of scripted events lower the game's replay value. There is a nugget of potential at the heart of the game — the final boss battle proves as much — but it's buried under an avalanche of bad design choices: unthinking exploration, simplistic problem-solving, and, in general, a lack of stakes. The game's commitment to survival horror is mostly skin deep. Artistically and thematically, it resonates. Mechanically, not so much.

This review is based on a digital copy of Creeping Terror for the 3DS, provided by the publisher.