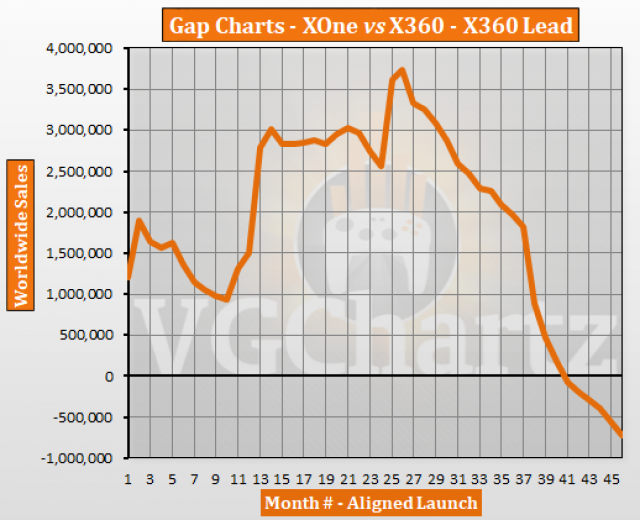 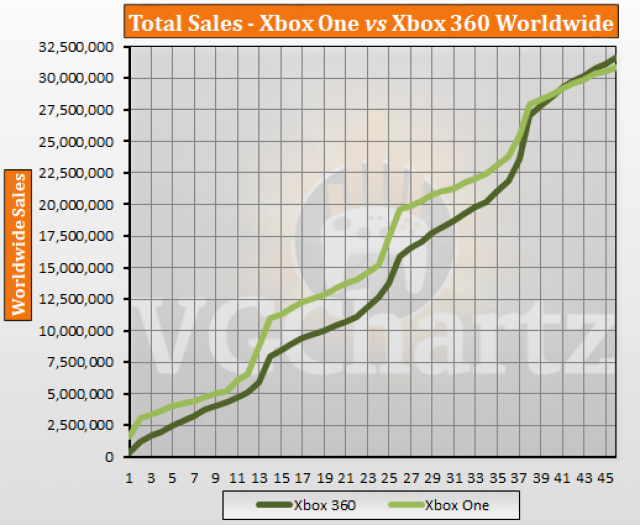 X360 > Xone. It was clear. the japan & jrpg-support is terrible for the xboxone. And the big exclusives too. i hope, the next Xbox-Generation (2019) is better than the XboxOne.

It was bound to happen this year.

So there goes the one and only peg they had on the hat stand, so they no longer have anything left to hang their hat on.

I can see the quote now "we at this very moment are selling at a faster rate than all the discontinued consoles combined in 2017 what a year,"

Serious question, how many of those X360 sales by the 45 month mark were people getting new 360s because their old ones RRoDed or E74ed? If we're talking 45 months of aligned sales, that's almost 4 years into the Xbox 360's life. A much higher percentage of Xbox Ones appear to still be working after 3-4 years than Xbox 360s were. Microsoft finally solved the problem with the release of the Xbox 360 S which was 43 months after launch (Nov.22 2005 to June 19 2009). Additionally, Microsoft extended the warranties to 3 years for RRoD and E74, but many of those warranties had run about by the 45 month mark, and some people elected (especially after the launch of the 360 S) to take advantage of new units and good bundles rather than send their old unit in.

Well of Coarse they announced Project Scorpio June of 2016, So the natural reaction the closer Xbox One X get is for people to hold out for a much more powerful edition. I like all the doomzzzz post but really who couldn't predict this. After Xbox One X releases sales will sky rocket and will once again take the lead over 360.

This is the 46th month of an aligned launch. That means that haven't gotten to the kinect releasing on the xbox 360 yet.

Didn't the kinect sell really well on the xbox?

I can't tell if you're being sarcastic or not

Kinect for X360 arrives at month 60. No chance for XBox One X to get that mass appeal as Kincect had. That means XBO doesn't have any chance to reach the 80 Mio. lifetime of X360.