Welcome to the latest edition of the ‘PS4 vs Xbox One vs Switch Worldwide’ article. This series compares the monthly and lifetime sales of the three main consoles - the PlayStation 4, Xbox One, and Switch. 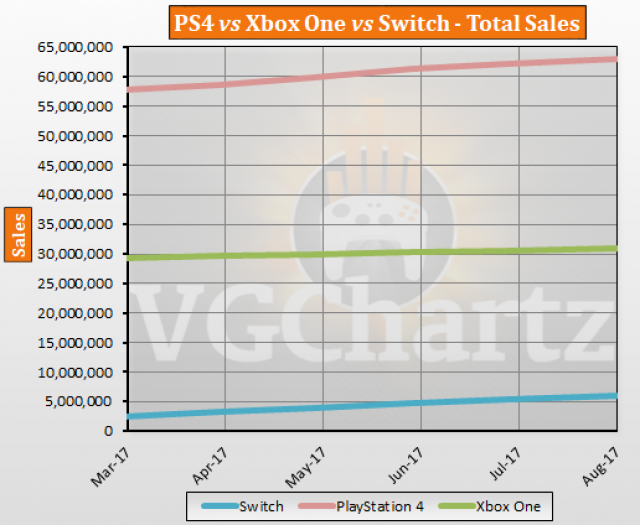 The Nintendo Switch passed the six million mark. The PS4 has sold 62.93 million units lifetime, the Xbox One 30.89 million units, and the Switch 6.08 million units. 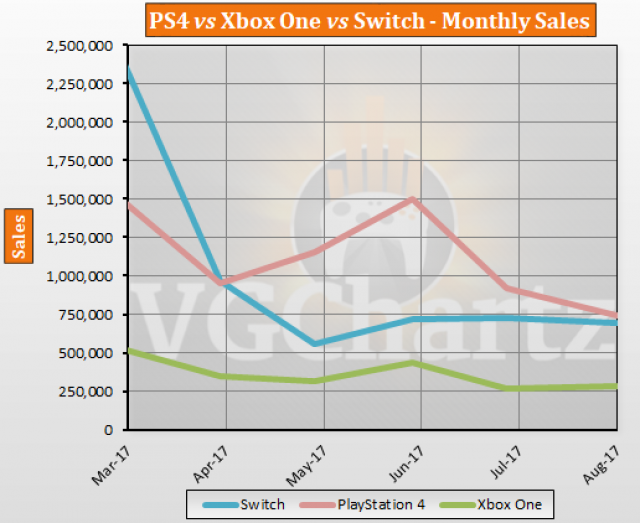 Taking a look at the marketshare, the PlayStation 4 managed to achieve 43 percent. The Switch accounted for 40 percent of the consoles sold, and the Xbox One 17 percent.