There are a bunch of video games about high-schoolers dealing with extracurricular activities, but not a lot of them are set in the afterlife. Such is the setting of Bad Apple Wars, a freshly localized otome visual novel from the developers at Idea Factory. With its unique and provocative set-up — teenagers in purgatory — Bad Apple Wars shows strong potential. It's held back, however, by some under-developed characters, corner-cutting production designs, and a disappointing lack of interactivity.

Bad Apple Wars follows the adventures of a female protagonist (named Rinka by default) who dies tragically in a car accident on her way to class. She awakes in a strange school for lost souls: NEVAEH Academy. Confused, scared, and unconvinced of her untimely passing, Rinka stumbles through the academy's opening ceremony. Suddenly, the proceedings are interrupted by a group of colorful rebels who call themselves "bad apples," who fight against NEVAEH's status quo. 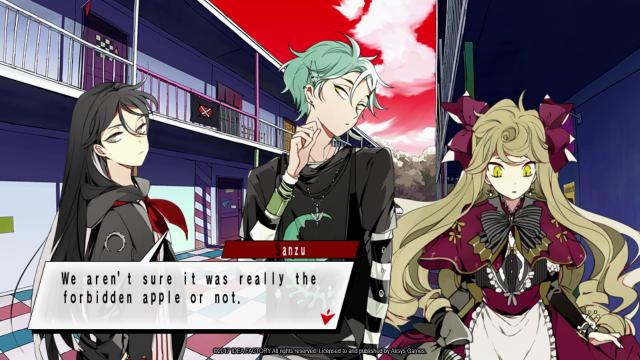 Rinka learns that most students are "good apples" who follow the academy's strict rules. As they continue to conform and behave they lose their identities. Keeping them in line are prefects, volunteer students who enforce the rules, and teachers, who manage school events. Opposing them are the bad apples, who break school rules at every opportunity. They retain their colorful personalities and unique attire. Their ultimate goal is to break NEVAEH's seven unbreakable rules, which will expel them from purgatory.

The premise Idea Factory introduces in Bad Apple Wars is fascinating. The idea of deceased students congregating in an otherworldly academy is creepy, hopeful, and bittersweet, all at once. It's made better by some outstanding character designs and a rich mythology of relationships, rules, and limitations. We meet a teacher who wears a rabbit mask and a cross-dressing young man named Naraka. We witness a push-and-pull between bad apples and prefects, and the good apples lost in the middle. 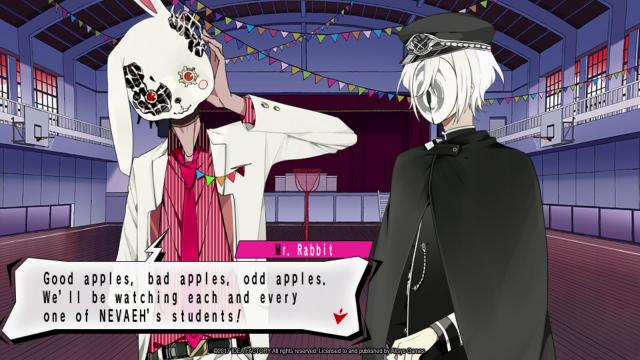 Unfortunately, not all characters are created equally in Bad Apple Wars. While some, like Naraka, are teased out into three-dimensional human beings, others are simply stock characters. This is especially true of Rinka, a mostly empty and unsympathetic protagonist. Now, heroines in otome games are often blank canvases to allow players to more fully embody the role, but a main character without a compelling personality makes for a poor story.

Aggravating the issue of undeveloped characters is the frustrating fact that many of them go unseen. Several supporting characters are given names and voice actors, but not a single frame of animation. They exist only as boxes of text. This, combined with a lot of reused assets and backgrounds, drags down the game's production values. 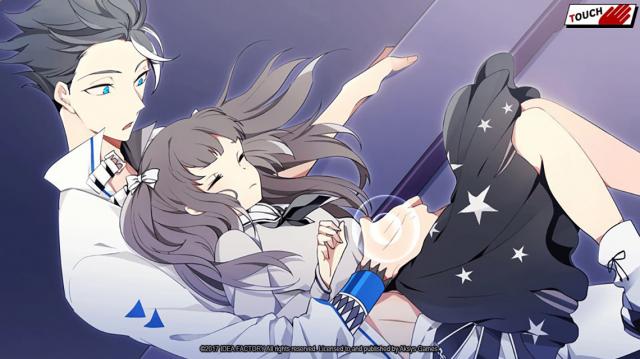 Despite a few cut corners and throwaway characters, Bad Apple Wars manages to pull at your heartstrings. As Rinka marches through the game, she will become emotionally attached to one of her male counterparts and begin to look more deeply into his memories. Many of these are moving, and even heartbreaking. The tale of one bad apple, who died protecting his sister from attackers, is particularly gut-wrenching.

These stories unfold, however, in a very pre-determined way. Apart from a couple choices at the very beginning of the game, during which Rinka chooses either the bad apples or the prefects, players will have almost zero say in how things play out. There are no dialogue trees or puzzles or morality choices to be found. In fact, with a helpful auto-scroll feature, players could complete almost the entire game without even handling the Vita. 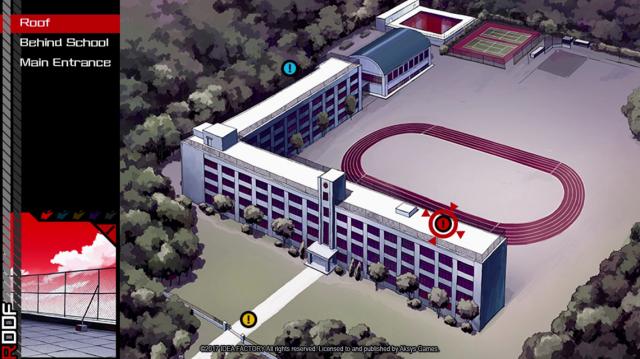 The one, big exception to this rule is the soul touch system. At designated story moments, Rinka can touch parts of her suitor, triggering a memory. As the two become closer, articles of clothing will disappear entirely. These interludes are welcome respites from endless scrolling, but they're shallow and unsatisfying.

Credit goes to Idea Factory for dreaming up Bad Apple War's preposterous premise. It goes a long way. NEVAEH Academy, unbreakable rules, prefects, bad apples, identity, reincarnation — these are all challenging metaphysical ideas that make this latest visual novel stand out. Regrettably, the game's production design and player engagement are never quite as rich and expansive as its internal mythology.

This review is based on a digital copy of Bad Apple Wars for the PSV, provided by the publisher.

I bought this one on a lark, not knowing anything about it other than I liked the way the art on the front of the box looked when I saw it online. Was naively ( stupidly? ) hoping it would be something like Freedom Wars. Ha. As it is, it looks it looks interesting as a new experience, as I've never tried an otome visual novel. 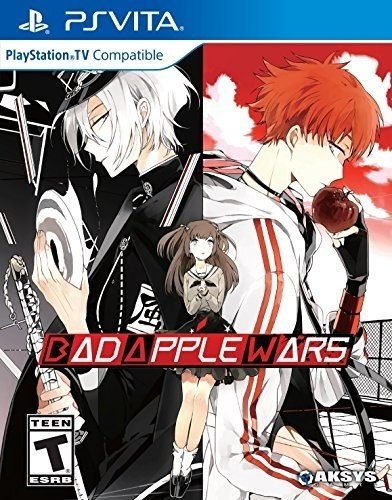