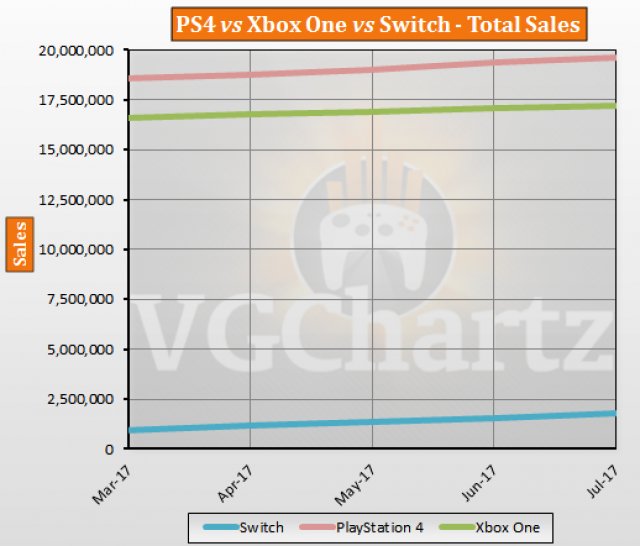 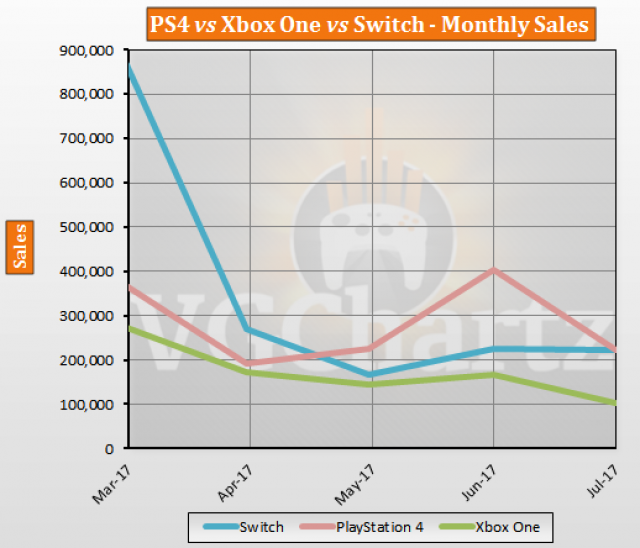 Looking at market share for the month, the Switch managed to achieve 41 percent. The PlayStation 4 accounted for 40 percent of the consoles sold, and the Xbox One 19 percent.

It's really insane how close PS4 and Xbox One are in the US, yet Xbox can't make any headway in Japan at all and Europe is dominated by PS4. This means around 60% of Xbox sales are in the US. What does it look like when the rest of NA is factored in, I wonder.

Japanese hate American products unless it has iPhone on it. That no one can control.