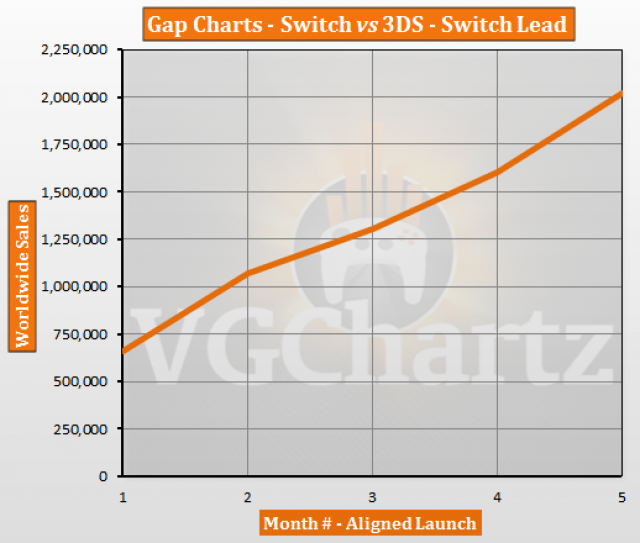 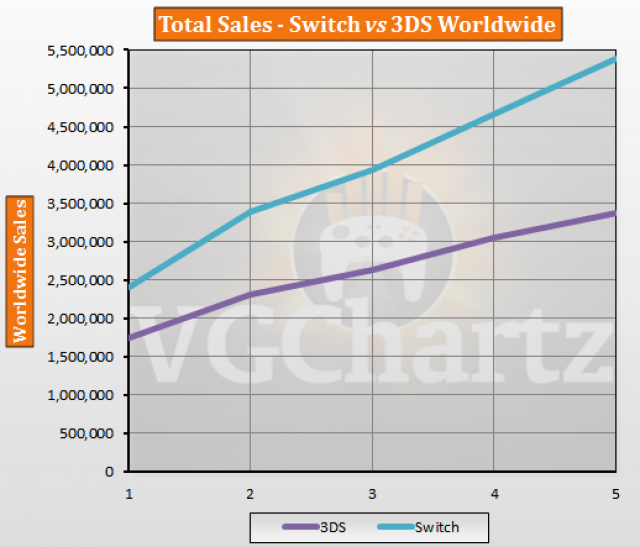 July 2017 is the 5th month that the Nintendo Switch has been available for. During the latest month the gap grew in favor of the Switch by 415,859 units when compared to the 3DS during the same timeframe. The Switch is currently ahead of the 3DS by 2.02 million units.

The 3DS launched in February 2011 (however, 3DS sales have been aligned to March 2011, since it only launched at the end of February in Japan), while the Nintendo Switch launched worldwide in March 2017. The Switch has sold 5.39 million units, while the 3DS sold 3.37 million units during the same timeframe.

The opening paragraph is in need of an update. Switch is generation 9, unless this website wants to claim that the 3DS and Switch belong to the same generation. Here's how it should read:

A way to weasel yourself out of calling Switch explicitly 9th gen.

As far as I know there are no generations.
There's no timeline we all follow. We can choose not to count the Virtual Boy and also choose to call the Switch a successor to the 3DS, or not. It's a mess. The whole thing confuses me.