The relatively unknown off road racer Baja: Edge on Control might seem like a strange candidate for a HD facelift. Yet if the purpose of a remaster or remake is to shine a light an underappreciated game, then Baja: Edge of Control HD makes perfect sense. Thanks to publisher THQ Nordic, Baja HD gets a second chance to prove itself, nine years after its initial launch. It retains the good qualities of its original build — lengthy endurance races, steep hill climbs, and lots of open world racing — and adds improved handling, a more manageable career start, and enhanced textures, lighting, framerate, and resolution.

Based on the Baja 1000 endurance race, Baja HD transports players to Mexico's Baja Californian Peninsula for a number of off road races. These include circuit races, rally races, head-to-head open class races, hill climb challenges, and, of course, the Baja 1000. 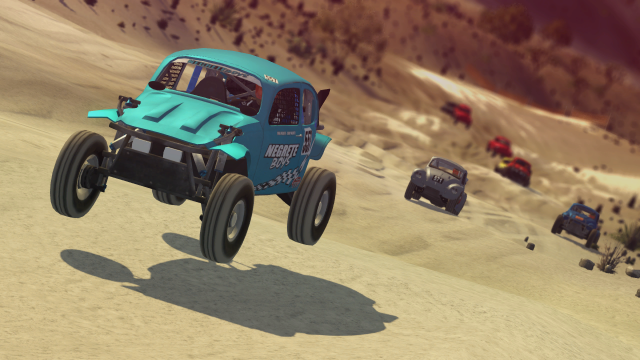 For fans of off road racing, Baja HD offers up a ridiculous amount of content. The game boasts more than 100 tracks, eight vehicles classes, and over 1,000 miles of terrain. It also supports multiplayer, both online and offline, so there's rarely a shortage of things to do.

All that content would be purposeless, though, if the game's mechanics and track designs were sub-par. Luckily, Baja HD plays extremely well, for fans of both arcade racing and more realistic driving sims. The game sits somewhere between the two extremes of forgiving arcade controls and brutally realistic simulation physics. Cars can and will absorb damage during races — especially during long endurance races — which will effect speed, handling, acceleration, etc. That said, repair options are quick and easy and players can choose to enable arcade steering and/or disable damage simulation. 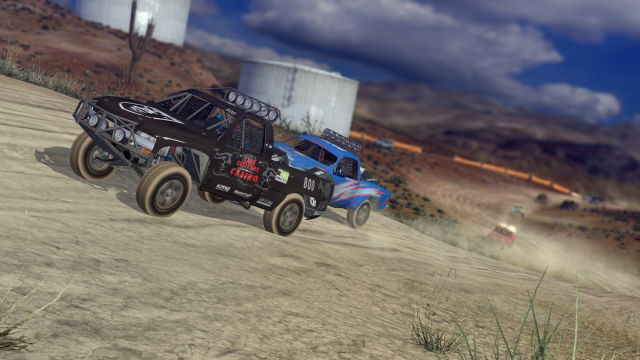 One area where the merger of arcade and sim sensibilities suffers is the process of upgrading stock vehicles. There are over 300 parts to buy in Baja HD, but the buying process isn't challenging or interesting. The best parts are always at the bottom of the list, so players will learn quickly to scroll down and purchase the very last option. All the parts are similarly priced so it's a no-brainer. Higher-level parts being more expensive or offering benefits in one attribute and drawbacks in another would make the upgrade process feel more strategic.

The heart of Baja HD is its career mode. Here players can enter vehicle class leagues, participate in events and races, take on sponsorships, unlock and buy new vehicles, and tune cars, trucks, and buggies in a garage. Diverse events and frequent unlocks will keep players involved, and a more gentle learning curve — courtesy of this HD remake — won't frustrate early on. 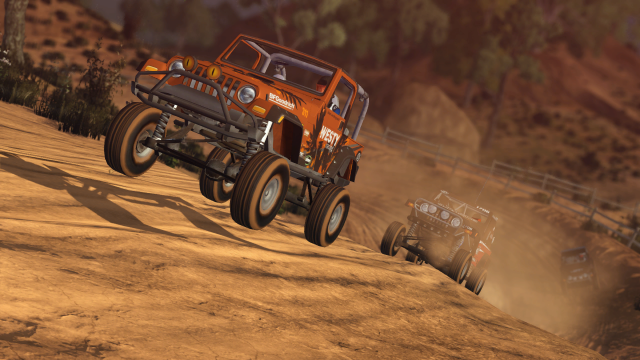 Weirdly, racing tutorials won't be found in career mode, but rather in the one-off "Race" category on the main menu. Off road rookies will need to visit each race mode under "Race" to learn basic mechanics and event descriptions, and then return to career mode. It's a strange design flaw.

From the Race sub-menu, players can tackle a number of individual events, including the game's two best: hill climbs and Baja. Hill climbs task drivers with climbing a steep, rocky mountain and then trying to descend the other side. These are rigorous, often breathless races where one wrong move could send driver and car barrelling down the side of a mountain. Baja races, divided into 250, 500, and 1,000 variants, are even more rigorous. The ultimate test of endurance, Baja circuits can last as long as three hours in real time. 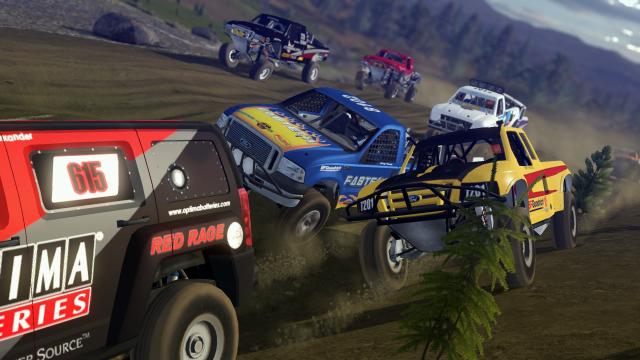 For fans feeling uncompetitive, Baja HD sports nine huge open-world racing venues. These can be explored at leisure. Players will find in them hidden tracks, jumps, and landmarks.

With Baja: Edge of Control HD, THQ Nordic has brought back into the limelight an undervalued gem of a racer. It includes all the content dreamed up by developer 2XL Games nine years ago, and fortifies it with updated graphics, upgraded handling, and an approachable level of difficulty. With dozens of tracks, hundreds of miles of open Mexican terrain, and events ranging from short circuit races to marathon endurance contests, Baja HD has something for racing fans of all stripes.

This review is based on a digital copy of Baja: Edge of Control HD for the PS4, provided by the publisher.