For a long time video games developers have been playing Dr. Frankenstein, patching together elements from different genres to create something new and exciting. With Drive Girls, Tamsoft has perhaps gone further than most, merging elements from Musou, driving titles, and fan-service games. It's a bold, audacious experiment that features a few promising elements and a handful of frustrating features.

The story in Drive Girls is awesome in its absurdity. Five women, with the ability to transform into supercharged cars, fight off waves of mechanical bugs on Sun Island. The scenario writers at Tamsoft deserve a lot of credit for dreaming up such a preposterous premise. The game never takes itself too seriously — how could it? 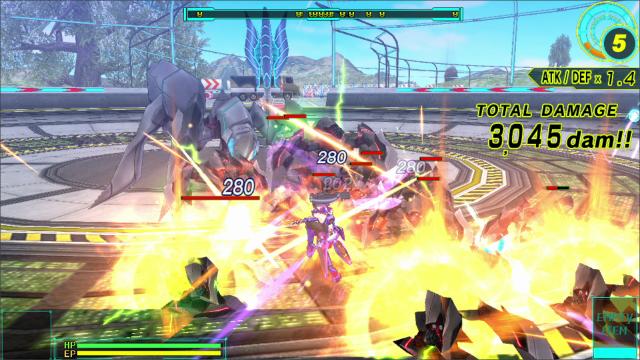 While the premise in Drive Girls is unique and memorable, its script and characters are decidedly less so. The game traffics in cliches and stereotypes, to a fault. There's the eager, optimistic Lancier; the no-nonsense, tactless engineer Seven; and the tough, gritty leader who really has a heart of gold, to name a few. Luckily, these characters are brought to life courtesy of some excellent voice acting and by design work by popular illustrator UGUME.

Unfortunately, the action in Drive Girls tends to be as flat as its script and characterizations. Part Dynasty Warriors, part Transformers: Devastation, Drive Girls allows players to beat robotic bugs to a pulp with melee weapons and with vehicle attacks. The game's mechanics are strong on paper but sloppy in execution. In human form, Lancier and her sisters-in-arms land weak attacks with the square button and strong attacks with the triangle button. Weak attacks build up an energy meter that can be used in a number of tactical ways. 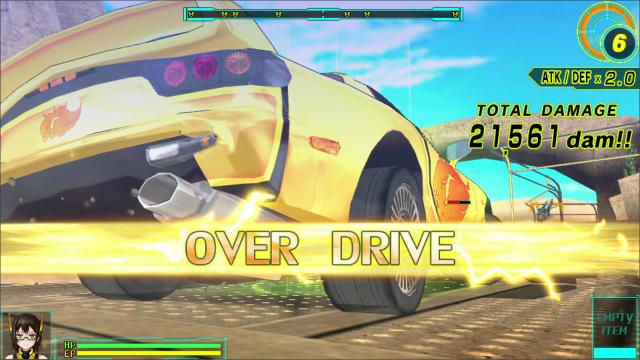 Players can expend energy by using strong attacks, performing a number of special car-based moves, or by pressing the circle button to "store" the energy in a meter that grants attack and defense multipliers. Raise the meter high enough and you'll enter "over drive," a super-powerful state. These interesting, strategic ideas are undermined, however, by stage design that sabotages EP build-up — essential to toppling end-of-stage bosses — and a battle system built around spamming attacks.

Stages in Drive Girls are frequently littered with mines, placed in a way that precludes cars from traveling past them without exploding. Players can opt to travel on foot, during which the multiplier meter will slowly wind down, or can initiate a nitro boost in car form to bypass the mines, which wastes EP. In either case, you'll most likely arrive at the next enemy encounter with low EP, low multiplier points, or both. 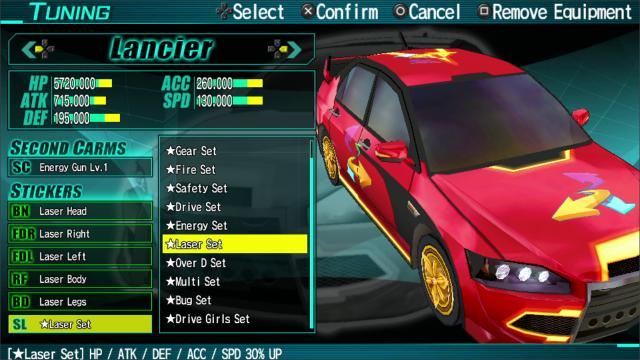 With or without EP, enemy encounters are rarely enjoyable. Bugs range from brainless cannon-fodder which mill around aimlessly waiting to be killed to powerful boss creatures that spam stun spells and projectile attacks. Players will need to spam attacks of their own to make it through alive. The end result is a hack 'n slash without much depth or nuance, despite several systems operating simultaneously.

There are a few bright spots, though. Players can choose one of several heroines, each with her own skill set. Lancier, for example, is an all-around character. Regalith is slow, but powerful. And Galaxa is speedy, with projectile attacks. Moreover, you'll be able to customize each character with stickers, items, and gears. Equip a matching set of stickers and you'll earn a sticker set bonus. 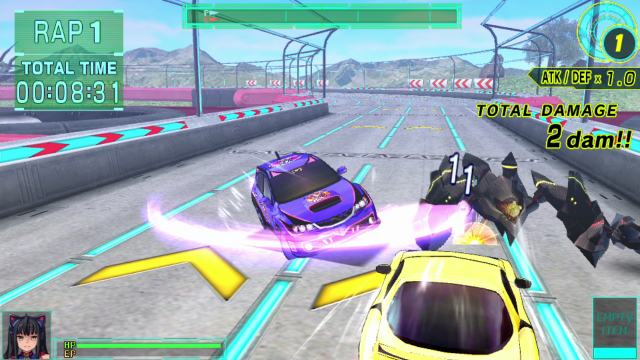 Drive Girls also includes a multiplayer mode, where players from around the world can join together to take on several missions. It's a neat feature, but it suffers from the same tedious fighting and wonky design found in the main campaign.

In the end, Tamsoft's genre mishmash is unsuccessful. An interesting premise and engaging character designs are wasted on a weak script, flat combat, and frustrating stage layouts.

This review is based on a digital copy of Drive Girls for the PSV, provided by the publisher.

I want to give this one a try, but have been having trouble finding a physical copy locally. Hope I like it more than Mr. Norris did.

Good luck finding a physical copy! And let us know what you think of it!

That's quite short a review for such a "mish-mash". Gonna watch some gameplay videos.

Happy to answer any outstanding questions you have!