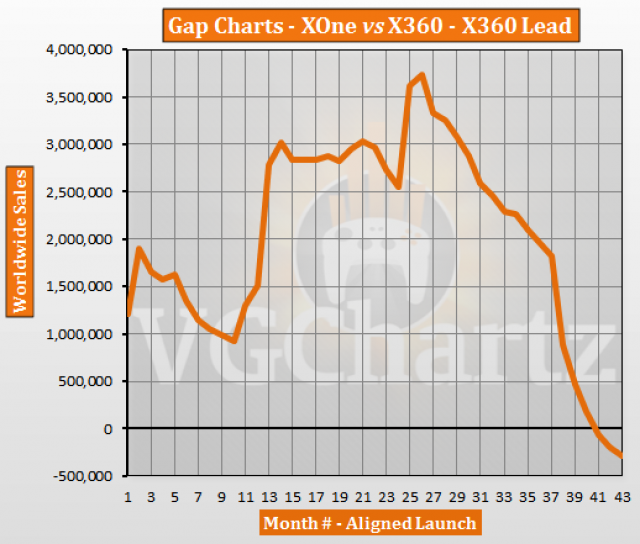 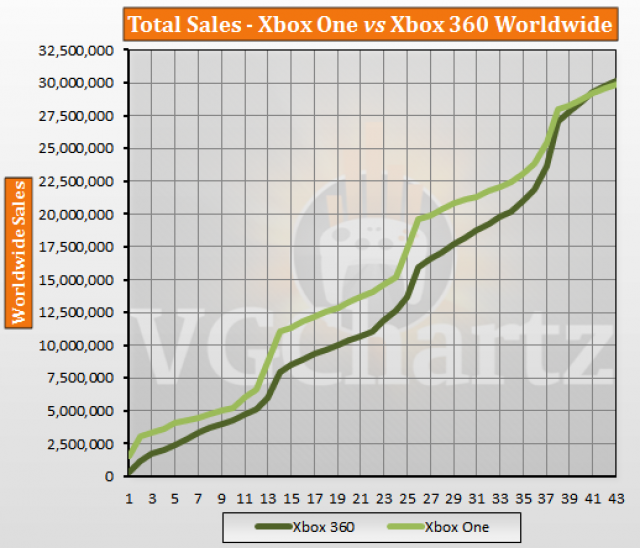 How about a graph comparison between the X1 and 360 for only the USA?

Well... 360 sales will keep rising while xbobe seens to be tapering off.

Probably potential customers awaiting the Xbox One X. The 360 didn't get a huge upgrade to it other than a smaller size.

I think in the first graphic it should be 'XOne lead'.

Sales would be expected to right now, ahead of the X1X launch this fall. I think this chart will be interesting to look at after holiday 2018. I think that's when we'll know if XB1 has fallen short of its predecessor.

the next 2 years will be a massacre

Hmm, the decline is starting to level off now. XB1 is heavily Holiday loaded so who knows, maybe XB1 will manage to catch back up this Holiday.

Regardless, once Kinect released in 2010 Xbox 360 sales took off like a rabbit on speed, so it's unlikely that XB1 will stay close to 360 beyond next year.