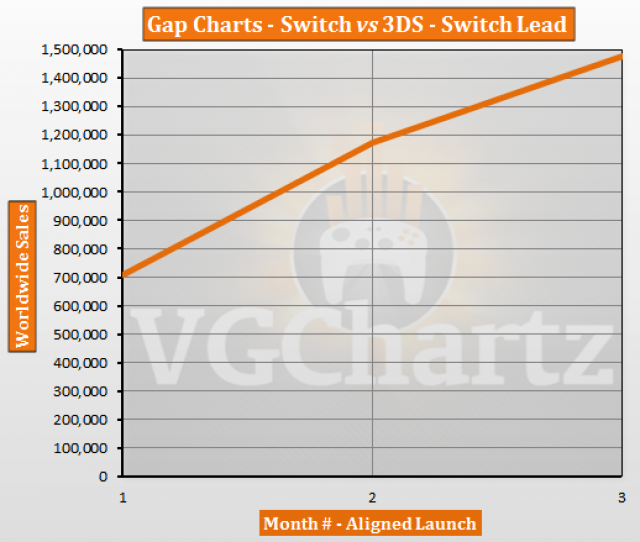 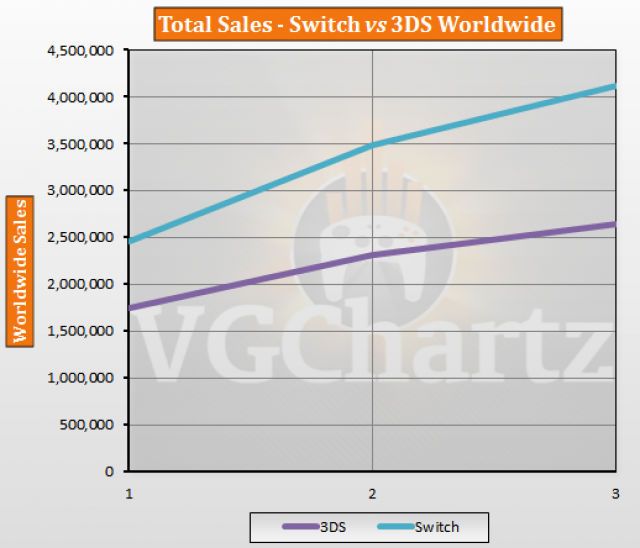 May 2017 is the 3rd month that the Nintendo Switch has been available for. During the latest month the gap grew in favor of the Switch by 303,882 units. The Switch is currently ahead of the 3DS by 1.48 million units.

The 3DS launched in February 2011 (however, 3DS sales have been aligned to March 2011, since it only launched at the end of February in Japan), while the Nintendo Switch launched worldwide in March 2017. The Switch has sold 4.11 million units, while the 3DS sold 2.64 million units during the same timeframe.

I think this chart really will be very interesting. The first months 3DS did not anywhere close to great, but the price cut (and OoT 3D) really helped out a lot. During the first Year on the market 3DS managed to sell about 14 million units. I guess Switch can do about the same. After 2 years 3DS was at about 27.5 million. Lets see what happens, but I guess Switch maybe even can do better :)

Thank you. I've fixed the mistake.