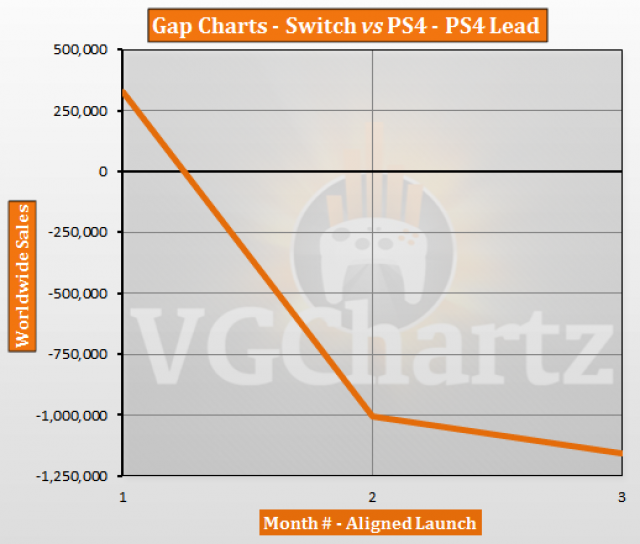 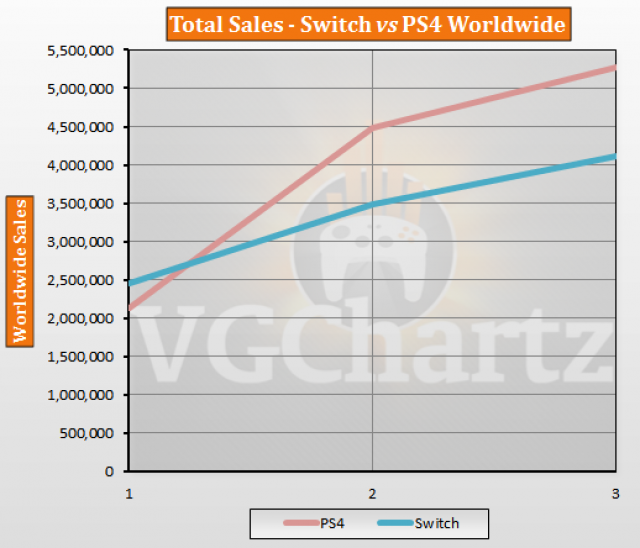 Should be interesting seeing this around March next year when Switch will be 1 year old. I bet it will be pretty close.

I think so, too. Specially because PS4 was launched just before the holiday season

PS4 was not released in Japsn yet at this point.

True, but Japan wasn't very big for PS4 in the beginning.

Like japan really matters in home consoles. There were more wii Us than ps4s untill basically the month when the switch was announced.

Switch wasnt released just before the holidays either

Not bad! Especially with stock issues.

PS4 probably still had stock issues at this point. Definitely into January at least, and probably a bit into February.

It did have, I remember it. But Sony was able to produce/ship more and PS4 also had the advantage of releasing during the holidays. It makes a bit difference.

Switch seems to be putting up a better fight with PS4 than the Xbox One did. Since the holidays are at different times launches aligned, the lead should go back and forth if Switch can continue to not fall to far behind the PS4 until then.

Switch keeping it close, considering time of the year.

The PS4 is the best games-console for the player on the world. The switch has really NO CHANCE versus the PlayStation 4.
My friends and i hope..2018 = a new Switch-Upgrade with stronger hardware / better graphic.