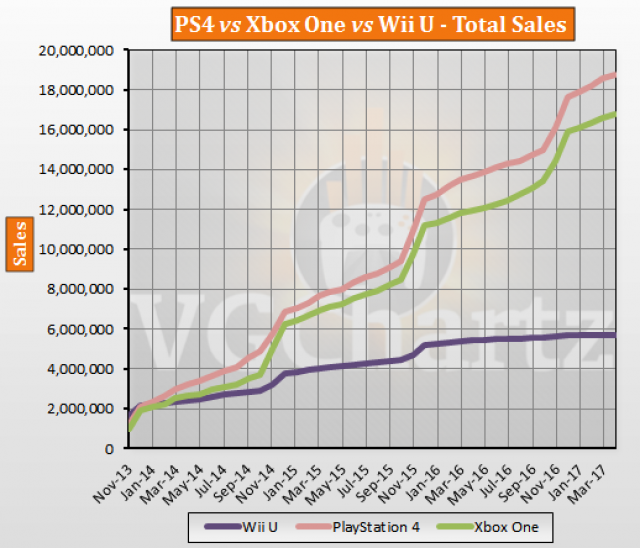 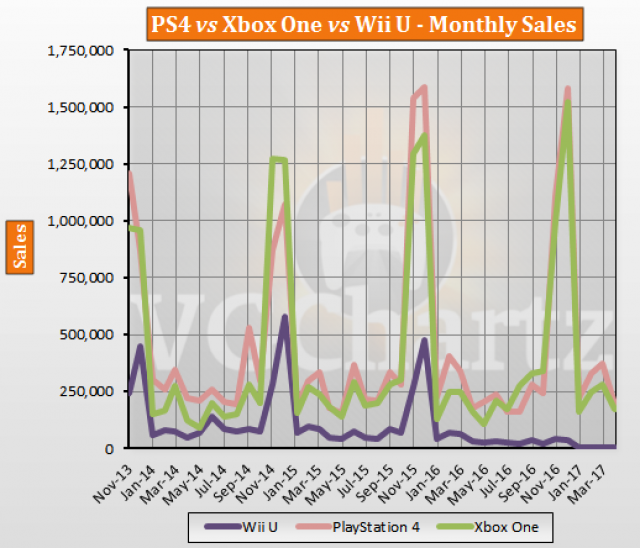 Looking at market share for the month, the PlayStation 4 managed to achieve 52 percent. The Xbox One accounted for 47 percent of the consoles sold, and the Wii U just one percent.

After the 60.4M announcement, I believe that VGC numbers for PS4 are most likely quite a bit off.

My forecast: Stronger sales figures than chrismas 2016. From August until the end of Christmas will be extremely strong for the PS4 in America. Uncharted The Lost Legacy, Yakuza Kiwami, Everybodys Golf, Knack 2, Fifa 18, Destiny 2 and Call of Duty, Gran Turismo Sport, The Evil Within 2, Pro Evolution Soccer, next Need for Speed and many more big titles. Am very excited. Interesting article. I think the Xbox will have a very bad year to November.

Switch is going to destroy those awful numbers.

Can I suggest @DiAngelo may I suggest you post which sources were used to get the respective console sales numbers. As pointed out, in light of Sony's announcement of world wide sales, how does that affect the US numbers??