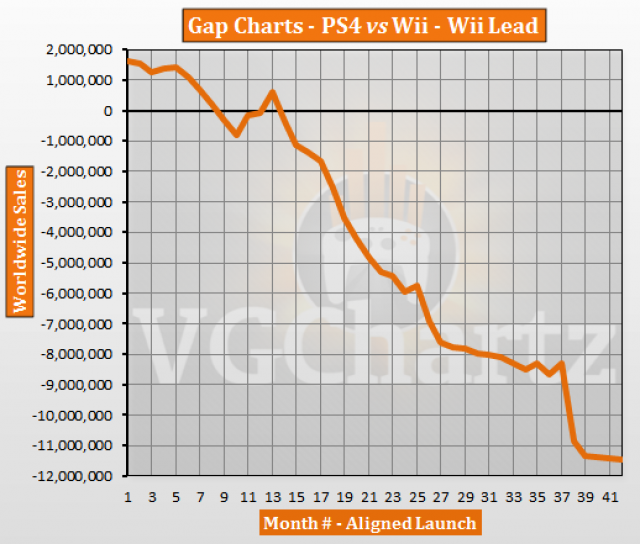 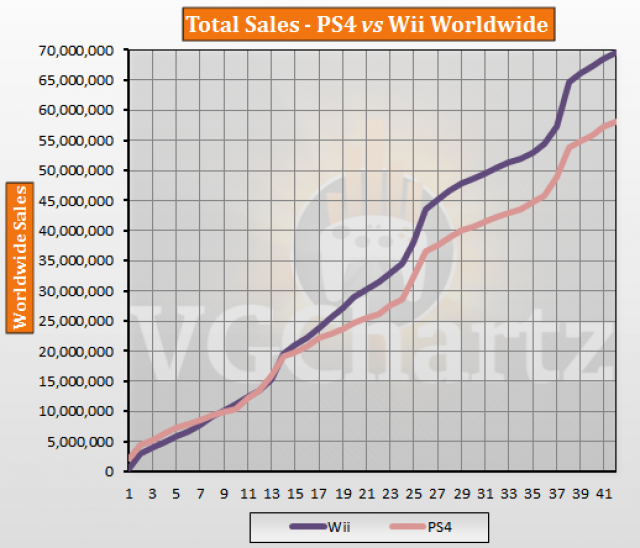 The gap will remain pretty stable for the rest of the year (it will fluctuate up and down, but it will end up about the same as it is now), and will start shrinking come next year.

So this is about how far behind it will fall. Looking forward to the comeback starting next year.

Inserts PS4 will eventually close the gap comment from every article

It will not only close the gap, it will create an even larger one in the end.

Maybe but I don't think the difference will be that big at the end. PS3 had shit legs after 4 released. Then again there's the ps4 pro so who knows

The Wii dropped about 11 million from 17 million. Sony is predicting about 1-2 million of a drop this year (also from 17 million). If that happens, and there's a slightly larger drop next year, then sales may not be too far off from the Wii's. PS4 should be somewhere between 12-15 million.

wii got the power!

Wii is a juggernaut