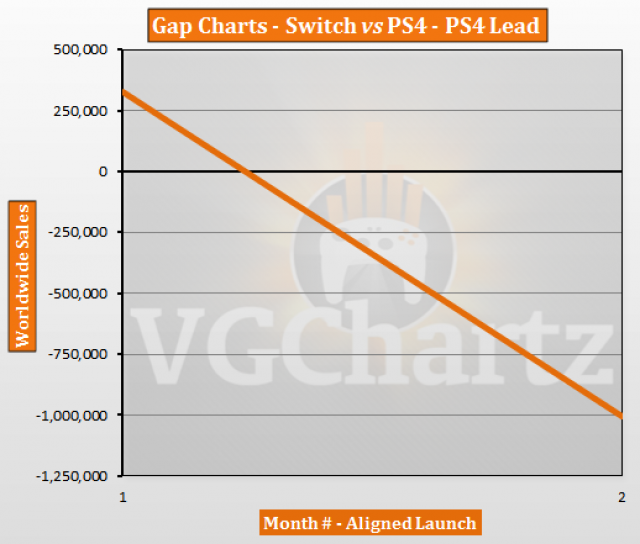 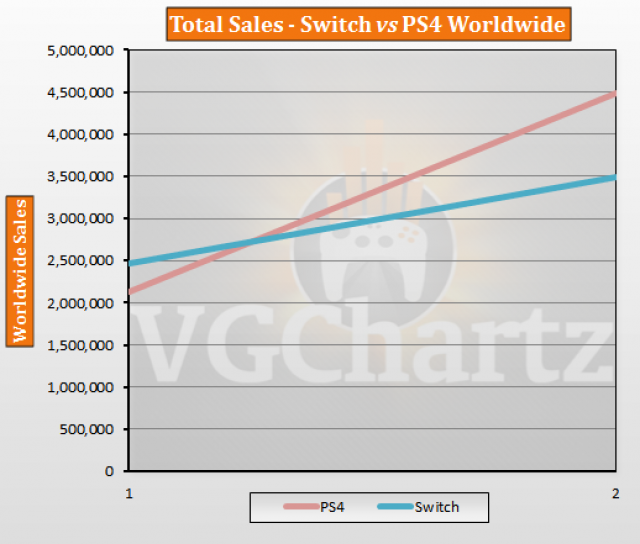 This one will be an uphill battle.

Unless Nintendo unleashes a global marketing campaign, buys exclusive bundles for big games and the like, the Playstation will always outsell Nintendo consoles. It's simply the sad reality for me that barely anybody in my town owns non gen 7 Nintendo platforms, not because they hate Smash Bros or Mario Kart or Splatoon, but because they don't know those games exist, and how fun they are! They won't buy a Switch either, because they don't know it exists...

They know those games exist, but most people want to play GTA, COD, Destiny, Assassins Creed, Fallout, The elder scrolls and etc. Not everyone wants to own multiple platforms you know especially when one platform offers more good games than you can handle.

The almighty PS4 is unbeatable

You have the ps4 color as purple, yet the line is pink.

Thank you for pointing that out. I've fixed it.

Yeah, PS4 is ahead but when we take the surrounding facts into account, Switch is primed to do very well. A Holiday launch vs. a not optimal March launch, usually Holiday launches go much better.

Ps4 numbers seems wrong for the beginning of the month.

Switch is a beast!

June might not be but may and July will be interesting

I think that would be the case for ps4 too, it won't matter in the long run and everything should settle

@xl-klaudkil. I believe this is launch aligned as in all markets launch combined. No way ps4 sold all this without all the sales accounted for

@ Eagle ps4 first came out un usa( sold 1mill in 24 hours...then after couple of month's in Europe and after that japan..

@Eagle267 No, it's not launch aligned. I looked at PS4 sales in the weekly charts for the first week of January (2 months) and the numbers were basically this. So the numbers are with 15 days less for EU (launch 2 weeks later) and the Japanese sales are not included.