Here's a brief history lesson for folks new to Guilty Gear Xrd. The first Xrd game, Guilty Gear Xrd -Sign-, launched in arcades and on PS3 and PS4 in 2014. An update/sequel arrived in 2016 called Guilty Gear Xrd -Revelator-, which included eight new characters, new arenas, a robust tutorial mode, and other extras. On May 26 of this year, an update to -Revelator-, titled Rev 2, launches on PS3 and PS4. Those who already own -Revelator- can upgrade digitally to Rev 2 for $19.99. Newcomers can invest in the standalone package for $39.99.

Whereas -Revelator- was a significant upgrade over the original -Sign-, Rev 2 feels relatively inconsequential. The update includes new story chapters, two additional characters — fan favorite Baiken and newcomer Answer — a full rebalancing of the roster, improved matchmaking, and extra cosmetic items. The end result is the richest and most complete version of Xrd, but not one that makes the original -Revelator- irrelevant. Players who already own -Revelator- may wish to stand pat. Those who have never played Xrd, however, should seriously consider jumping in. 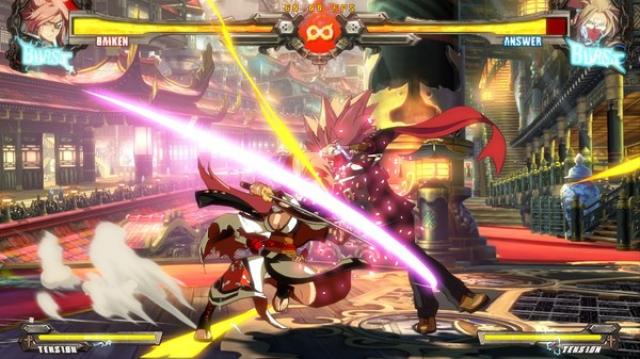 Rev 2 includes all of the features that made -Revelator- so special. Graphically, it's a knockout. The game's cel-shaded 3D animations are gorgeous to watch. Developer Arc System Works clearly put a lot of time and energy into the design of each character, stage, intro, and super move. Rev 2 is simply one of the most sumptuous games available on PS4. 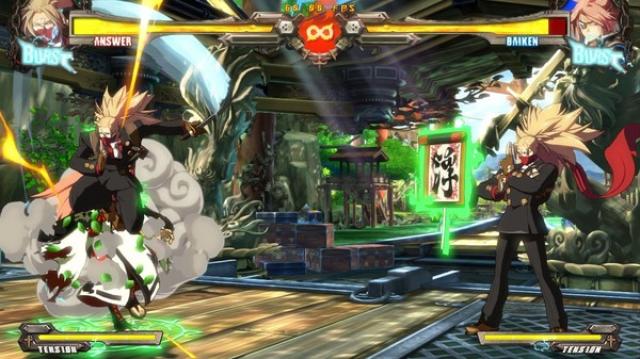 Baiken and Answer, Rev 2's exclusive characters, are two of the more interesting combatants from a mechanical point of view. Baiken, the lone samurai, is an offensively-minded character who uses her Azami stance to counter attacks, on the ground and in the air. Answer, the business ninja, fights by laying traps and anchors around each stage. If these move sets sounds a little intimidating, that's because they are.

Luckily for the uninitiated, Rev 2 included one of the best fighting game tutorials ever produced. It introduces to rookies all the basics, plus advanced moves like the "Roman Cancel," which interrupts a player's move and briefly slows time so that he or she can transition into another combo. The tutorial also makes learning fun. Players will need to jump and air dash to pop balloons or escape flaming geysers, or play carnival-esque games to progress. It's an effective and entertaining way to teach players the complicated systems in Guilty Gear. 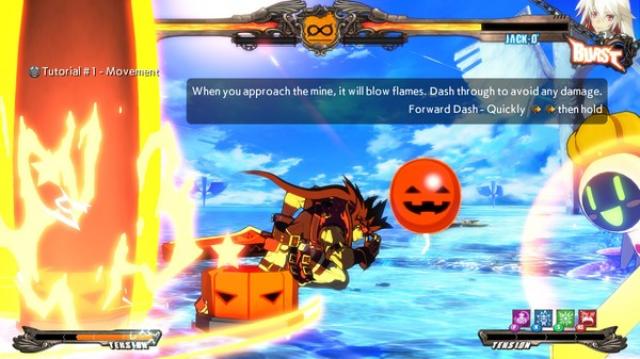 After finishing the tutorial, players can move on to several modes, including arcade, story, M.O.M, and online. Arcade is the standard fighting game solo mode. Players climb the ladder and fight increasingly powerful enemies in one-on-one combat. Along the way they'll learn about each character's actions in the days before Rev 2's story mode. A non-interactive movie, story mode remains a lost opportunity across all versions of Xrd. The production values are high, and in Rev 2 new story chapters are added, but the entire experience is passive.

M.O.M mode, an RPG-like survival mode, is a fun diversion. Players will fight a series of enemies, regaining life by defeating foes, collecting medals, and buying new equipment and items. 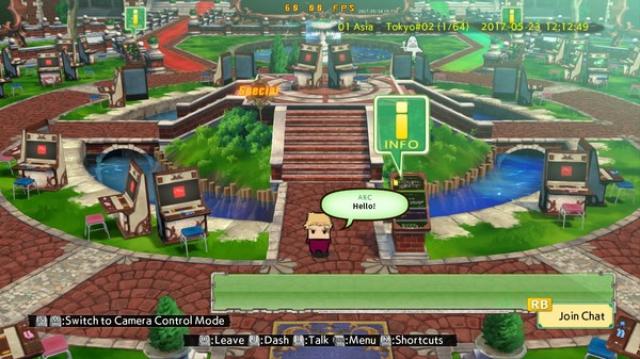 Online mode allows players to match up with others from around the world. Making online play especially enjoyable is its lobby system. Each lobby is a large garden inside which players can roam around, play mini-games, and sit at a physical arcade cabinet to compete with other online avatars. It's one of the best of its kind.

With 25 characters, two of them new to this version, plus added story chapters and gameplay tweaks, Rev 2 is the definitive version of one of the finest 2D fighters of the generation. It's not a quantum leap over -Revelator- but it represents the peak of the Xrd series.

This review is based on a digital copy of Guilty Gear Xrd Rev 2 for the PS4, provided by the publisher.