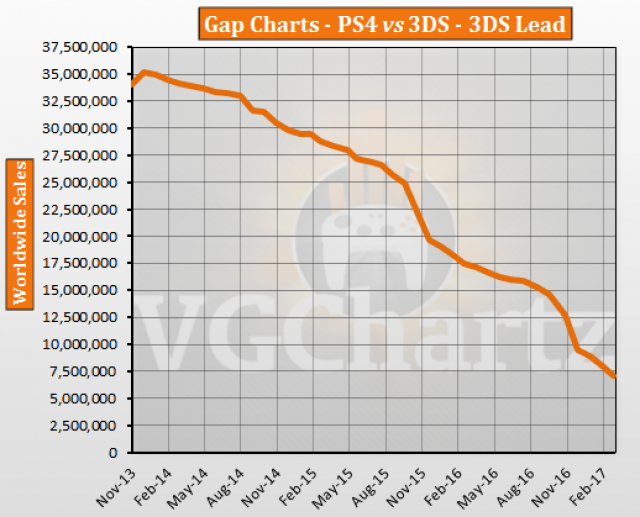 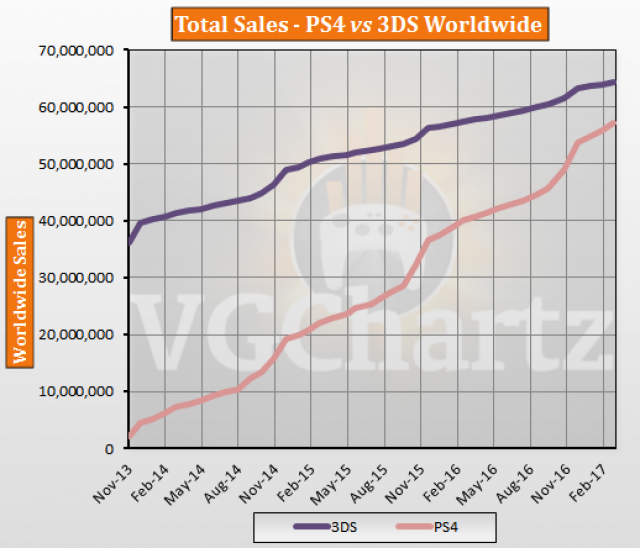 Dang, 10 million more ps4's sold in the past year than 3ds'. I mean it's to be expected for it to sell better, but 10 million is extremely impressive.