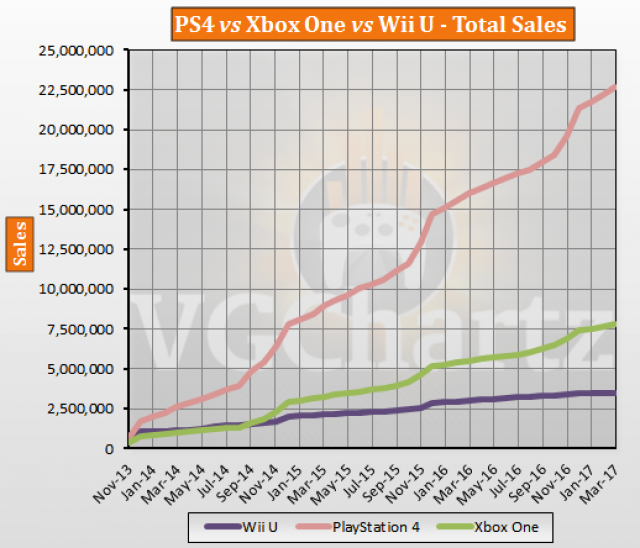 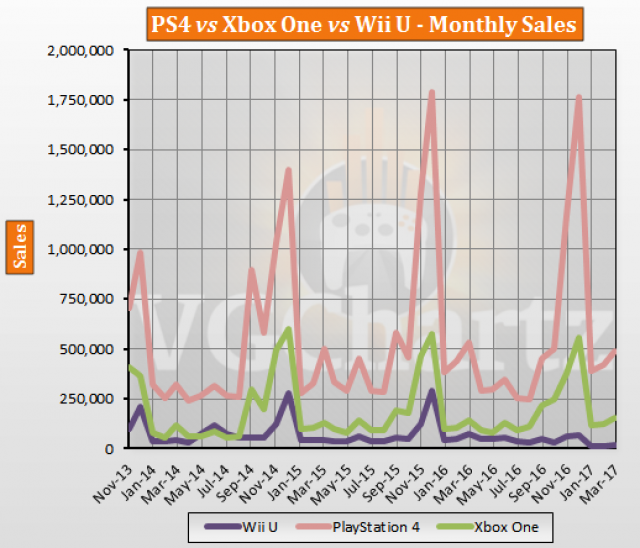 Looking at market share for the month, the PlayStation 4 managed to achieve 74 percent. The Xbox One accounted for 24 percent of the consoles sold, and the Wii U just two percent.

Wow it was just a small amount of time, but the wii U outsold the xbox one.

I was expecting PS4 ahead but i didnt knew it was by this much.