The Major League Baseball game from Sony Interactive Entertainment - MLB The Show 17 - sold 612,291 units first week in the west at retail on consoles, according to our estimates. First week sales can be viewed on the VGChartz Global Weekly Chart for the week ending April 1. 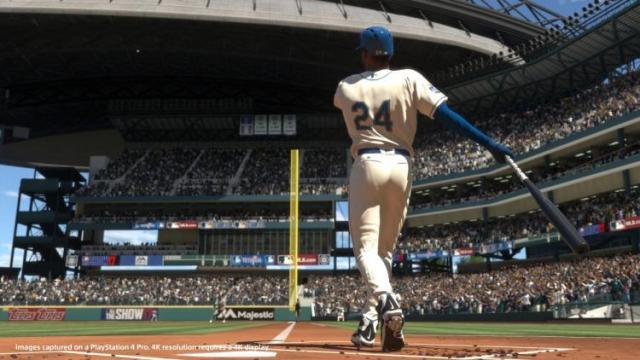 MLB The Show 17 released for the PlayStation 4 on March 28.

Excuse my language but holy shit that's some fucking growth! MLB 16 is the best selling game in the series so far and did 277k first week, this has done more than double that! o.O

No kidding, I wonder if their marketing was different or the larger user base or maybe a growing interesting in baseball (after the cubs win)?

As a fan of baseball I've seen more marketing for this game during baseball games than any other game in the franchise.

Ah gotcha, I guess that's that. More/better marketing lead to just WAY better sales. Glad it worked out for them

The World Baseball Classic was this year.

Huh, that's unusual growth for a long running sports game. Even did surprisingly well outside the US. Okay, good for Sony.

Obviously Vgchartz could have made an error with the tracking but if these numbers are even close to accurate then holy shit. Especially if you add on digital. Massive growth!