The Ups and Downs of the Prey Demo - Article

The Prey property has a long and bumpy history. The first game, released in 2006, had been in development limbo since 1995, recalculating over the years according to different designs, technologies, and narratives. A planned sequel suffered through a similarly rocky period, as the Prey IP left 3D Realms in 2009 and ended up with ZeniMax, the parent company of Bethesda. In 2011, for unknown reasons, Prey developer Human Head stopped production of Prey 2. Two years later, Bethesda assigned the game to Arkane Studios (Arx Fatalis, Dishonored).

The new, reinvented Prey, courtesy of Arkane, arrives on May 5. Since April 27, Bethesda has offered to PS4 and XOne owners a demo that includes the opening hour of the game. It's a robust, generous demo not unlike Resident Evil 7's "Beginning Hour." It shines a light on Prey's gameplay systems, which more closely resemble System Shock, BioShock, and Deus Ex, and share little in common with the original 2006 title. 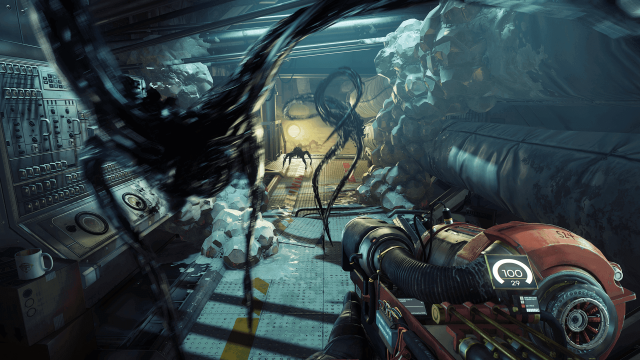 Prey follows Morgan Yu, a scientist aboard a space station infested with hostile alien life forms called "Mimics." Able to mimic everyday items like coffee mugs and chairs, Mimics are frightening enemies. During the demo, players will encounter mimics in several forms, some of which are small and spidery, some bipedal and ferocious.

While Mimics are a new and interesting adversary, the combat situations with them are far less impressive. Combat in general is the weakest element of Prey. It's clumsy and awkward. This might be intentional on the part of Arkane — the game reminds players at one point that it's possible to sneak around or outsmart powerful enemies —but if direct combat is an option it should be enjoyable. 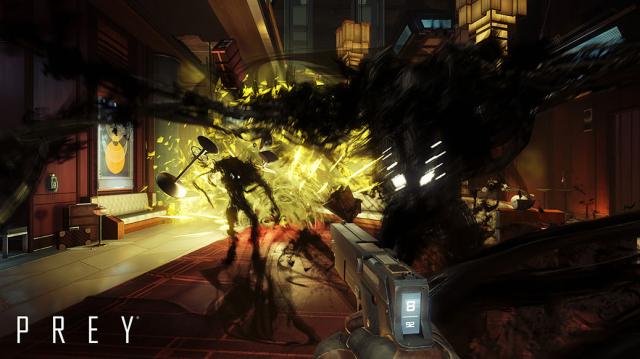 The worst part of combat is the blaring music that plays during enemy interaction. Once a Mimic is discovered, the game blasts jarringly loud music until all Mimics in the area are dispatched. On the one hand, this allows players to understand when a combat scenario has begun and ended. On the other hand, it saps all of the tension from the game. It defeats its own purpose, to quote Robert DeNiro in Raging Bull. Mimics can hide in any interactive item in the game, after all. Better to put the player in a constant state of anxiety than to make loud, obnoxious signals when a Mimic is in the room.

Combat aside, Prey has several intriguing gameplay systems that make it attractive for fans of slow-burn first-person action-adventure games. Early on, the game encourages players to "play your way." It suggests to its audience that it can experiment with different approaches to overcome challenges and enemies. 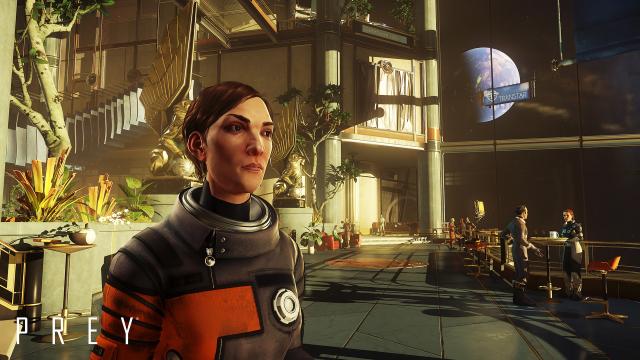 This isn't mere lip service. Throughout the demo, players can embrace different play styles to achieve their goals. In one section, players can bypass a security door by either finding a hidden badge or sneaking through an air duct. In the following area, players can access a higher floor by fixing a broken elevator — with the help of a neuromod, which grants Morgan new skills and abilities — or by using a GLOO cannon to create platforms.

Open-ended exploration is another strength of Prey. There are no discrete levels in the game. Rather, the Talos I space station is one large venue that Morgan explores and re-explores throughout the game. 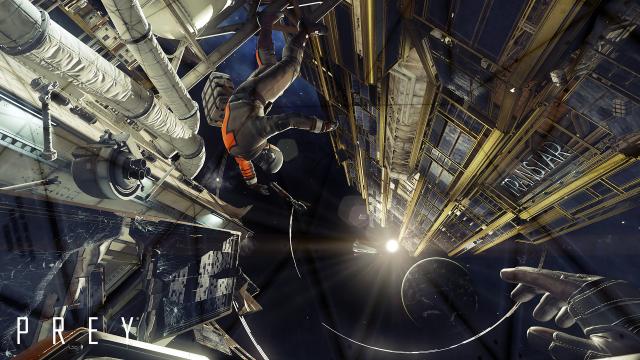 Toward the very end of the demo, Prey introduces the Recycler and Fabricator, two enticing modules. The recycler reprocesses the useless items Morgan finds around Talos I into synthetic, mineral, and organic material, which can then be used in Fabricators to construct dozens of useful items.

For fans of games that encourage leisurely exploration and freedom of choice, Prey may be a winner. Fans looking for satisfying first-person shooting or anything approximating the portal-based puzzles of the original Prey will most likely walk away disappointed.

While most of the soundtrack is good, I do agree with you that those loud, blaring chords that play whenever you encounter an enemy are annoying. They're much too loud relative to the rest of the game audio. I highly recommend anyone that plays this game adjust the game audio setting before playing to reduce the music volume, or else you will hurt your ears.

The more I think about the combat music, the more I feel that the devs want to hold players by the hand, rather than going with subtle music, where you have to think for yourself if the enemy has been cleared out or not.

The more I think about the combat music, the more I feel that the devs want to hold players by the hand, rather than going with subtle music, where you have to think for yourself if the enemy has been cleared out or not.

I hope this game delivers. It looks awesome.

I agree with the combat flaw. As stated, liek Deus Ex, you can choose stealth or combat - but in combat you are so ridiculously underpowered compared to your enemies its not a very viable option.

Story seemed interesting but the gameplay was very bland IMO. Especially the monsters you start off fighting.

The music is actually refreshing to have.Too many western studios use ambiental musics where an irchestrated score would be far more suitable.I mean, I understand where you are comming from, but I like this direction.The two problems with this "battle music", is that it begings too loud, and even after you defeat the aliens, it still keeps playing for like 30 seconds.For the gameplay, I really loved it.Yes, its a bit stiff, but its really enjoyable.I just have an issue with the narrative.Morgan shouldnt be silent in my opinion(as in outside of the videos)

I do agree that the music overall is really nice. It's by Mick Gordon who created the tracks for the Doom reboot last year.