The action RPG from Electronic Arts and BioWare - Mass Effect: Andromeda - sold 1,031,628 units first week in the west at retail on consoles, according to our estimates. First week sales can be viewed on the VGChartz Global Weekly Chart for the week ending March 25. 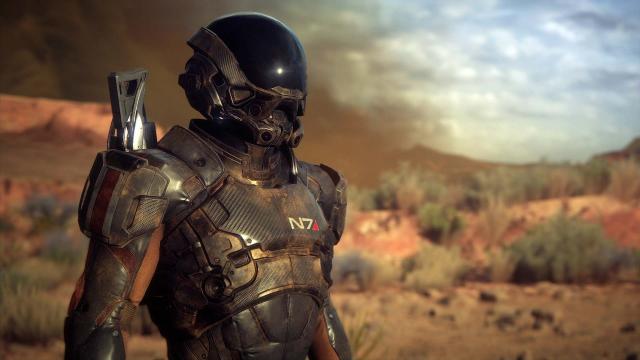 Mass Effect: Andromeda released for the PlayStation 4, Xbox One and Windows PC in North America on March 21 and in Europe on March 23.

Considering Mass Effect 3 sold more first week on 360 alone, this is kinda a blow to the series.

Not surprising considering the low reviews though. The legs have been really bad too from what I've seen.

It probably also seen as a spin off (which it technically is) which doesnt help.

After the controversy with ME3, it was unlikely to equal its sales. The technical issues and subpar animations didn't help matters. Even if Andromeda was universally praised, I highly doubt it would have equaled ME3's sales. Simply put, after ME3 a large part of the gaming public developed an inherit distrust of reviewers.

I love the series, but I've been holding off on this title while the kinks are worked out.

I imagine there'd be a significant number sold digitally as well. Particularly on X1 and PC where you had the EA Access trial.

I'm glad. I honestly don't care about the graphics, facial animations, etc. and I've only encountered small bugs (nothing game breaking). But what gets to me is just how much the game has been affected by the cancer that is feminism. This game is a feminist's wet dream. All the major leaders (or people in power) are women. It's like 75 % of people in power are women. Then you rarely have two NPCs of the same sex speaking to each other. It's 80% of the time one female talking to one male, as if "equality" meant you had to have gender parity in ALL circumstances.

And then all the average looking females, apparently because having beautiful women means sexualizing women. Bioware has become a breeding ground for SJW and feminists. It's too bad. What I've always like about Bioware is the amount of dialogue and text to read and the whole "interactive book" thing it has. I haven't found anything comparable so I keep sticking with them, but this feminism and SJW crap is unbearable.

You people are funny. "Women should sex objects and sex objects only!" Just stick to CoD. That should satiate your manliness

What on earth are you on about? I mean, the spam sales posts from the bot accounts don't contain this much rubbish.

nothing but lies in this post, dude ... do you played the fucking game?

I'm not going to spoil the game, but man you are full it. It is not 75%, if this was SJW/Feminist showcase, the female characters would be flawless while the male characters would be presented as incompetent screw ups. That isn't the case in the slightest. The Nexus leadership has 50/50 split. The biggest screw up among them, who I won't name, is a woman.