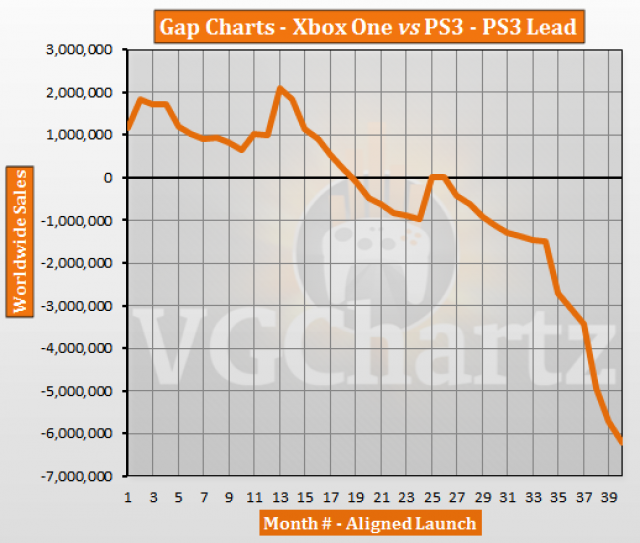 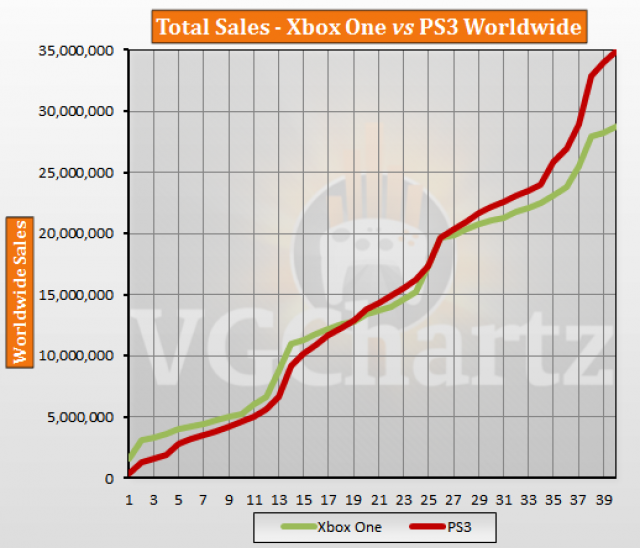 I love this charts.

The ps3 is powering ahead now

So it took 19 months for PS3 to "catch on". When did ps3 drop the price by removing BC?