The third-person tactical shooter stealth game from Rebellion Developments - Sniper Elite 4 - sold 226,620 units first week at retail on consoles, according to our estimates. First week sales can be viewed on the VGChartz Global Weekly Chart for the week ending February 18. 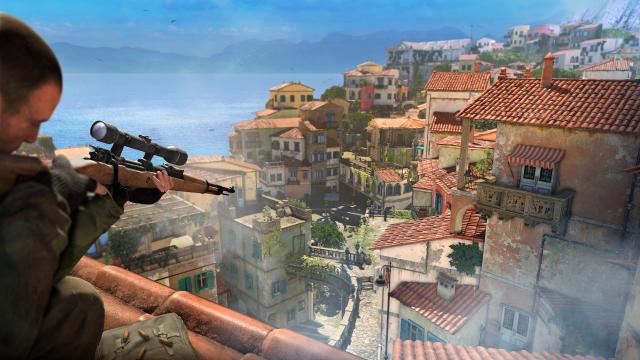 Sniper Elite 4 released for the PlayStation 4, Xbox One and Windows PC in North America and Europe on February 14.

Never played the series, but I think it's home is on PC so that is probably where it sold best.

Is the co op for campaign or is there some random co op mode that's not part of the campaign?

Co-Op is back in a big way with Sniper Elite 4 with three separate co-op modes on display. Three overwatch missions make a return, a feature the series has had since the first game. In these missions one player is the sniper while the other is a spotter, or in Sniper Elite 4’s case, a saboteur. These maps are equally as huge as the campaign missions themselves and really force players to work together to complete all objectives.

The campaign itself in Sniper Elite 4 is playable in two player co-op. You’ll want to crank up the difficulty a bit while doing this, but it’s a satisfying way to enjoy the story with a friend. The level design lends itself well to both split up and work together to complete the objectives. Adding in co-op means you can revive a downed pal making things slightly easier. As a bonus, the game provides matchmaking for the co-op campaign making it easy to find a game to play.

Wow sounds like a lot of goodies for coop. Is the coop local or online or both? Thanks for all these details!

You will need 2 consoles and Xbox Live gold to enjoy this amazing co op experience :)