Project 007 Could be Part of a Trilogy

Werewolf: The Apocalypse – Earthblood Gets Gameplay Trailer Ahead of February Release

The game is the best-selling new first party IP launch on the PlayStation 4 and is Guerrilla's biggest debut ever. 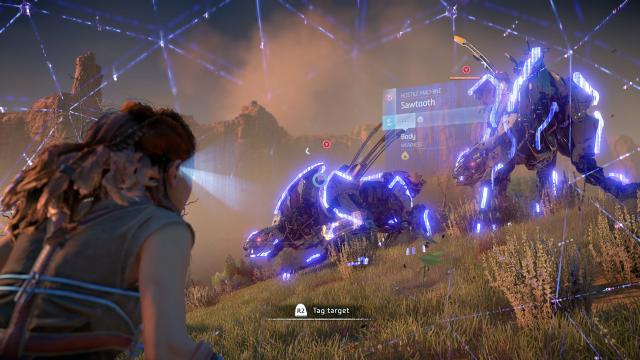 "We knew Horizon Zero Dawn was going to be something special, so to see the incredible critical reaction to a brand new game world translate into this level of sales is really gratifying," said Shawn Layden, Chairman of SIE Worldwide Studios. "Guerrilla has created a game that is nothing short of exceptional, and the reaction we have seen from fans – from hours and hours of gameplay streaming to endless photo sharing – shows just how impactful it has been."

Guerrilla Managing Director Hermen Hulst added, "We're thrilled that Horizon Zero Dawn has been embraced by critics and players alike. Developing the game was a labor of love, so it's extremely satisfying to see that it elicits the same passion and enthusiasm from the gaming public that we felt during its development. This is only the beginning of Aloy's story and our exploration of the world of Horizon Zero Dawn, with the team already hard at work on an expansion to the story."

Holy numbers! Did not expect this much at all. Hopefully good legs as well

Killzone is a pretty underrated series so I'm happy that they have something that Is super successful and adored. Guerrilla Games deserves this one.

Yeah, looking forward to it because it's tough to make comparisons to TLoU's 1.3 million opening considering HZD's opening includes digital.

Yes, expand that story guys. Get it. Well deserved.

Straight up awesome numbers!
Hopefully the success of this game will show other developers that taking chances on new and original IPs CAN be a good thing.
-TAKE A CHANCE NINJA APPROVED-

It literally took Killzone Shadowfall two YEARS to sell this much.

GOTY for me, nothing is going to top this in 2017 imo, it's breathtakingly beautiful, the story is fascinating, the gameplay is incredibly rich with RPG/action/adventure elements, the characters (particularly Alloy) are well voiced with generally good dialogue and you genuinely care what happens to her and want to discover more about her.

I haven't followed up much on this title. Is there any multiplayer? Is it on pc too?

@bandorr Well, I don't plan on buying the game so I don't feel a need to read the article. Just curious as a game industry fan. No need to be a jerk over simple questions.

@bandorr Because, as I mentioned, I'm a game industry fan. I don't even own a ps4 or play over the shoulder 3rd person single player games. But if the multiplayer is good and on PC - I might have interest. Not sure why your feathers are rustled over simple questions.

So you didn't read the article, you don't like the genre of game this is in, haven't done research on it, but if it was on PC, you'd be interested?

I highly doubt that, because this was a highly promoted game for the last 12 months and if you were an "game industry fan" like you say you are, you'd at least know about this game.

I think the "ruffled feathers" comes from someone doing less than the bare minimum to even add anything to the the context of the above article and asking questions about something that is explained in the very first sentence of the article.

So, we can assume, that you saw the headline, clicked on it and rushed to the bottom of the page to post questions about something that are summed up right at the top the page.