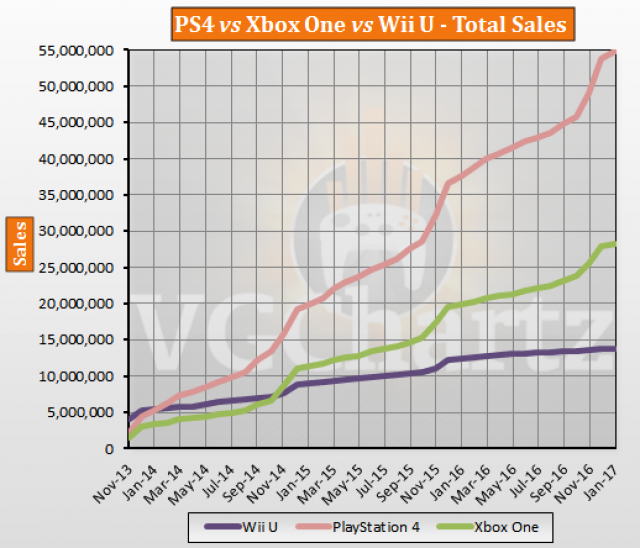 Looking at the total sales of the PlayStation 4, Xbox One, and Wii U in January 2017 shows how the PlayStation 4 has continued to dominate over the Xbox One and Wii U, outselling both of them combined by 12.69 million units. The Xbox One in turn continues to increase its lead over the Wii U and has outsold it by 14.44 million. 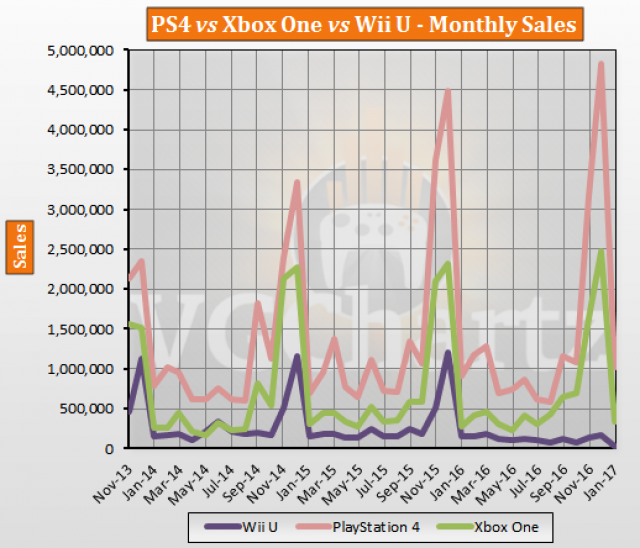 Taking a look at the marketshare, the PlayStation 4 managed to achieve 74 percent. The Xbox One accounted for 24 percent of the consoles sold, and the Wii U just two percent.

Good month for PS4 with the current support it should stay ahead of 2016 for quite some time.

I wonder if we're going to compare the Switch with PS4 and Xbone? Or if it makes more sense to call it the beginning of gen 9?