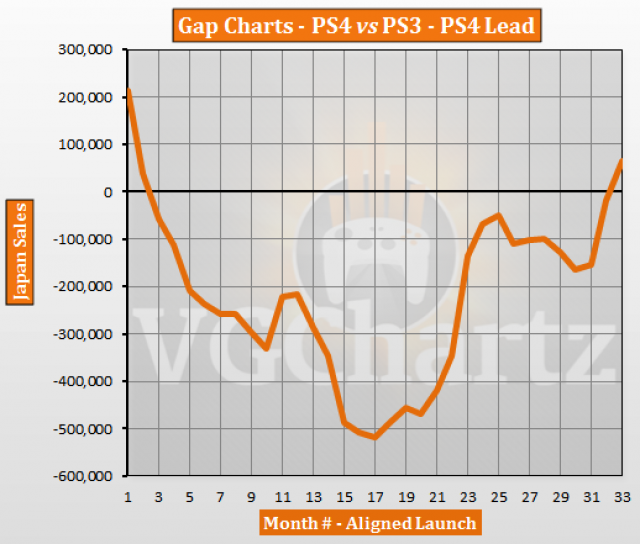 Now it's time to build up a big lead before the emperor (PS3) strikes back!!

Awesome new! Even with it's rocky start there, PS4 is taking it back! Just further proof that PS4 is going outsell PS3 by a pretty sizable margin.

Hey William, do you think you could start adding markers in the graph for when each system has its holiday? (I know I can figure it out by looking at the launch month and calculating it, but when you have two different systems launching in different months it becomes too much of a hassle). I'm thinking like a colour coded dot (say purple for the PS4, and red for the PS3 or whatever) that you just add above or below the graph for each point corresponding to a november. And you could extrapolate that to other gap charts where the two compared systems didn't launch in the same month. Or is that too much of a hassle?