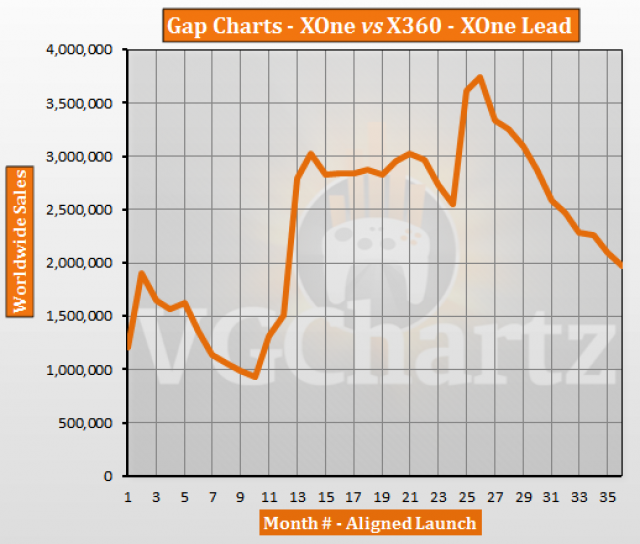 If X1 is falling behind relative to 360 and X1 that raises some interesting issues....

I think everyone, including MS, knows XB1 will not sell 85 million units in it's lifetime. It's not gonna beat the 360. Chances are, it's going to sell around 65 million units, provided it peaks next year, rather than this year.