The Rise and Fall of Halo, Part II: Finishing the Fight - Article

Continued from Part I...

Although Halo sold remarkably well on the original Xbox, it wasn't until Halo 3 on Xbox 360 that the series rose into the stratosphere. Microsoft announced that the first day sales of Halo 3 reached $170 million in the United States alone. Microsoft Game Studios Corporate VP Shane Kim said at the time that "Not only is Halo 3 setting sales records, it's also redefining entertainment. Within the first 20 hours alone, we've seen more than a million Xbox Live members come online to play Halo 3 - that makes September 25 the most active Xbox Live gaming day in history."

Halo 3 represented the most feature-rich Halo experience yet. It boasted an epic single player campaign, loads of multiplayer modes, and, for the first time, a map-editing tool called Forge. The campaign, which supports up to four players, is an excellent conclusion to the original Halo trilogy, one that wraps up loose ends from Halo 2 and expands the Halo universe. It suffers a bit from recycled ideas and a truly frustrating mid-game level called "Cortana", but overall it's a worthy chapter in a legendary franchise. 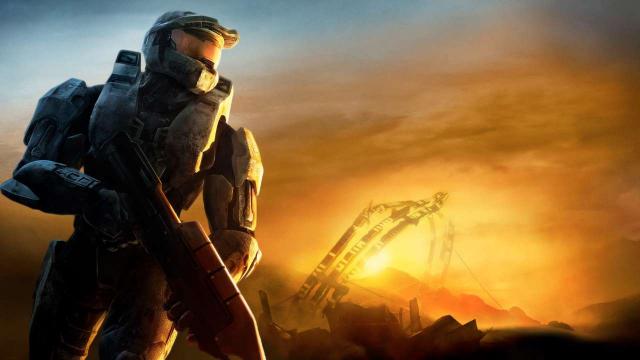 The heart and soul of Halo 3 is multiplayer, and it's here where Bungie revealed its masterpiece. By adding game modes, weapon fixes, and new, perfectly-designed maps, Bungie created a multiplayer experience for the ages — one that has yet to be topped by its successors or any other shooter franchise. Few first-person shooters can match the intensity of riding an Elephant across the dusty dunes of "Sandtrap" or picking off unsuspecting combatants from the sniper tower on "Guardian."

As Halo 3 launched with only 11 multiplayer maps — fewer than either Halo: Combat Evolved or Halo 2 — many fans turned to the new Forge mode to make their own. Forge introduced to the world of Halo a brand new level of customization and replay value. A map editor where players can place weapons, items, and equipment, Forge essentially offered unlimited replayability for the Halo faithful. 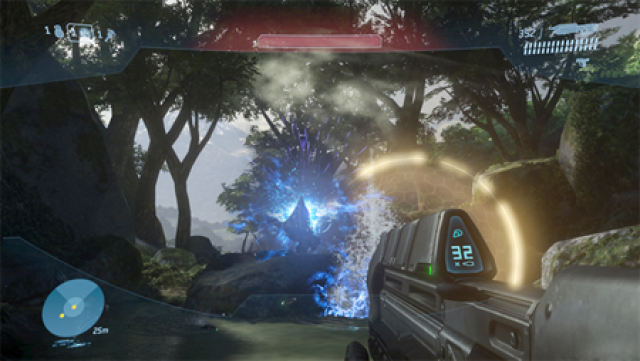 With Halo 3 in the books, the development teams at Bungie shifted focus to new projects. The majority of staff concentrated on Halo: Reach, a prequel that recaptured the fall of the UNSC planet Reach and the events that immediately preceded Halo: Combat Evolved. A smaller team developed what would become Reach's aperitif, Halo 3: ODST.

The core of the ODST team was the group that had previously worked on Halo Chronicles, a shelved project meant to work in tandem with a Halo movie. When financing for the movie dried up and Peter Jackson, its scheduled director, moved on, Chronicles was mothballed. According to ODST story director Joseph Staten, "...we were left in this position where we had a team, we had a good vibe and we had this window — a very narrow window of about a year. All we needed was this spark to light a fire to begin an idea." 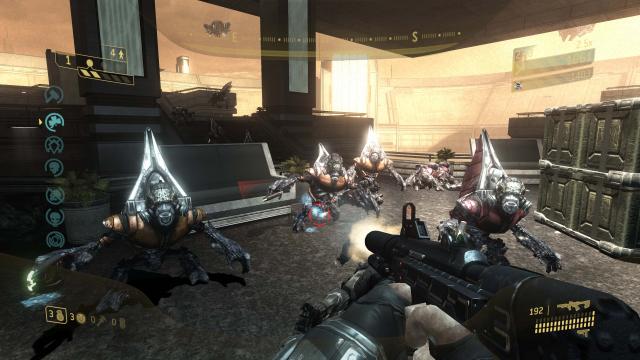 Set in a single urban location and focused on the adventures of a group of marines, ODST was a far cry from the extraterrestrial exploits of super-soldier Master Chief. Grounded, both physically and thematically, ODST is by far the most unique Halo campaign; one that plays with narrative logic and experiments with a jazzy, ambient soundtrack. As a result it stands today as one of the most polarizing games in the series, one that is frequently cited by fans as either the best or worst of the saga. 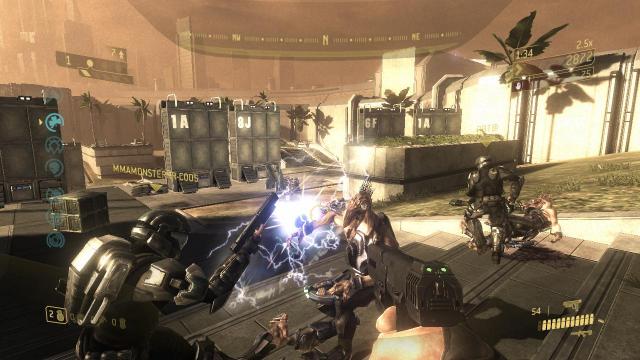 In addition to its unconventional campaign, ODST introduced to the series "Firefight," a Horde-esque mode in which up to four player fight cooperatively against waves of Covenant forces. This mode would be refined and enhanced a year later in Halo: Reach, the last Halo game developed by the series' creator Bungie.

"From the beginning you know the end." Thus read the tagline for Halo Reach, a mournful march through the darkest days of Earth's push outward into the galaxy. It seemed counter-intuitive for Bungie to end its tenure with Halo on a prequel, for one, and a story with a supremely unhappy ending, for two. Yet the tale of the fall of Earth's colony Reach offered up to Bungie a mostly clean slate on which to create. 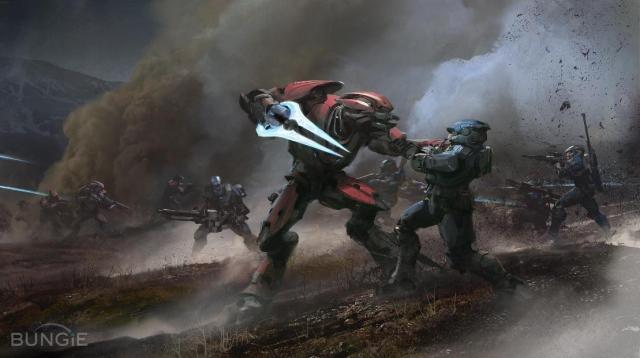 "Sure, we could have continued on with the series and thought of some other crazy paths," said Creative Director Marcus Lehto, "but what we really wanted to do — and this was an idea that came across the plate early on for us and that we immediately fell in love with — was the idea of going back to before the first game."

As a result, Halo Reach moved away from Master Chief, Covenant civil war, and Halo installations. Players control Noble Six, a member of the elite Spartan unit Noble team. Since Master Chief was out of the equation, the game's designers were free to offer up a new protagonist, one who was, unexpectedly, fully customizable. This turned out to be one of Reach's many strokes of genius. By allowing fans to create a Spartan from the ground up with custom armor and gender, Bungie bestowed on its hero (or heroine) a persona unique to each player. 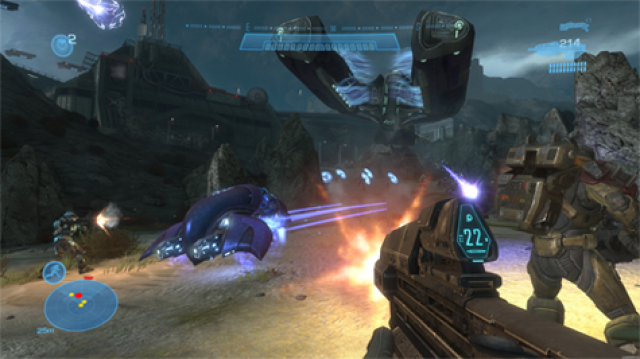 Another ingenious move by the development team was returning in full force to the dynamic, sandbox-style gun battles that had defined Combat Evolved. By taking advantage of the processing power of the Xbox 360, Bungie was able to create in Reach bigger environments and more complex AI, which led to large-scale, open-ended, unpredictable gun fights. This feature would be largely lost two years later in Halo 4, which focused on linear levels and scripted encounters.

Even as the campaign in Reach was a thrilling and memorable ride, it was in the areas of multiplayer and Firefight that Bungie spent most of its resources. Reach featured all of the standard Halo competitive options, along with new playlists like "Headhunter," "Stockpile," and "Generator Defense," many playable in an expanded Firefight mode. With dozens of game modes and customization options, Reach offered something for everyone. 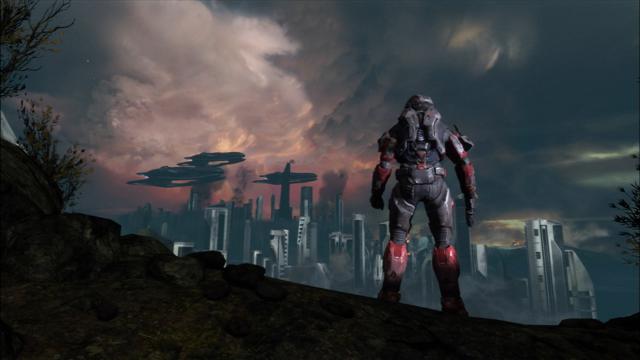 Overall, Reach was a triumphant swan song for Bungie, who for a decade had steered the Halo franchise. Taken together, the Halo trilogy, ODST, and Reach represent, arguably, the finest collection of first-person shooters ever produced. It was all the more disappointing, then, that the series took a steep downward turn beginning in 2012 with Halo 4.

I don't see how Halo is falling? I still think it's one of the biggest gaming franchise in history. Master chief is still one of the most recognizable video characters ever....

Having bought Halo:CE day one, and exploited every glitch, finished campaign on legendary, and plain and simply knew the game inside and out; IMO bungie went on a slow decline starting from the top and finishing it's descent at Reach.

Sure Halo 2 had it's improvements in multiplayer, but it was obvious (and on record no less) that Bungie had immediately handed over the day to day operations to MS and was in an advisory mode. The campaign maps were a mess! Tiny little corridors and skirmishes that felt random and unfulfilling.

H3 was pretty nice, but suffered a lot of the same problems as 2. Still, as far as trilogies go, Halo 3 lifted the series back up a bump. Then ODST and Reach dropped down for me as the series continued it's excessiveness regarding adding stuff it never needed.

Halo CE was simple and perfect. A couple great enemies against a couple great heroes. Larger than life levels with epic purpose around each turn! Gameplay and physics were easy to learn and master.

I don't know why the sequels added so much in the way of weird weapons/pickups. Maybe it's me, I could not see the point. The biggest crime for me was the shrinking corridors. "Seamless" was the word that sold me originally. I didn't see it as a factor in the sequels.

I recently played H4 and strangley ... I really liked it.

Reach is no doubt my favorite Halo game. Bungie left with a bang. However looking at Bungies direction with Destiny. I am glad there not making Halo games anymore.

Eh, the singleplayer was good but I hated the multiplayer.

Although 343 Industries is clearly just spinning their wheels with the franchise's story, I still loved Halo 4.

must say while I truly loved original Halo's from Bungie I actually really like what was done in 4 and 5 as well.

Eh? I was never a Halo fanboy but played all the games. I honestly didn't notice the difference between 3, Reach, 4 and 5. I mean the story lost its way i guess, but gameplay wise it all felt exactly the same...

Wait - when did Halo 'fall'? Half my friend's list plays it on a daily basis and is still a blast in parties.