The action adventure game from Square Enix and Crystal Dynamics - Rise of the Tomb Raider: 20 Year Celebration - sold 383,579 units first week at retail on the PlayStation 4, according to our estimates. First week sales can be viewed on the VGChartz Global Weekly Chart for the week ending October 15. 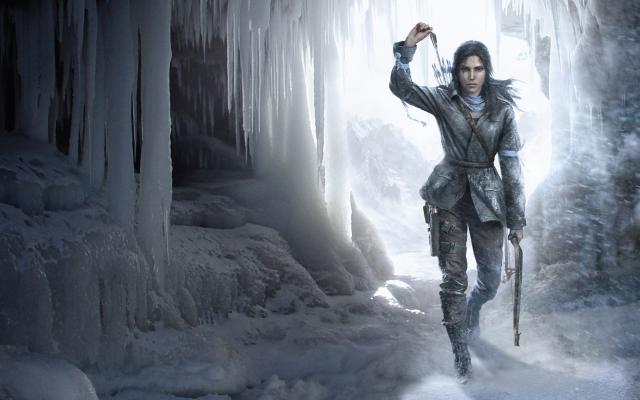 Imagine how well this would have sold if it launched on ps4 last year. Numbers would have been huge.

Not a guarantee. But its doing well in a post Uncharted 4 world. Which proves my point, great games sell even if their late

Of course it's doing well. We're talking ps4 here, almost every good game on it does well. But if it released last year it would have done double or treble these numbers.

I would have easily done double the ps4 numbers or triple the xb1 numbers. Triple the ps4 would have been harder but possible. Look at games like far cry. Traditionally they'd be more xbox centric then Playstation. Yet it sold 3:1 in favour of the ps4. Tomb raider is way more Playstation centric then far cry. An opening bigger than 3:1 was definitely possible.

Youre speculating, also RotTR benefitted from the holidays last year. This should as well.

On a side note, people expected much better numbers for SFV due to its exclusivity. So your massive sales speculation for RotTR could be unrealistic as well. Bottomline, people were flatout wrong for thinking X1 exclusivity killed this game.

Lol so much irony. You say I'm speculating and then you go onto speculative!!

And then you go off on a tangent bringing up SFV which sold badly because it was a bad product. As if an XB1 version would have helped much.

My "massive" sales expectations for it are actually realistic. Games that are heavily Playstation biased like TR generally sell 3/4:1 in favour of the ps4 to the xb1.

I think its fair to assume a chunk of PS4 owners just played it elsewhere. 360, X1, and PC were all viable options.

Judging by the sales elsewhere I doubt that. And lol that's what you call speculation right there. Ironic you took issue with me speculating.

I'm making safe assumptions, you're making bold predictions. Rise of The Raider actually sold well even before the PS4 release. Probably well into 3 million. I guarantee some of that was PS4 owners, I'm just not giving a number. :-p

Of course "some" of it was. But nothing significant. And let's suppose a significant portion actually did. Then if the ps4 version launched side by side the sales would have been even more lobsided.

In reality though, a simultaneous release would have resulted in a 3:1 launch ratio and that's a pretty realistic assumption. We got data for other multiplatform releases to back that up.

Not bad, PS Pro and the holidays should give this game a nice pair of legs

How did this outsell xboxs first week a year later. Don't know if that's amazing or sad lol.

Twice as many players? It sold 385K to 230K and fixes a lot of the bullshit plaguing the game at release (the rebranding also helped).

Besides, it's Tomb Raider. It will sell great everywhere...

Why would it not sell more this time around, there is like 4 times the user base for PS4 than there were Xbones at that time.

Decent sales, I believe it could of done much better if it never had the timed exclusivity though, there would of no doubt been fanboys that refuse to buy it due to that and people that now feel it's an "old" game even though it's new for ps4. How much did it do first week in XBO???

Figures for the other versions are in the third paragraph. Xbox One version sold 242,079 units first week.

Let's hope Square Enix learned their lesson on this one :)

The numbers that the article lays out say that a full year later, the PS4 version on it's first week outsold first week sales of the XBO, 360 and PC combined? I wonder if this speaks to Square?

It is possible that it has damaged it considerably. Maybe even to the point that it will die sooner than it normally would. Guess we'll have to wait and see. It goes without saying that I hope they were wrong.