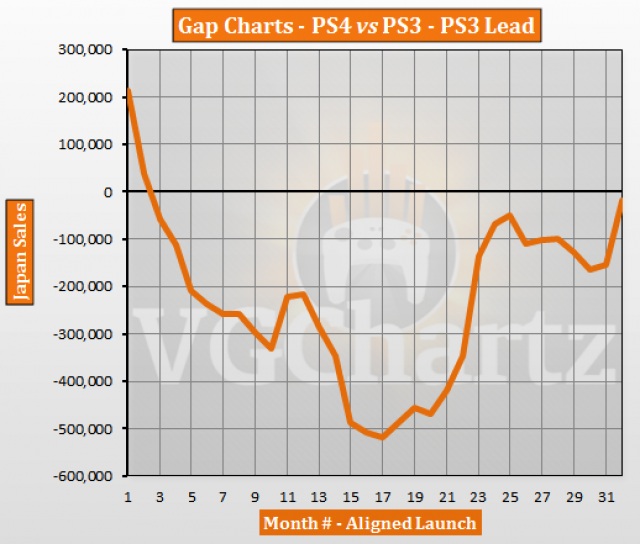 Im sure PS4 can sell 10 million in Japan

This chart is going to change in a big way over the next two months.

Mwahahaha, enjoy your undeserved downvote- the epitome of VGChartz humiliation!

even though I agree

My spidey sense tells me the PS4 is going to takeep the lead for quite some time after november.

Looks like PS4 is picking up some good traction. Persona 5, GR2, FF XV, and KH3 should really help out there.

Surprised to that the ps3 sold more in the same time period, but i think this will change from now very fast, as there are coming important games in japan, ffxv, the last guardian, yakuza 6, gravity rush 2, kingdom hearts 2.8, resident evil 7, nier automata, nino kuni 2, and i think at psx 2016 the list will be made a little longer:)

The PS4 had a bad first year regarding Japanese games. I think that the PS4 is the first Sony console to launch in the USA months before launch in Japan.

Ps4 made A big comeback after a slow start. About to take the lead!