Exist Archive: The Other Side of the Sky (PSV) - Review

In the grand tradition of Valkyrie Profile comes Exist Archive: The Other Side of the Sky, a 2D platformer-dungeon crawling hybrid. With a rich mythology and a fun combat system, Exist Archive is a title large in potential. Unfortunately, the end result is marred somewhat by a subpar user interface and a whole lot of backtracking through overlong, recycled levels.

Set on a fantasy world called Protolexa, Exist Archive follows 12 young people who are killed in an explosion in modern-day Tokyo. Transported to a parallel crystalline reality, the 12 men and women find themselves stuck in the middle of a struggle between two powerful forces. Cryptic and convoluted at first, the story in Exist Archive opens up after the first few chapters, unveiling a heady fantasy plot. 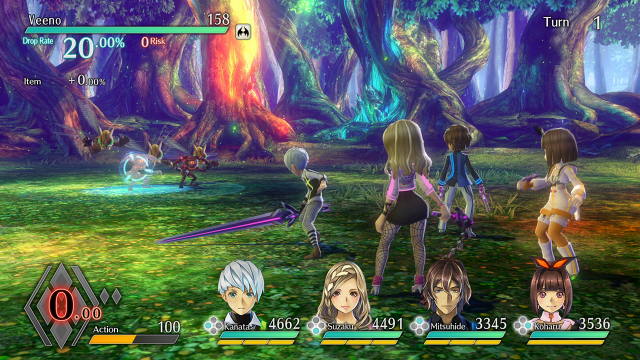 Designed by Spike Chunsoft and tri-Ace, the team responsible for Valkyrie Profile, Exist Archive is part platformer, part dungeon-crawling RPG. Each level consists of a 2D platforming section, in which the main hero Kanata explores, jumps, and runs afoul of monsters, and enemy encounters, which unfold like a traditional turn-based RPG in an isometric perspective. The platforming sections of each map are a bit boring and repetitive, but the battle scenes are thrilling.

Mechanically, there's nothing wrong with the platforming in Exist Archive. Jumping, sliding, and other special moves are easy to perform. The problem is that the game re-uses many of the same levels, so players must revisit a lot of duplicate locations to find a new hero or slay a monster. Players will also need to return to completed levels to complete beginner and intermediate side-quests in order to level up. Backtracking and grinding is the name of the game in Exist Archive. 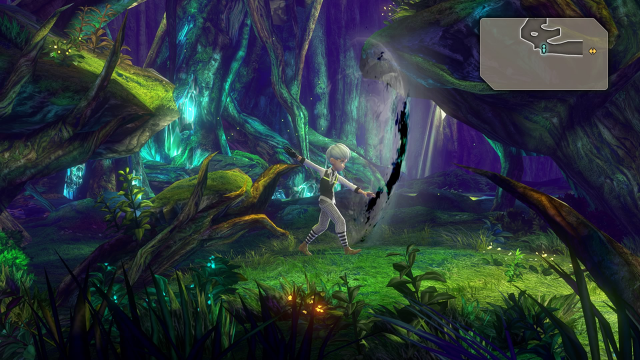 Interrupting the monotony of 2D exploration and platforming are some truly amazing battle scenes. Exist Archive is split into two phases: attack and defend. In the attack phase players press a combination of square, triangle, circle, and cross buttons — each representing a different member of the four-person team — to unleash physical attacks, summon magical spells, or use items. In the defend phase, the four buttons are used to throw up defensive postures.

Making monster encounters more interesting are defensive skills that, for example, summon a counter-attack if an enemy attack is blocked with perfect timing, and "Demon's Greed," a meter that fills according to the frequency of the party's attacks. Once filled, party members can unleash a "Greed" attack, a powerful, spectacular, gorgeously-animated assault that decimated enemy formations. Late in the game, the party will gain access to "Learning," which allows party members with high affinity to "learn" each other's skills. 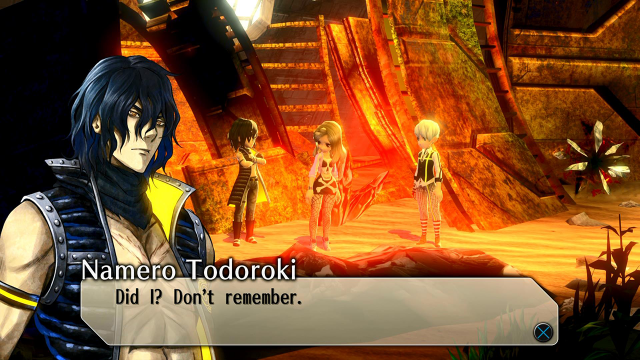 Affinity plays a big role in Exist Archive. At the end of each battle, an affinity report is displayed, showing how affinity either rose or fell during the events of the previous dungeon. This encourages players to mix and match parties to raise affinity and maximize the potential for "learning." Reinforcing this idea of party unity and friendship are multiple non-battle scenes where characters speak to each other. Alternately funny, serious, and heart-warming, these scenes allow players to explore their heroes' colorful personalities.

These personalities are further teased out during crystal hunts, in which the party goes in search of a crystal unique to each hero or heroine. These are accompanied by audio flashbacks and glimpses into what makes these young men and women tick. It's one of the highlights of the game. Unfortunately, some of the backstories for certain characters are underdeveloped. 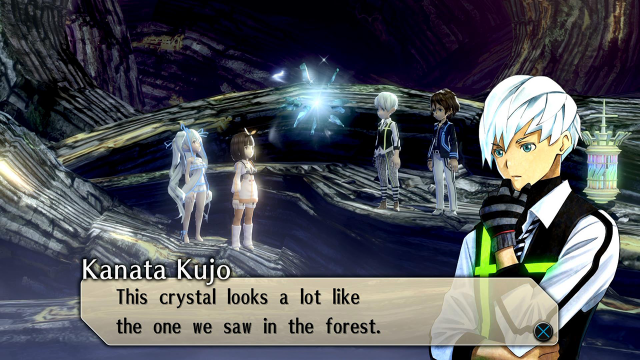 Overflowing with charming personalities and buoyed by a deep and rewarding combat system, Exist Archive is a nice addition to the Vita library. It's just too bad that recycled dungeons and tedious grinding show up to spoil the fun. Still, if you're a fan of dungeon crawlers in general and tri-Ace games in particular, and you're willing to look past those imperfections, Exist Archive might be worth a look.

This review is based on a digital copy of Exist Archive: The Other Side of the Sky for the PSV, provided by the publisher.

The minuses are no issue for me. At all. This looks very good, and I didn't even know it existed. Gonna see if I can get it physical asap.