Unbox is fittingly centred around boxes that can deliver themselves. You control the latest design of box - one which is set to ensure that the GPS (Global Postal Service) doesn’t go bankrupt - a one of a kind that can 'unbox' itself and unravel like a Russian doll. You're also tasked with stopping the company's first ever intelligent box, the rogue 'Wild Boss', from destroying the GPS and even the planet itself. 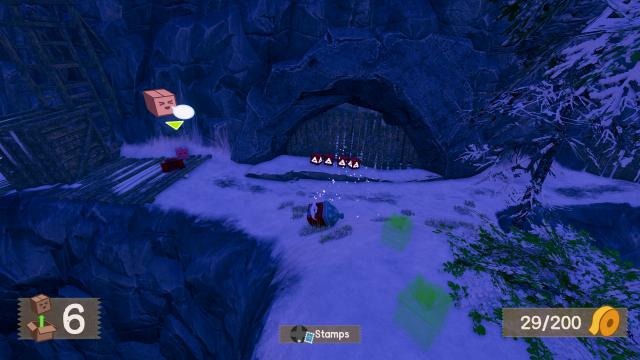 Unbox opens on a platform in the middle of the sea, which acts as a kind of hub world. From here you can proceed to make your way to three different levels, or worlds; one on a seaside resort, another in the snowy mountains, and finally one based on a tropical island. Each world contains the traditional platformer trope of collectibles, in this case items ranging from imprisoned boxes that you must free, to golden tape rolls, and finally stamps. Stamps act like Mario 64's stars and are used to take on the final boss within each of the three areas.

You acquire Stamps by helping out your box friends (who require you to perform trivial tasks, such as eliminating all of the enemies in the level, participating in races, or solving a quick puzzle). You can also find them hidden behind breakable objects in the environment, or in some cases just hiding in the open. It’s fairly fun searching for them all to begin with, but it does become tedious when you feel you've explored everywhere on the map but cannot find that final object. 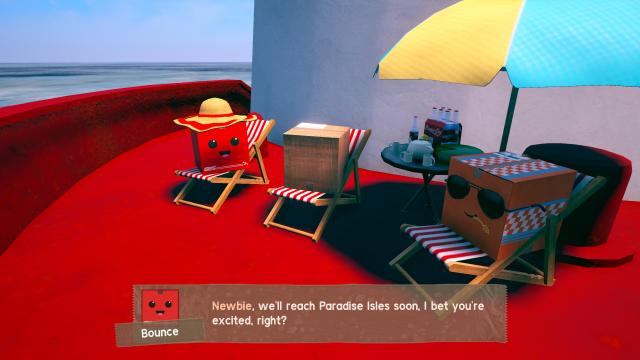 The unboxing mechanic I mentioned at the start isn’t just a play on words; it's a core part of the gameplay. You’re limited to unboxing yourself six times, and each time you do so you’re sent flying to heights that a regular jump would never approach. It's also an extremely useful tool for quickly traversing the world, although you'll miss quite a lot of the game's content within each level if you use it too liberally.

It’s almost as if Prospect Games crafted each level with precise but limited jumping mechanics in mind, but then at the last minute added in this new mechanic which, whilst fantastic in its own right, somewhat breaks the entire flow of the game. It’s a shame to say that in some respects Unbox would be better without its headline unboxing mechanic - if it didn't exist at all, for example, I could see the platforming gameplay working superbly, but as it is you can skip most of each level by simply unboxing your way to wherever you need to be.

Unbox is pretty cutesy and the charming aesthetics hold up well up throughout, with the game's anthropomorphic cardboard boxes being utterly delightful and funny. The humour falls a little flat at times (the blame for this primarily rests on the pacing and delivery of some of the lines), but it adds character to an otherwise by the numbers platformer. 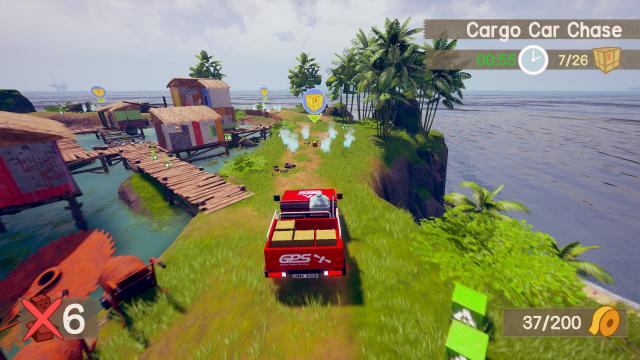 Unfortunately there are even more fundamental problems with Unbox. First of all, there are far too many bugs in the PC version that I played. The game would frequently crash to desktop at random times, or freeze when taking on a new mission. There were also occasions where I’d speak to a character to get a new objective only for the text box to never appear, leaving me stuck with nowhere to go and nothing to do but quit the game completely and restart.

The platforming also isn’t great, which is a shame because the level designs show off an attractive world that is almost begging to be explored and navigated like a traditional platformer. Unfortunately, the unboxing mechanic just ruins it all; for the vast majority of the game you’re not timing jumps as you should be, instead you're incentivised to just fly through the air towards your next objective and not really take in the level.

Side activities are similarly intriguing but don't seem to serve a purpose, other than to perhaps monopolise on YouTube talent. Take for example the vehicles that are strewn throughout the world. You can take control of them, but there's really no point; you cover more ground more quickly by unboxing, rather than driving, and none of the vehicles are related to collecting items. They seem to have been included purely in order to show off the game's physics. 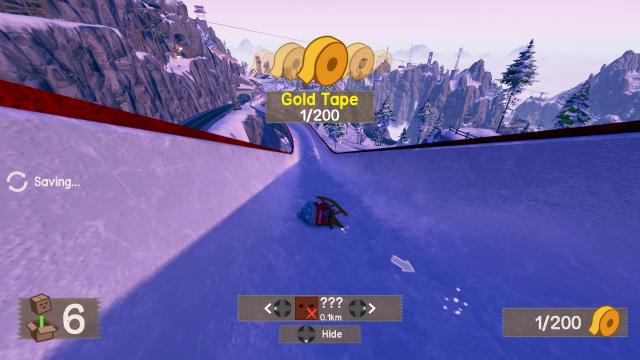 There's also a lack of variety. While the puzzles within levels are quite diverse, the locales are anything but. I couldn’t help but wish there was more content to get to grips with in general - the three levels and hub world can be completed and explored within five hours, for example, which isn't bad by any means for an indie production but I can't help but feel Unbox deserved more.

Overall, Unbox is a novel callback to platforming games of old. It manages to tap into what made the genre so popular back in the day, but it doesn’t add anything groundbreaking to the mix. Despite all of the bugs I encountered I genuinely I enjoyed my time with Unbox, it’s not quite as good as I had hoped it would be.

This review is based on a digital copy of Unbox for the PC, provided by the publisher. 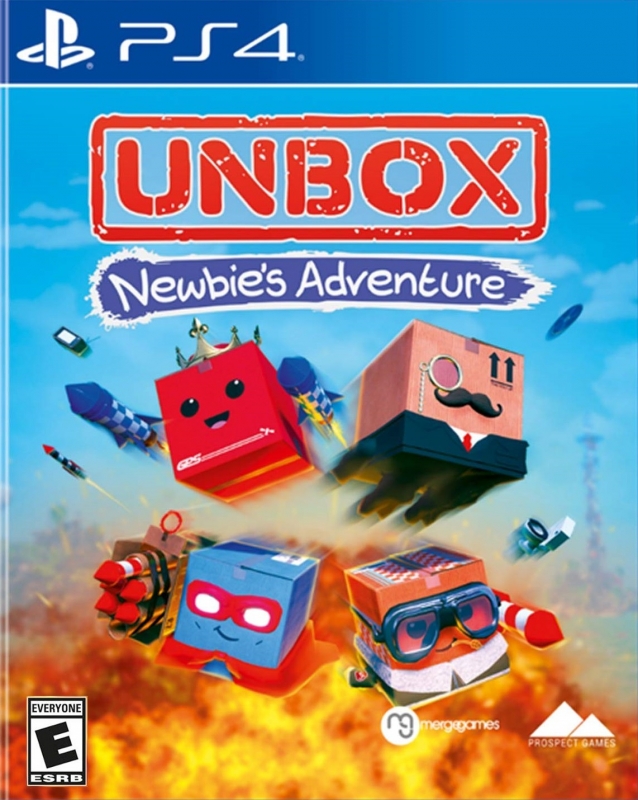