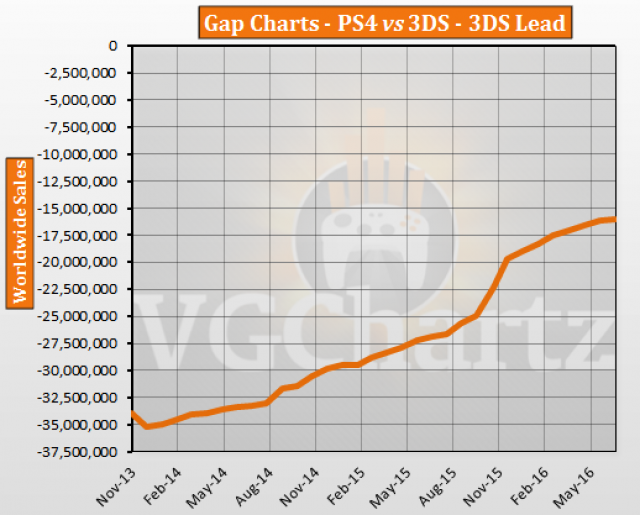 I would like to see an aligned launch chart for PS4 and 3DS. Or even better, a chart comparing the aligned sales from PS1 to 4. That would be nice.

PS4 not doing bad for a home console against a handheld! Go Ps4!

Damn the gap narrowed 10 million units in 12 months, that is pretty insane

That is very good, Even with the high sales of the 3DS. When PS4 launched, the 3DS had over 33 Millions of units sold. This means that the 3DS sold at a average of over 10 Millions per year.