The VGChartz Gap charts are updated monthly and each article focuses on a different gap chart. The charts include comparisons between the 7th generation and 8th generation platforms, as well as comparisons within the 8th generation. All sales are worldwide, unless otherwise stated 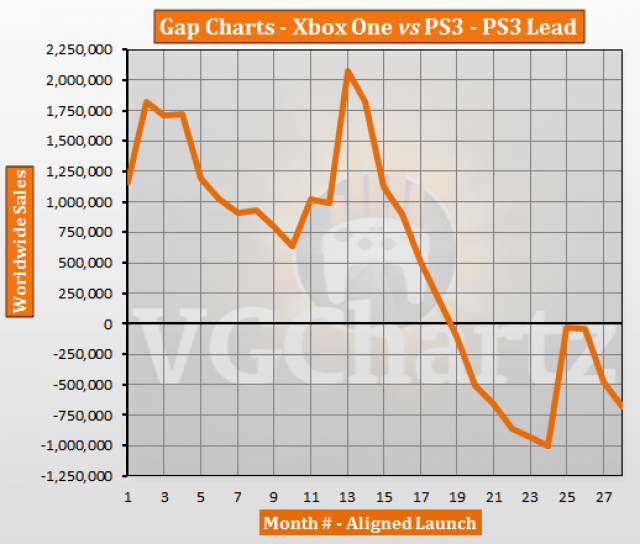 This actually surprises me considering I heard nothing but Doom and Gloom about the PS3 until just a few years before the PS4 released.

Yep, that doom and gloom back then was really dumb. The media was basically mainly focusing on the US, where the PS3 was being pummeled, so people started acting like the PS3 was a sales disaster. While in reality, the PS3 made up for it with strong sales in Europe and various other places.

When you look at it with an aligned launch the PS3 outsold the 360. But because they were for the same generation, people kept comparing them in the actual year as opposed to the length of time they'd been available. Showing how many 360s were sold in 2006 compared to PS3s (even though the PS3 only had not even 2 months worth of sales at that point and the 360 had the whole year). Making it seem like the PS3 had a poor launch, when in fact it sold more thank the 360s launch.