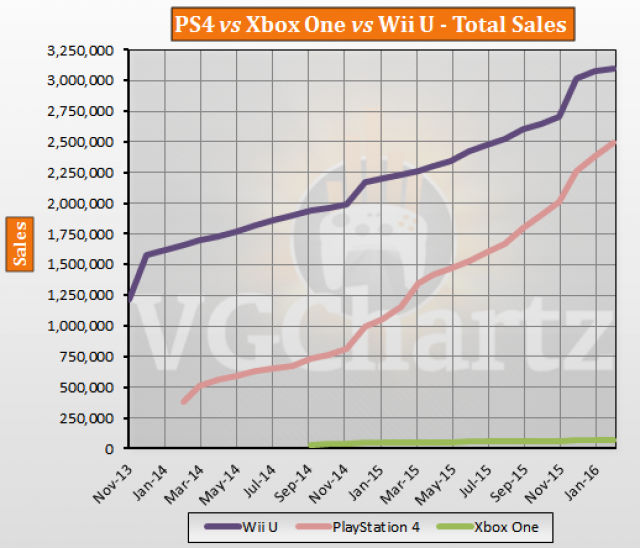 Taking a look at the marketshare, the Wii U tops the other two platforms combined. The Wii U has a 55 percent market share, the PlayStation 4 sits at 44 percent, and the Xbox One just one percent. 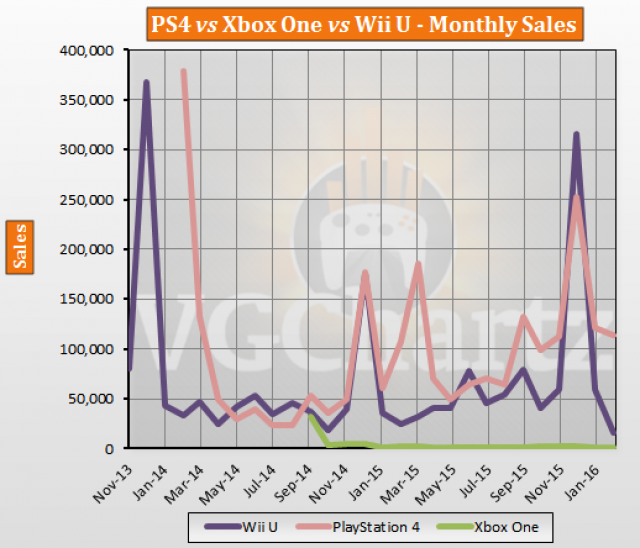 Looking at market share for the month of December, the PlayStation 4 managed to achieve a massive 87 percent. The Wii U accounted for 12 percent of the consoles sold, and the Xbox One accounted for one percent.

It looks like someone dropped a green ball on the floor, and it just rolled, instead of bounced.

Yes, Xbox One, sold in launch nearly the same as PS4, or Wii U's worse months, and after the Launch, the console is selling less than 1000 Units per month, if Microsoft, shipped 200 Thousands Units for Japan, i think that this will be enought for the Entire generation.

That flat line indicates the Xbox is as dead as a churchyard in Japan and nothing can or will revive it.

The PS4 has sold more this month than the XBO has sold in its entire life in Japan. Even the original Xbox didn't sell this poorly. And it's getting rapidly worse. According to Media Create the XBO is down almost 68% YoY. Unless something comes along to stimulate sales a good bit, it may not even reach the 10,000 unit mark this year, and it's almost certainly going to fall far short of the 200k mark in lifetime sales. It may even struggle to reach 100k if things don't improve soon. This is by far the worst performance from a console from a major company in the history of the Japanese market. While the 360 wasn't exactly a smashing success, it did manage to sell over 1.6M thanks to a decent selection of exclusive Japanese titles. Compared to the XBO, the 360 was a juggernaut.

Unlike X360. This time i dont see any effort from Microsoft to get more big exclusives. X360 is doing well selling 1.6 million.

I thought there was something wrong with Xone's data