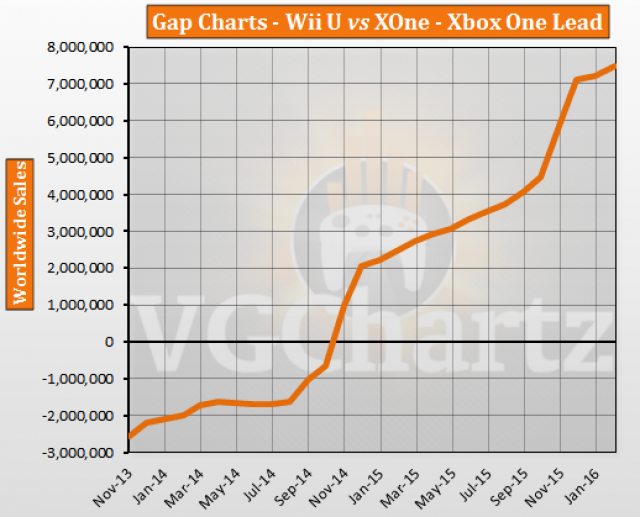 XOne Vs. Wii U Global:

If you look at it like this the Xone is doing pretty well actually, I mean it could do worse.