Developer Thing Trunk wants to change gaming through its Return 2 Games series. The first game in this set of reimagined PC classics is Book of Demons. This hack & slash title melds the satisfying gameplay of Diablo with an art style reminescent of Paper Mario. It's not all a tribute, though, as they're looking to innovate within the genre as well.

To find out more about this gorgeous PC release, we reached out to Thing Trunk's Filip Starzynski to learn more. 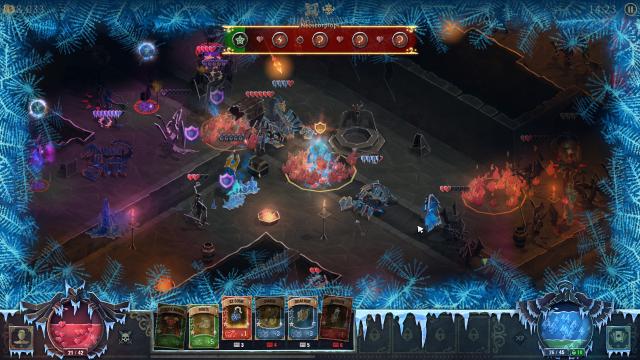 VGChartz' Tyler Treese: One of the inspirations for Book of Demons is Diablo. What are you bringing new to the genre, and how are you differentiating yourself from Blizzard's classic series?
Filip Starzynski: We are fascinated by the hack & slash genre and treat Diablo as its origin and most memorable example. In Book of Demons we give you a dark, gloomy atmosphere similar to the Blizzard’s classic but in terms of game mechanics, you will find a lot of twists and unique features. At first glance, the game is a straight-forward hack & slash, but when you start to move, fight or gather treasures, you will see that each element is unique and somehow different from what you are used to. The players cannot freely move and walk only on special paths. Your character automatically attacks enemies (to some extent), there is no inventory, no random equipment that you collect only to sell it to vendor. There are countless changes, twists and innovations. Many of them are controversial, but we stand by them seeing how well the game plays.
TT: Book of Demons is supposed to have "near endless replayability," how are you planning to achieve that?

FS: After finishing the campaign you will unlock a Freeplay mode which lets you create custom, random games. You will find cards and monsters there, both already known and some new. You will unlock new difficulty settings and challenges. Even if you reach the maximum level, find and upgrade all the cards, you will still have fun fighting tougher bosses and monsters in new combinations. In Freeplay, there is no “end” of the game.
TT: The art style is really incredible. How did the team at Thing Trunk decide on this paper cutout style, and were there any other styles that were under consideration?
FS: Our road to the final graphic style was a rocky one. We needed a style that will be recognizable but universal enough so we could use it successfully in for all the games in the series. We needed something that won’t be childish but would let us show hardcore/graphic content in a more casual and symbolic manner. With all this in mind, we were thinking, brainstorming and asking friends. There was even a time when a “pasta style” (everything made from different types of pasta: macaroni, penne, spaghetti) was considered. In the end we came up with this pop-up book, paper cut out style and it solved all (or, at least, most) of our problems. To test how it works we were printing character sketches and backgrounds, cut the out (not very precise so you could see the paper edges and imperfections), take photos of them and then put them in the game engine.
TT: While Books of Demons is built around hacking and slashing your enemies, it also has a card mechanic. Can you explain how these cards will affect the gameplay?
FS: Our card system unifies elements that in most hack & slash games stay separate: weapons,  armor, spells, and skills. Each card represents a specific game mechanic like special elemental attack, heal, a shield that block incoming missiles etc. But only cards that are equipped in character’s slots are active. The player starts with 3 card slots and can unlock additional 7 (giving 10 slots in total). There are more than 60 different cards in the game and each can be upgraded twice. This gives countless possibilities of combining different mechanics depending on monsters that the player encounters on a particular dungeon level or depending on the playstyle you prefer.
TT: On your website you mention that Book of Demons "respects your time." Do you feel like that's becoming an increasing problem with current games?
FS: This is tricky. On one hand, surveys indicate that people are finishing only a very small percentage of the games they own (which should indicate that games should be shorter). On the other hand, players take both price and length of the game into consideration when buying games (this encourage developers to artificially make games longer so the “gameplay-hour per dollar” is the highest).

The whole Return 2 Games series is built around the idea that people have less and less time to play games (they have responsibilities, families, work) but want to have deep and engaging experience (something that casual and mobile game have difficulty to deliver). We’ve accomplished that by combining two main ideas: one is accessibility - the game has simple controls and always communicates what you should do to accomplish the current goal. This makes coming back to any R2G game after a month-long break easy.

The second idea is something we call Flexiscope. It’s a system that lets you decide how much time you have for a todays game session. You choose the time and in return the game generates a series of dungeon levels that together give you a complete game experience - like a quest designed to be done in about your chosen time. You will have small and large fights, you will look for treasures, find rewards and fight a boss at the end. No matter if you have 5 or 45 minutes you will get a full and intense game session. The system gets more accurate with each game you play.

TT: Book of Demons is the first game in your Return 2 Games series, which are twists on classic 90s games. How are you modernizing these games while also keeping their simplicity, and accessibility, intact?
FS: In Return 2 Games series we recreate experiences that we had when playing game classics in the 90s. This means that we are not so much modernizing these games. We are making something completely new that evokes similar emotions. You won’t believe how much sometimes you can (or even have to) change to trigger emotions what a specific game gave us 20 years ago.

As for accessibility, this is the part that we are improving the most. You didn’t simply play games in the 90s. You were living and sometimes struggling with them. The controls were complicated, there were no tutorials, the mechanics were not clear so you had to learn the game for days or weeks before you were really able to appreciate it. Today, if you don’t know how to do something in the game or how something in the game works for 3 minutes, you just leave the game and try another one. 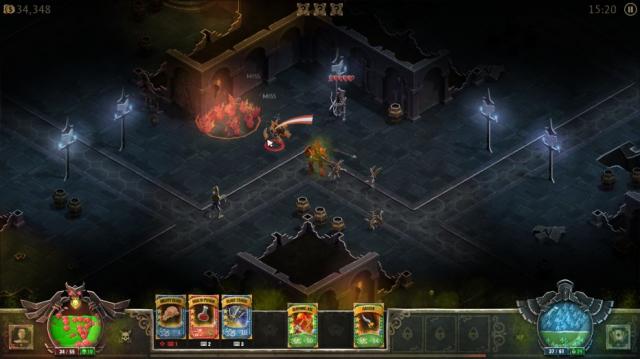 TT: On the Return 2 Games site, you mention that the 90s were when "developers weren’t afraid to innovate, define new genres and created the most memorable experiences." This is an opinion I've heard from other developers such as Will O'Neill. Can you elaborate a bit on that, and what do you feel like is missing in gaming now? Has gaming regressed to just doing what works instead of trying to find the next breakthrough?
FS: Game development is a high-risk business. Most of the projects are never completed and from those that are published, only a small percentage is profitable. If you are to invest a lot of money in a project you want to minimize the risk. And the easiest way to do it is to duplicate ideas that are already working. You make a 7th part of the same first person shooter, you put most of the money in graphic assets and marketing because you know that the game mechanics generally work. The risk of changing the basic gameplay is just too high to take when you are working with 6 figure budgets. So you play it safe and make the same game over and over. Just check how many new titles are in the top games by Metacritic in the last couple of years. You will get the picture.

Today, indie developers are the ones that try to innovate most as they have little to lose and a lot to gain. They do it in the terms of mechanics, visual style, sometimes even the core idea what a game is. But due to the very limited budget (when compared to the AAA productions), a lot of very interesting projects cannot have a high production value so they can’t become blockbusters or break into the mainstream. A breakthrough will come when the biggest developers and publishers move away (at least a little) from their comfort zone and create something really new and unique. Blizzard is a good example of that. 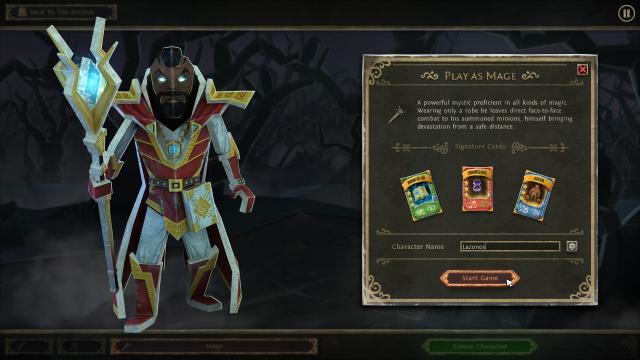 TT: You've said that the plan is to create 7 games in the R2G series. How do you balance being ambitious without being over ambitious? Are you only working on the game currently in development, or have you started some work on other games in the series?
FS: The games are in very different phases of development. We spent 2 years prototyping 4 of the games. From those we chose 3 and started working on our paper style that will fit all of them (so that we are sure that the style is universal and can be used in all 7 games). And then we focused on one game - Book of Demons. This means that we are planning on releasing the games one-by-one. Book II should be ready about a year and a half after Book of Demons, as we will also be working on bringing Book of Demons to other platforms.
TT: Seeing how all of the R2G series take place in the Paperverse, is it possible we'll see characters appear in multiple games?
FS: In general, each game is a different world, a different book so characters don’t jump from one game into another. Or at least, that’s that we can tell you now.

But when you launch the R2G application, where all the 7 games await for you to play them, you can launch also something that we call the “Pop-up Sandbox." It’s an interactive playground where you can mix and combine elements unlocked in different games together into a pop-up book scene. Sort of an interactive trophy room, with puzzles, hidden easter eggs and so on.

TT: Give us your full pitch on why gamers should keep an eye out for Books of Demons as it releases on PC later this year!
FS: We hope that from the answers we gave it is clear that Book of Demonswill be very different from any hack & slash before. And our obsession with accessibility guarantees that no matter if you are a fan of such games, fan of Diablo 1, or you never played anything similar, it will be a very fun, novel and enjoyable experience. The game will simply knock your socks off!

You've managed to grab an interview. That's great! About the game, so far it looks good, and the new mechanics are interesting, but the most important aspect in these kind of games is the gameplay, We'll see if the game in fun and challenging.