Action-adventure game Far Cry: Primal sold 877,204 units first week worldwide at retail, according to our latest estimates, which can be viewed on the VGChartz Global Weekly Chart for the week ending February 27th.

Our provisional estimate was first week sales of 576,011, but following the release of the most recent set of NPD data, as well as a stronger sales in a number of European countries than our data suggested, this has since been revised massively upwards. 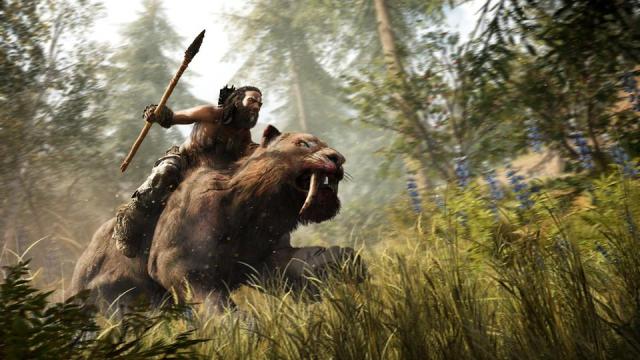 That's down quite alot compared to Far Cry 4, but Far Cry 4 was bundled with PS4 during a pretty busy Holiday season and was on 2 extra platforms (360 and PS3). Overall not a bad launch for Primal, I'm sure it'll sell well over 2m lifetime including digital.

I haven't checked the numbers for the previous Far Cry games, but this sounds low, even if we take digital into account.

Ah, I see. Not so bad then, even though I suspect it's not as good as Ubi hoped.

A spin off did better than the best selling title of the series and Ubisoft expect more?

It seems like this game didn't get much advertisement to the public. It was talked about, but I feel more money went into promoting The Division than this game.

i think it is clear for ubi that annual games will not translate into good sales , first AC , now Far Cry

I think it's been proven that vgc estimates should be taken with a pinch of salt. Pretty sure it did better than 576k first week. We'll find out more soon enough.

According to the NPD leakers on gaf, it actually did better than Far Cry 4 launch aligned (but Far Cry 4 was bundled and NPD doesn't track bundles). First week also seems to be higher than Far Cry 3's was, which wasn't bundled.

At least it's not another Call of Duty game.