I load up Ninja Senki DX and I’m instantly transported back to my childhood - the heyday of the Nintendo Entertainment System. I’m a blue ninja again, much like I was back when I played the original Ninja Gaiden, only this time I can only throw shurikens that act like Mega Man’s Mega Buster from the original Mega Man. Games like this dominated the original NES and, by extension, my own childhood. Playing Tribute Games’ Ninja Senki DX is very much like reliving the past of videogames and revelling in its joy and simplicity. 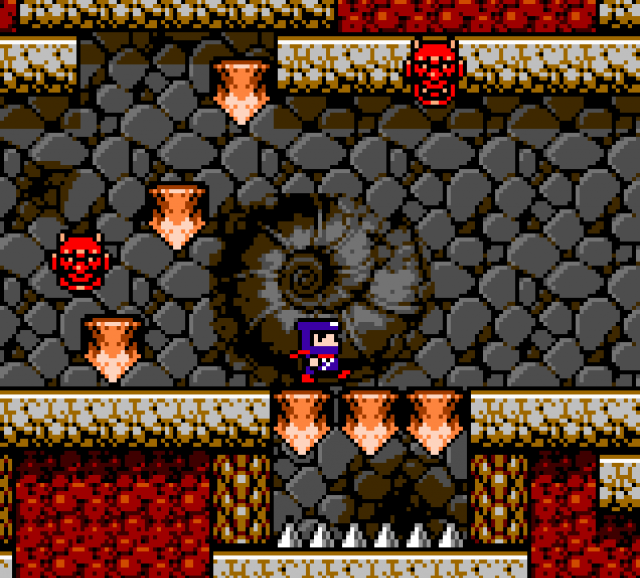 In this particular retro-styled platformer you control the ninja Hayate as he journeys through 12 levels, or scenes, in his bid to take revenge on a demon who murdered his Princess Kinuhime. Hayate can throw shurikens to take out enemies and double-jump on his quest for vengeance, but the gameplay doesn’t get much deeper than that.

Although not very deep, the gameplay is solid and the levels do provide a good challenge, particularly the later scenes. Furthermore if you plan on achieving all of the endings you will really have to master the game and doing so will require a fair degree of commitment and patience. 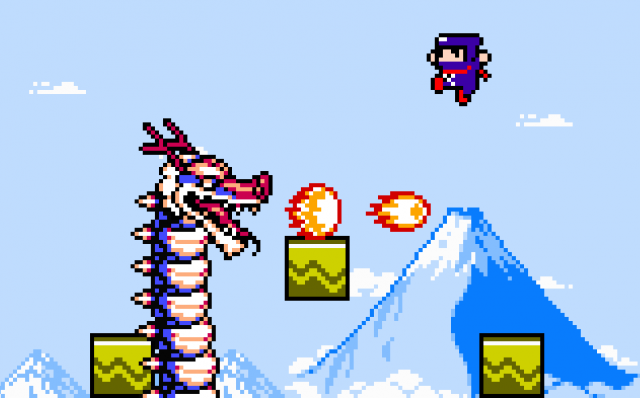 Despite strong level design that captures the essence of a large number of classic platformers, Ninja Senki DX’s boss design leaves a lot to be desired. One boss in particular, which you end up facing several times, highlights how basic and repetitive the game's bosses can be. This boss is basically a stationary statue that fires an easy-to-avoid projectile once in a while. In later encounters with him there are ninjas that you must also deal with, but they aren’t too challenging and the core strategy you need to adopt doesn't change.

There are a couple of bosses who provide a genuine challenge and sense of accomplishment when you defeat them but they're the exceptions rather than the rule.

After defeating all of the bosses and finishing what is a decidedly short campaign there are several modes that you can play for an extra level of challenge. Firstly there's a hardcore mode, which is basically the main campaign replayed without the ability to save and with a penalty for using continues. Then there's also a boss rush mode, where you can test your ninja abilities against the bosses to see how fast you can defeat them. These extra modes do add a bit of replayability to an otherwise straightforward and short game. 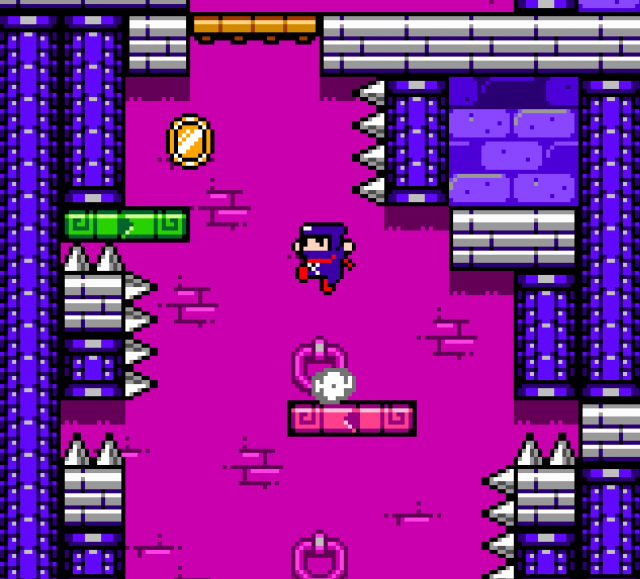 Much like the gameplay, Ninja Senki DX’s presentation is noticeably classic. Both the graphics and sound design are simplistic, but do well to recall the platformers of the late 80s. The colourful graphics take you through vibrant scenes and showcase various enemies in all of their pixelated glory.

The music is also retro-inspired, but is actually quite memorable and helps enforce the sense of speed and urgency that Hayate feels as he rushes through the scenes. Though not technically impressive, the presentation taken as a whole is effective in transporting players back to a simpler time in gaming; a time when fun, challenging gameplay took centre stage.

Tribute Games have crafted a good game in Ninja Senki DX; one which, despite being short and simplistic, offers a strong challenge that should appeal to classic gamers. The scenes are well designed and enemies are challenging, but not overwhelmingly so, and although most of the bosses are disappointing there are some that stand out. At a value price, Ninja Senki DX is a wise purchase for any gamer looking to take a trip to a simpler time in gaming history, at least for a short while.

This review is based on a digital copy of Ninja Senki DX for the PS4, provided by the publisher.

Why do Sony and indy devs believe that we all bought $400 game consoles to play games that look like we could've used a Commodore 64 emulator to play? Quit this pixel-art nonsense already!