Assassin’s Creed Chronicles: India is the second of three unique 2.5D platformers that make up the Assassin’s Creed Chronicles spin-off series. The first Chronicles title - China - received praise for its beautiful art style and pleasant, Prince of Persia-esque platforming, although it also garnered criticism for unbalanced difficulty, a weak story, some technical and design issues, and for ultimately being an experience that was often repetitive and never ground-breaking.

Assassin’s Creed Chronicles: India is largely the same, despite at times being a delight to play. But that delight also comes to serve as a sore point; it shows the player glimpses of what could have been if not for a variety of reoccurring problems that it seems to have both inherited from and added to its predecessor. 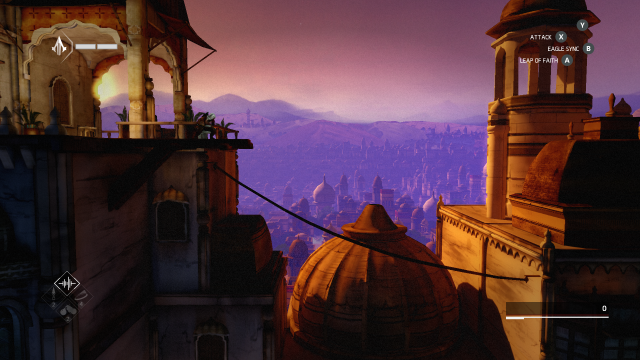 India features beautiful, hand-painted like graphics and the new setting of India is realized wonderfully by this art style. The audio, however, is better described as functional. The soundtrack and sound effects both do their respective jobs, but that's about all the praise I can must for either of them. The writing and voice acting are even less impressive, although the fact that little emphasis is ever placed on story largely explains away these deficiencies.

Gameplay-wise India contains the same platforming gameplay as the first Chronicles title, with a strong emphasis on stealth within 2.5 dimensions and an added focus on non-lethal takedowns. Nearly immediately I felt empowered with multiple ways to approach each mission. The amount of options the well-designed 2.5D levels provide is genuinely impressive. Coupled with solid platforming mechanics and the assortment of weapons and abilities that are at your disposal and it becomes almost hard not to feel like a master assassin. 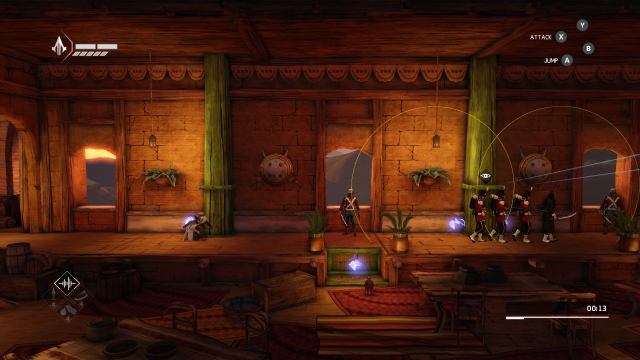 When I first began playing the game, I thoroughly enjoyed working through the game's levels according to my own tastes and preferences. I opted against killing any enemies and took pride in never being noticed. Similarly, I found it very entertaining to strive for a gold rank on each section (you receive a rating based on your approach to each section between checkpoints), and enjoyed discovering and collecting the animus shards and chests that are scattered throughout each level. However, it seemed that the further the game progressed, the more the developers were determined to throw a wrench in my plans and therefore my enjoyment of the title.

I enjoy a good challenge, and to Climax Studios' credit I sometimes found overcoming the increasingly challenging sections to be a very rewarding experience. At other times, however, it was simply too challenging and my options too limited. One example of this is having to race against time (or some explosion) with enemies on the path ahead, which leaves you without the luxury of time to plan out a series of non-lethal takedowns or to avoid enemies altogether. In a similar fashion there are times when it seems the only way to collect the animus shards is to pick them up knowing you’ll die and then replaying that section after your inevitable death. 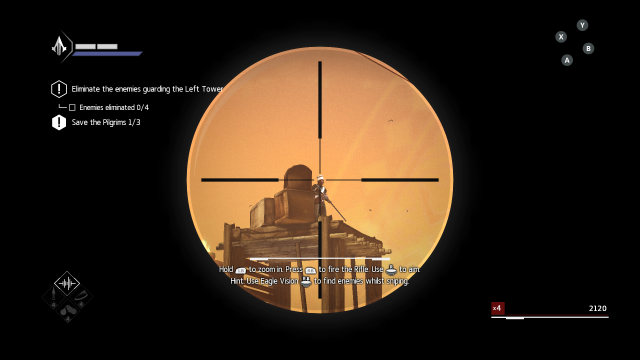 So on the whole India's level design and difficulty curve is a mixed bag. Despite efforts by Climax Studios to provide a change of pace by, for example, using different enemy types, the game still manages to eventually feel monotonous. The moments of freedom and empowerment that I rejoiced at were interlaced with increasingly difficult and restrictive sections that I lamented having to push through.

Instant-fail sections, like trailing a person of interest or racing against the clock for one reason or another too often zapped the joy out of the whole experience for me, particularly because of the way enemies and collectibles are littered throughout, leaving even more limited options on how to handle certain sections. While India features moments that are a delight to play through, there are also far too many that are anything but.

When I first began playing the game I had so much fun that I thought I would blow right through the (crudely estimated) 5-8 hours of gameplay. But the more the game progressed the more frequently I felt compelled to step away from it for a while; the sense of enjoyment fading as the levels of frustration increased. In large part this was due to the spans between checkpoints in some of the game's hairier moments being too lengthy. 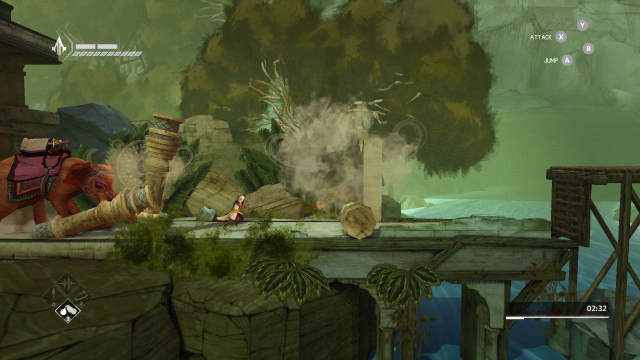 Assassin’s Creed Chronicles: India starts off making you feel like an elite assassin, able to tackle scenarios and obstacles as you see fit, but increasingly you begin to feel like a dog being berated into learning how to go through an obstacle course, or even just a rat in a maze. I really admire games that give you at least the illusion of freedom of approach and, intermittently, India provides that before soon snatching it away.

This review is based on a digital copy of Assassin\\\'s Creed Chronicles: India for the XOne, provided by the publisher.

I enjoyed the game too. Expectations influence perceptions. In this case, my expectations were based on my time with the beginning of the game. As the uneven difficulty and restrictive sections reared up, they didn't set well with me, and seemed incongruent with the beginning of the game. That said, in my rough draft of the review, I said that the game was worthwhile, noting it's price point as helping cement that in my opinion. That part didn't make the final draft, but I stand by it.

For the love of God, Ubisoft, make a Japanese AC. I want to be a goddam ninja.

no interest. i hope: next year coming a good assassins creed again.