Kickstarter can be a powerful tool for translating grassroots enthusiasm into a product or service that might never have existed without it. It can also be a platform for disappointment. In the case of Armikrog, the spiritual successor to the cult classic The Neverhood, Kickstarter was both a financial boon and a vehicle for regret. While Armikrog manages to recreate the gorgeous claymation and wacky world of its spiritual predecessor, it stumbles in some very important areas, including storytelling, puzzle design, and player feedback.

Storytelling in Armikrog is kept to a minimum. There's a stunning opening cinematic, lovingly created in stop-motion clay animation, which sets the scene: spaceman Tommynaut and his faithful sidekick Beak-Beak (a blind, talking dog) crash-land on Spiro 5 looking for a power source called P-Tonium. But after that, there's little in the way of story. 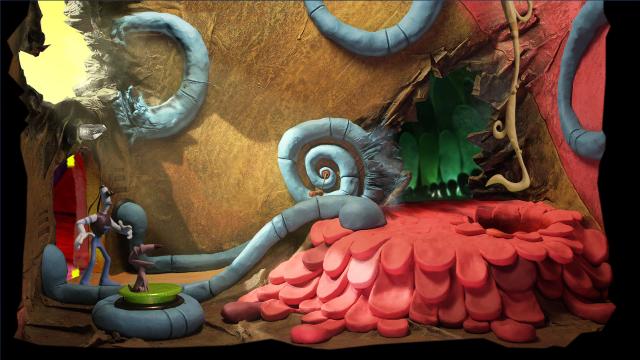 There's also little in the way of dialogue and music, despite the talented people hired for those jobs. Michael J. Nelson of Mystery Science Theater 3000 fame and Rob Paulsen of Animaniacs lend their voices to Tommynaut and Beak-Beak, respectively, but don't have much to say. Terry Scott Taylor, who scored The Neverhood, composes some catchy music for Armikrog, but, regrettably, most of the game is played in silence.

It's not all bad, though, as the claymation on display in Armikrog is gorgeous to watch. The entire world is made of clay in some form or another. It gives the game a unique and attractive aesthetic, and sets it apart from the adventure game crowd. Unfortunately, the weird and wonderful world of Armikrog is, like its story and sound, underdeveloped. 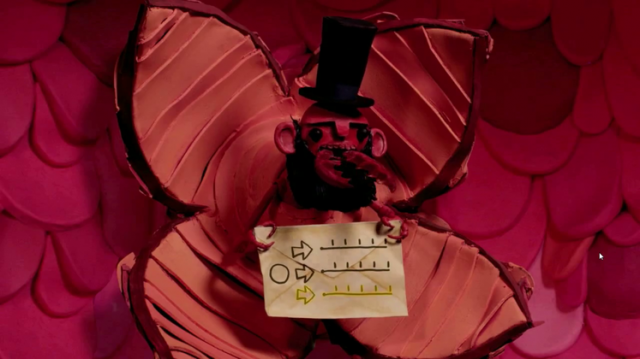 For all its charming sets and props, there just isn't much to do or learn in Armikrog. There aren't many non-playable characters. There's very little dialogue and music. And there are a lot of unexplored items, creatures, and plot lines. Take, for instance, perhaps the funniest and most creative characters in the game: the three PresidANTs. These are ant versions of famous U.S. presidents. They're totally crazy and inspired, but they're never explained or unpacked. They're just there, randomly.

Making matters worse is a user interface that can only be described as ancient. The save page, for example, is buried in the options menu. There's no inventory, and there's no easy way to tell when you've switched characters. 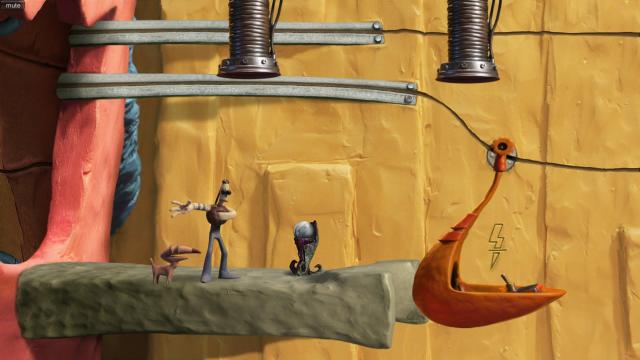 The worst offense, however, is the game's mouse pointer. It's just the default Windows cursor. It doesn't react to items and characters, so players won't know what items can be manipulated, and when. Thus every room and every puzzle turns into a pixel hunt. Adventure games need some kind of player feedback system, even if it's as simple as the cursor changing shape or a line of dialogue when the wrong object is highlighted. Embracing an old-school sensibility is admirable, but not when it starts to impair gameplay.

Puzzle design is another problem in Armikrog. Some are dull and tedious, others are poorly explained. Rarely does the game find that sweet spot between frustrating and straightforward. Again, the lack of hand-holding is refreshing, especially in an industry defined by hints, "pro tips", and excessive instruction, but the combination of obtuse puzzles and zero player feedback is a deadly mix. 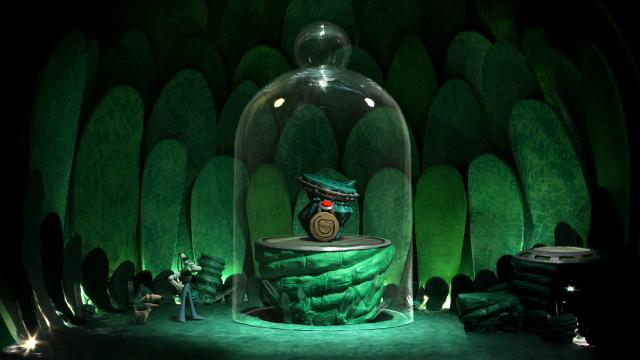 Ultimately, Armikrog feels unfinished. The claymation is outstanding, while it lasts. The voice work is excellent, but underutilized. The music is catchy, but absent for the vast majority of the game. The user interface seems half-finished. And the puzzles aren't especially fun or rewarding. With a little more financial support and a lot more play-testing, Armikrog could have been something special. As it stands, however, it seems incomplete.

This review is based on a digital copy of Armikrog for the PC, provided by the publisher.

Sounds like it's just very dated but, hell, I loved the original games and will check this out regardless.

It sounds like they ran out of time and funds, which is a shame.