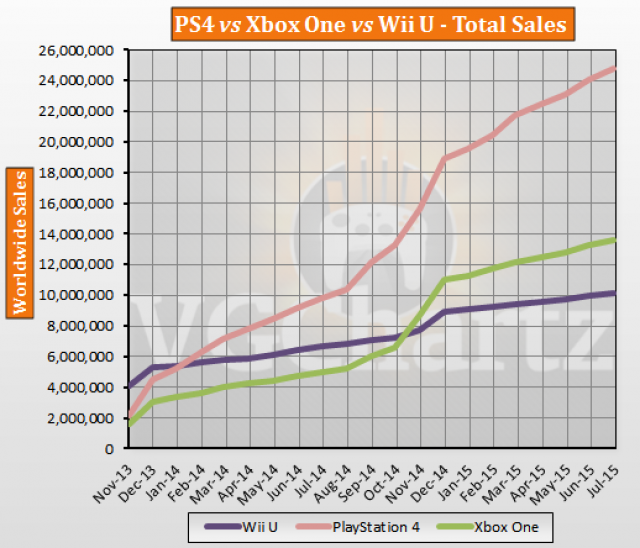 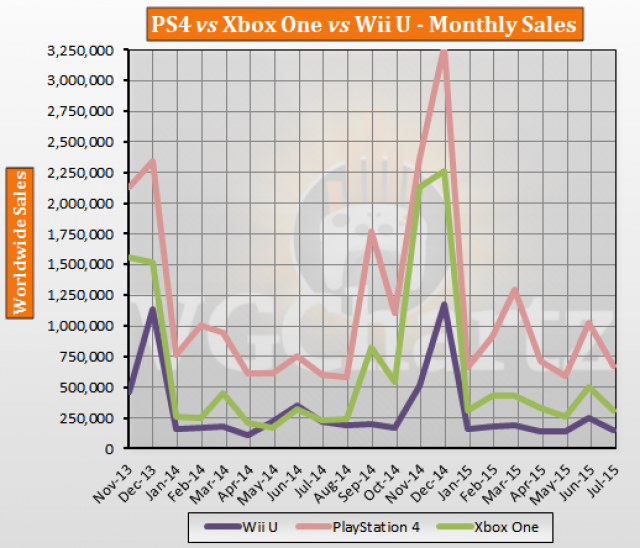 I'm still a little surprised by how ps4/x1 are selling. I thought it would take a while before the One was going to top the Wiiu

I'm still waiting on that official word from Microsoft before I believe any of this. Given the sales trends, there's no way PS4 isn't at least 2:1 worldwide.

You will be waiting a long time because Microsoft does not release that kind of information.

The PS4 being at around 25 million at the beginning of August is correct. Sony announced at about that time that 25.3 million PS4 were shipped. To be more than double the Xbone at that time it would mean that vgchartz is over tracking the Xbone by 1 million. Which is a bit unrealistic.