The human mind is a wonderful thing - it's the sole reason you’re reading this review right now, after all. But for all of its greatness it still has flaws. Our memory, for example, is nowhere near perfect, and we tend to embellish on things. Which is perhaps why 343 Industries implemented the ability for you to switch between traditional and remastered graphics in Halo: Combat Evolved Anniversary and Halo: The Master Chief Collection. The absence of such a feature is sorely missed in Gears of War: Ultimate Edition. 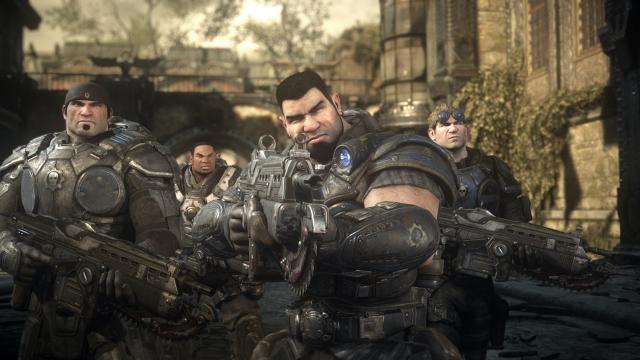 That's not to say that Gears of War: Ultimate Edition looks bad by any stretch of the imagination. The reworked lighting looks glorious, and the increased resolution and better texture loading makes for a much improved gaming experience. But, without an older build of the game to compare them to, the beautifully detailed architecture and impressive shadows feel just the same as your remember them being nine years ago. They're not, of course, but unless you go out of your way to replay or watch the original game in action your nostalgia will probably blunt the impact of the remastered graphics.

Gears of War: Ultimate Edition was one of, if not the best looking game in the early part of the 7th console generation, and this was a key part of the original title's success. Since then the third person shooter genre has advanced to a surprising degree, which means that some of Gears of Wars' gameplay mechanics don't hold up all that well. The cover system, for example, feels noticeably dated, and new enemy types that appeared in subsequent Gears titles mixed up the action to a degree that may surprise you upon replaying the original. 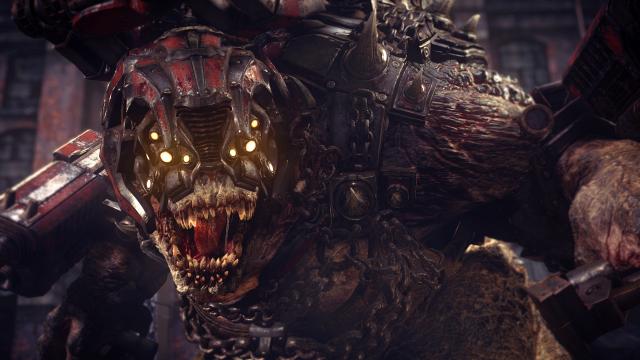 The Coalition decided not to alter the original title's gameplay, aside from offering the player different weapon choices. And although replaying the original game in Gears of War: Ultimate Edition has given me a newfound appreciation for the series' sequels and the manner in which they genuinely did advance the series, that was obviously not the intention behind this remaster.

That's what The Coalition didn't change, but what did they add besides the graphical overhaul? There are now a series of unlockable comics which come as a reward for collecting the Cog Tags that are hidden throughout the game. Fans of the series are sure to love the extension this adds to the game's lore. The option to view every cut scene separately from the campaign (once unlocked, of course) is also welcome. Nice additions, to be sure, but nothing mind blowing. 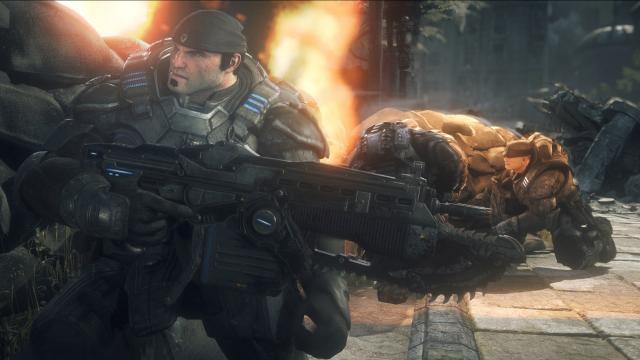 Bizarrely I experienced a number of bugs during my time with the game. Marcus, for example, would occasionally kick a door in well before he was actually in position. More seriously my squad-mates kept glitching out and would remain stuck at the start of new areas, forcing me to play through levels without them. Several system restarts were also required. All in all odd behaviour and really rather unforgiveable for a game that released nine years ago. 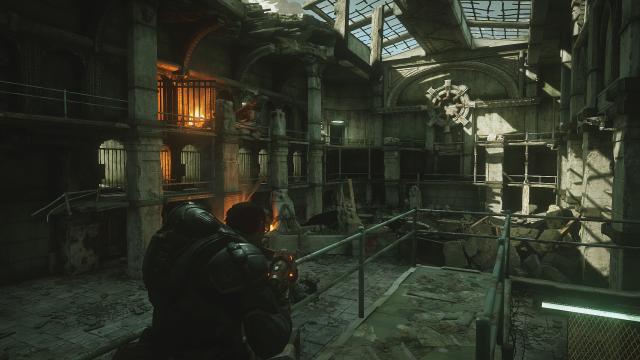 At present I would only really recommend Gears of War: Ultimate Edition to those series fans that still replay the original Gears every now and then. For everyone else, nostalgia is likely to blunt the impact of the graphical upgrades, and the value proposition is quite poor until backwards compatibility adds the other Gears titles. By then the bugs will hopefully be fixed as well.

This review is based on a digital copy of Gears of War: Ultimate Edition for the XOne, provided by the publisher.

I don't get why people say Gears feels dated. To me it feels almost perfect for this type of game. I could play RE4 today and still enjoy it because it just feels great for that style of game. Darksouls is also something that seems dated, but its really just a different type of game. Gears is always going to feel dated, its not a shooter with double jump and wall run. Its not that type of game.

Poor review at best, the gameplay doesnt feel dated and if they changed it , then it wouldn't be gears 1 anymore. Which is why u bought the game in the first place, also the game has a fair amount of content already and when the entire gears collection is added, the value of the game will be absolutely huge. So overall I disagree with this so called review of a classic.

based on the negatives, 85 meta sounds okay.

An 85 metascore is a actually pretty good.