It’s hard to be a gaming enthusiast these days and not notice the rising influence of the rogue-like on design philosophy. This has been particularly impactful on smaller “indie” titles. It feels as though every known gaming genre has been mixed with rogue-like philosophies at this point and GALAK-Z adds the top-down spaceship shooter to the list, most notably in the form of permadeath and randomly generated levels. 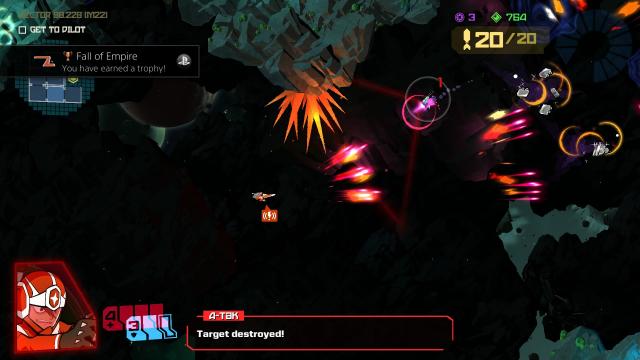 Despite the levels in GALAK-Z being randomly generated they nonetheless come with some exposition from characters which helps to provide some context for your actions and breaks up the sometimes monotonous task of working your way back through lost progression after death.

Another interesting addition to the standard rogue-like design in GALAK-Z is that although permadeath applies as usual this does not mean that you have to start from the absolute beginning each time you die. Instead, GALAK-Z is split up into four seasons of five missions each. If you can make it through a full season without dying you’ll unlock the next and therefore save your progress. The only other permanent progress you can make is in the form of blueprints, which you can unlock in order to buy ship additions from the shop instead of hoping to find them during a mission. 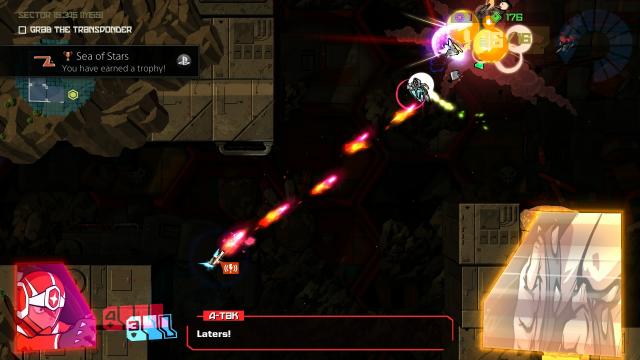 Even with these changes GALAK-Z is no cake walk. Trying to avoid increasing amounts of enemy fire and knowing when best to switch to and from ship to robot takes a bit of practice. A shield protects your ship from a couple of hits but if you aren’t careful you will quickly take structural damage which is not so easily reversed. Healing items are few and far between, so your best bet is actually to run away whenever things get hairy.

Upgrades can be purchased or found and each season of five missions has a distinct difficulty curve that assumes you’re upgrading regularly. The difficulty curve within seasons is quite engaging, but I found the change in difficulty between seasons to be a bit troublesome. The first mission of the final season in particular is incredibly difficulty for the basic ship to successfully overcome, which almost forced me to prematurely give up on the game. 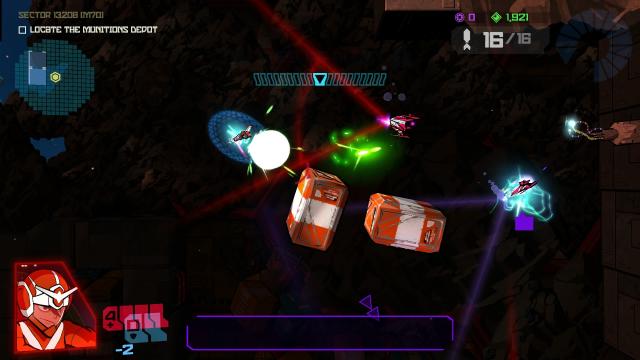 Usually, when a title’s gameplay is wearing thin in some way, it’s an engaging story or presentation that keeps me going, but while I found GALAK-Z’s aesthetic style and attention to detail quite pleasing the narrative and technical presentation left a lot to be desired. By the time you really get a sense of the overall plot and where it might lead the game wraps up after five hours with the cliffhangiest of cliffhangers. It’s not a huge detriment for a “rogue-like” to lack an engaging story, but it would definitely have helped in this case.

GALAK-Z is an enjoyable top-down spaceship shooter with an aesthetic that is inspired by older animes and a ship that can be changed to and from a robot with a sound effect that is very reminiscent of Transformers. If that’s not enough to sell you on GALAK-Z then this probably isn’t the title for you; hopefully the highly hinted at sequel will shore up some of GALAK-Z's weaknesses - namely lack of narrative closure and an unrefined difficulty curve - and I'll be able to more wholeheartedly recommended it.

One of those names that just doesn't work in UK or AUS English - 'Galax-zed, what the hell is that?"

I believe they used this spelling , but it would still be pronounced Galaxy. It has a very 70's -80's anime vibe. reminds me of Space Battleship Yamato aka (All Star Blazers in the west).