This is just the latest piece of news in the long-running Konami vs. Kojima saga, which has resulted in Kojima Productions being disbanded.

The original box art, shown below, featured both Hideo Kojima's name at the top and the Kojima Productions logo at the bottom: 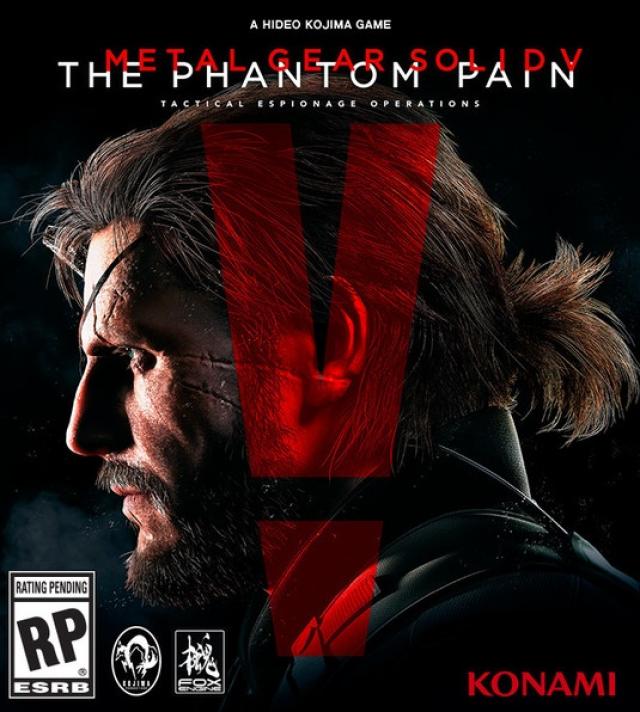 By contrast, both are absent from the newly-uploaded box art: 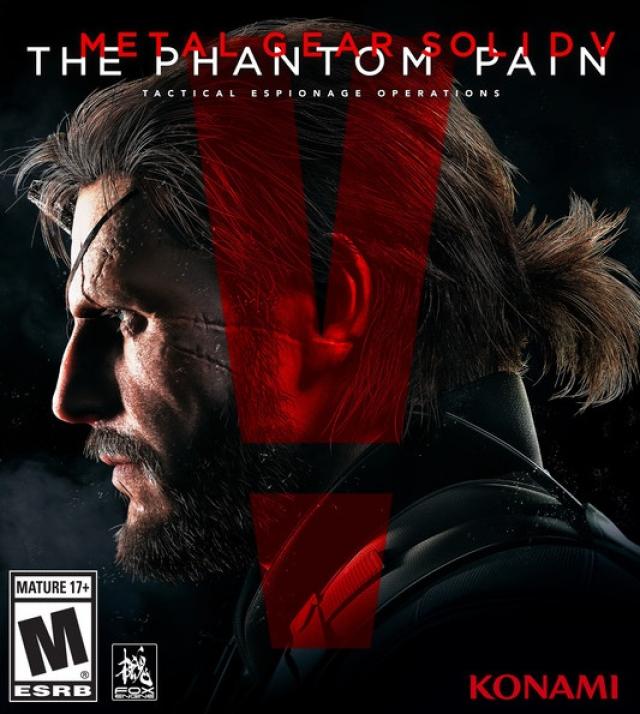 Wow...if this isn't super petty, I don't know what is! They could have at least put his name in the game since it was HIS/Team work! Konami is leaving a bad taste in my mouth right now.

Poor Hideo Kojima. MGS will never exist without him. I dont care if they want to disband Kojima Production but at least show him some respect. This make me want ot boycott this game.

Extremely distasteful and disrespectful from Konami. This is for all intents and purposes (excluding legal intents) Kojima's series, not Konami's.

Please: sets a clear signal to Konami on Twitter or Facebook: Metal Gear Solid 5 - its a Hideo Kojima Game!

Hundreds of fans write that already on Konami Twitter / Facebook page.
If enough people do this, Konami must the name integrated into the cover.

This could actually hurt Konami. Some fans of MGS are loyal enough to Kojima they could boycott the game, at least at launch, as a way of giving Konami the proverbial bird. I'm sure they'd still buy it eventually as it WAS still made by Kojima and his team. That's what makes this BS even more petty.

Thats the dumbest thing to do boycotting the stuff people are mad about that it wont be made by Konami in the future. This is a Day 1 for me, its the last game from Kojima and probably the last AAA from konami.

It happened again? Shame on you Konami

already cancel my pre order (i get a copy on torrent) konami wont get a penny from me period! (i will show them same respect they show Kojima!)

Who are they kidding? We, the fans and probably most of the gaming world know this is more kojimas game than theirs. The ideas the story even the character designs. Hideo would of had more say in how it's goes than them. Time to let jobs I know on Twitter how the fans feel.

If they have FULLY removed his name from the game (including the in-game credits), wouldn't this be considered illegal somehow? Hopefully Konami isn't stupid enough to go that far.

Waiting for the first modders just to re-include the Kojima Productions logo.

Ungrateful bastards!
Show some respect to the man that was the best thing you had since ever.
I hope you die as a mobile company asap.

Wow, they don't even get credit for this work . Screw you Konami

This really sucks is there really no truce Konami and Kojima can come to what a total loss for gamers everywhere. I really wanted to see the new Silent Hill as well. The only bright side I guess is if Sony were to approach Kojima about creating his own studio with them, he's always been a big Playstation supporter would make sense. Would still like to see him stay though Konami will regret this move I'm sure...

It will still sell millions.

It sounds legit to me, they can't put logos of something they don't own, it happened may times in Europe with Sony published games PS2 that were made, instead, by another company.

This is just dirty. I'm now genuinely considering pirating the game instead of purchasing....

Already boycotting this game, as well as anything else that Konami might make money from. They will NEVER get another purchase from me.

What a dick move, how is it going to impact them by not having his name on the game? Disband them all you like but there is simply no reason for this. Fucking hell.

This game was made by Kojima and its productions. I think removing his name from the cover does a disservice for everyone.

Good he will not be missed
I hope this happens to randy pitchfork and cliffy b.

Awesome, Konami just made the decision to get it from TPB much easier.

What a joke. Kojima should sue considering it was his team that created the game. I swear, Konami is a pale shadow of its former self, and if it weren't for Kojima people would forget that they still exist. I remember when Konami used to be one of the best third-party developers around. Back in the 80s & early 90s they brought us the Gradius, Contra, Castlevania, Metal Gear, and Ganbare Goemon series, Gyruss, Double Dribble & Blades of Steel, and some excellent TMNT beat-'em-ups, plus they created the most famous cheat code in history: Up, up, down, down, left, right, left, right, B, A, start. In the latter half of the 90s they gave us Metal Gear Solid, Dance Dance Revolution, Suikoden, and Silent Hill. But what have they done in the past seven years that wasn't related to MGS? Aside from Pro Evolution Soccer, not a whole lot in the way of notable original material. It's sad to see a former titan of the industry reduced to the sad pathetic mess that it is today.

I'm really enjoying circle of the moon on VC and that's a 2001 game. I also really enjoyed DDR on the PS2.

@Libara your an idiot..the games release is imminent which means apart from the occasional bug it is a finished product. Every gamer following this game knows its a kojima game. Konami is just producing it...yes i know they own the rights henceforth Kojima's removal on the box art. Moving along like most of the previous commentary i'm likely to boycott this game as well. This is a very underhanded approach for a corporation that owes so much to the individual. Extremely petty would be putting it mildly

Again... no one but few people know what happened. For all we know Kojima quit due to not being given an extra $50mil budget... we most likely will never know, but jumping to white knight Kojima without knowing anything makes you look like a sheep.

Konami can do whatever they want, in the end people will still see this as a Kojima game more than a Konami game. Heck people don't think about Konami without thinking about Kojima.

There's no positive side to Konami's action here but rather making them look more ridiculous than ever. Good job Konami for looking worst than you already are.

I'm laughing at everyone raging and saying they will boycott the game. No one knows what happened behind the scenes, Kojima could have asked for it and deserve the dismissal.

Exactly how i feel. The story in the metal gear games have always been really stupid, and make now sense at all.

ah i see... so because you don't like mgs games, the creator of the games deserves to have his credit for producing the games removed right?

Unless Kojima specifically asked for it, there's no excuse. And if Kojima asked for it, I'm sure Konami would let everyone know so they wouldn't get the blame.

Bottom line: This is Konami's decision, more or less, and they're the ones to blame if anyone.

Hardly, they are a company. If he did something that warrants dismissal they don't have to tell anyone. Why should they care what the angry minority thinks.

They specially will publicize what happened if it involved anything subject to an NDA.

Oh and I never said I disliked MGS, I have actually played 2 & 3 and really enjoyed the games. But disagree away, this is another example where brand loyalty hurts gaming as a whole.

You raise a good point; Kojima could have asked to have his name removed. Movie directors have done it before so it's not unheard of

Unless there's an NDA, Konami has all the reason to publish something about this so that they wouldn't look so bad. Instead, Konami chooses to stay silent. At best, they don't know how to handle public relations. At worst, they've screwed up this whole thing big time. Either way they're not doing a good job as a company. This will have an effect on them as a company, whether it be a small or a big effect.

Or you know... if saying something would show Kojima in a negative light, they may be staying quiet out of respect... anything is possible.

It isn't, unless they signed a contract where it specifically says "Hideo Kojima will have his name featured on the box art".

If not, Uncharted would say "A Neil Druckman game" or whatever.