One of the major reasons that the Super Mario Bros. series has remained popular for thirty years is its excellent level design. Levels appear to be simple, with platforms, pits, enemies and other such basic objects, but the best levels are designed perfectly to create that maximum level of enjoyment and challenge.

Nintendo designers aren’t the only ones who have been making new levels with the red-hatted plumber – fans have been re-programming ROMs of old Super Mario Bros. titles to create incredibly difficult levels that test even the greatest gamers. It’s only fitting that for the pearl anniversary of Super Mario Bros., Nintendo would finally make the dream of building Super Mario Bros. levels accessible to all, with Super Mario Maker. 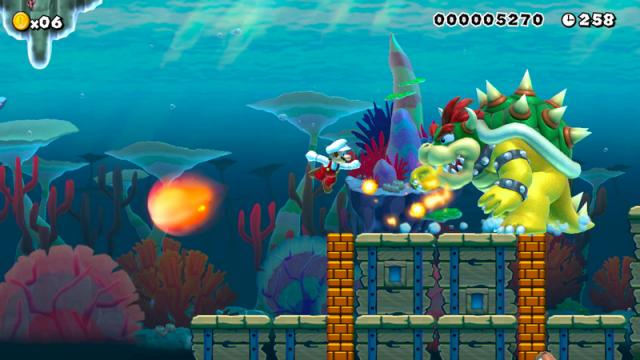 In official Mario games, there are specific rules. Bloopers don’t “swim” through the sky, enemies can’t stack onto each other like a pyramid of death, and Mario can’t wear giant spiky-shelled foes on his head. All of these rules and more get thrown out the window in Super Mario Maker, as you are the one who calls the shots. Any enemy, any object, any fire-spewing obstacle can go anywhere you please via Super Mario Maker’s robust level design system.

A large, multi-row list of icons represents categories that can be accessed and then dropped into the level at any location. You can create your level with whatever goal you seek. Maybe you want to recreate a classic video game moment within the game, or maybe you want to troll players with enemies atop other enemies, with fire and Koopa shells everywhere. Once you finally create the level you want, it can be uploaded to Nintendo’s servers, where it can be played by anyone in the world. That also means that if you’re not in a creative mood, or not very good at creating levels in the first place, you can play potentially thousands of user-made levels. 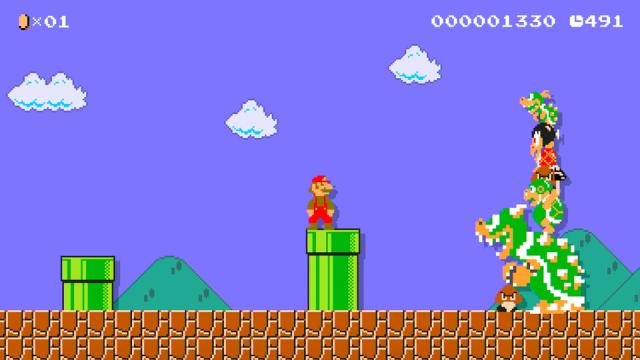 Amiibo support for Super Mario Maker also allows Mario to transform into other characters when he grabs a mushroom (in Super Mario Bros. mode only). Nintendo has so far revealed support for Link, Marth, Isabelle, Yoshi, Luigi, and Wii Fit Trainer. Seeing Wii Fit Trainer bash a Goomba in a Super Mario Bros. style level is a major anachronism, but as I said earlier, the rules have been defenestrated, and that’s a great thing. For those who don't own the necessary amiibo, Nintendo has said that these skins can be unlocked through 100 Marios challenge mode.

Super Mario Maker will finally arrive on the Wii U on September 11th in North America.

Nintendo also said that those mario skins of diferent characters aren't locked behind amiibo. You could get them by playing some kind of challenge.

Thanks! I've added this to the preview.

I wonder if we'll ever see a 3D Mario Maker :D

If that ever happens, where I can make my own Mario Galaxy... Instant Day 1 buy!