I thoroughly enjoyed Dishonored in the time I spent with it, and I found myself hoping for a sequel to provide some more of the game’s unique stealth-action gameplay and clear up some of the haze surrounding much of the backstory, especially the mysterious Outsider who shows up occasionally, says something cryptic and leaves again. Knife of Dunwall does the first, but not really the second. 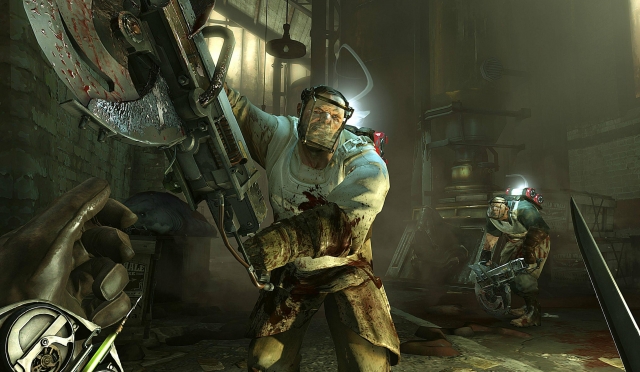 At its core, it is a more streamlined version of Dishonored. Most of Corvo’s abilities are gone: Daud can only use Blink, Bend Time and Dark Vision (now called Void Gaze), as well as a new ability called Summon Assassin, which calls in an assassin to fight for you or distract guards, in the vein of Assassin’s Creed: Brotherhood. Windblast, Devouring Swarm and Possession are nowhere to be seen, which puts the onus firmly on stealth. This reduction is largely because you don’t have nearly enough time to upgrade a full range of abilities - the game is only three missions long compared to Dishonored’s nine – and Arkane have picked by far the three most useful abilities to retain.

Other than this simplification, Knife of Dunwall works much the same as Dishonored. You arrive on the outskirts of some sort of building which holds a target whom you must kill or otherwise incapacitate, ideally without killing or being seen, with your abilities and a range of gadgets both lethal and non-lethal to aid you. As in the original, the levels are filled with alternate pathways and quiet routes that bypass dozens of guards, as well as Runes (which upgrade your abilities) and Bone Charms (which give you passive bonuses) littered around as useful collectibles. As such, it inherits Dishonored’s cerebral and exciting gameplay, and at its best it is every bit as good as the main game.

Indeed, at points it is better than the main game. Side quests are prevalent rather than occasional, with the new system of purchasing favours before missions, such as a rune hidden somewhere near the edge of the level, or a safe code scratched onto a wall. It’s more challenging than before, with more guards and a greater emphasis on stealth. One small change, the pausing of time when you use Blink even if you are in mid-air, is a great touch that makes you feel that much more like a skilled assassin.

Unfortunately, Knife of Dunwall also inherits Dishonored’s flaws. Enemy dialogue is tiresome and repetitive, almost always revolving around somebody getting a new squad after some unspecified event that took place “last time”. Some of the lines have entirely the wrong intonation, and characters occasionally begin talking before their conversation partner has finished. Most disappointingly, it doesn’t really explain what on earth is going on. 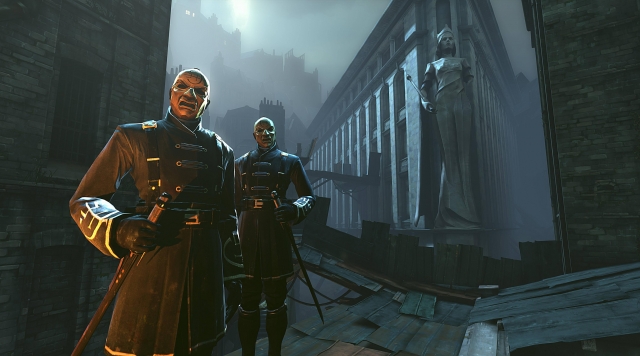 The DLC begins immediately after the assassination of Empress Jessamine Kaldwin at the beginning of Dishonored by the new player character Daud, and after a brief meeting with the Outsider, progresses to a search for a mysterious lady named Delilah that takes you through two fairly expansive levels and one which feels significantly smaller. You meet a small handful of characters along the way, but you never really get to know them; there’s not enough time to do so. Despite enjoying another handful of the Outsider’s appearances, you don’t really get any insight into who he is or what he knows. The ending is abrupt, doesn’t make very much sense and isn’t really an ending, though this can be partially forgiven because there is another similar piece of DLC, The Brigmore Witches, coming in the near future.

Knife of Dunwall isn’t especially lengthy. It is only three missions long, and the third feels shorter than the first two. You could probably get through it in under two hours if you went in all guns (and wristbow) blazing, but to do so would be to ruin the game for yourself: I find that it’s best played aiming for Ghost (completing the level undetected by any enemies) on all three levels. The ease of quicksaving means that this isn’t frustrating, but it is a challenge far beyond what you would ordinarily face given Daud’s strength and abilities. Achieving this took me around four hours; if you wanted to do an entirely non-lethal playthrough, I imagine it would take considerably longer.

I’m glad that this DLC was made: we do get to see a little more of everyone’s favourite Dishonored character, the Outsider, and we do get another two and a half levels of stealthy brutal goodness. But at the same time, it’s not really enough. I am left hoping that this short DLC sequence will be followed by a full second entry in the Dishonored franchise, because one game and two DLC packs of this sort of size don’t really do the universe or the gameplay justice. For the moment, though, it provides the core gameplay of Dishonored in a variety of new environments, so if you’ve been wanting to get back into Dishonored, this is a highly enjoyable way of doing so.

This review is based on a review copy of Knife of Dunwall provided by the publisher.