Many space enthusiasts view Mars as the next frontier - humanity may one day terraform and colonize the red planet. In Super Motherload, humanity has already landed on Mars and set up underground colonies but has fallen on hard times. The Solarus Corporation found a near limitless supply of minerals that could end Earth's energy crisis. But recently, all communication from Mars has dissipated. As a driller, your job is to get Mars back up and running and find out what happened. You're tasked with digging up minerals from the Martian soil, but as you dig, you start to hear recorded messages about the darkness of these Martian colonies and learn the truth of what has happened on Mars...and what you are going to do about it.

Super Motherload is the sequel to XGen Studio's old flash game, Motherload. The goal is to dig deep into the Martian soil to collect various minerals, then return them to the nearest station to exchange them for cash, get repairs, refuel, and buy upgrades. The upgrades range from strengthening the drill bit or the hull, to increasing the fuel tank or cargo size, to increasing movement, drilling and flying speed and purchasing bombs to detonate rocks. Upgrading the smelter will allow more valuable minerals to be created, speeding up the upgrade process. The more you play, the stronger your drilling machine gets and the further down you can dig into the surface to discover the seedy underbelly of the Martian colonies.

Bombs offer a good use of the Dualshock 4's touch pad. Instead of cycling through the different types of bombs, a swipe in a given direction (or a click of the touch pad) will automatically activate the bomb connected to that movement, allowing for easier and quicker bomb deployment. Drilling, meanwhile, is as simple as drilling down or sideways into the dirt.

You could call the game too simple, but in this game, simplicity is a good attribute. Super Motherload engages you as you work your day down through layers of soil, collecting minerals, breaking through rocks to access rare minerals and items, then upgrading your drilling machine to progress even further. All the while, the story of the Martian colonies plays out through voice messages, with these messages getting eerier the further you go.

Normal and Hardcore difficulty modes are available. Normal offers a few breaks for inexperienced players who want to play the game with less stress, such as fuel depletion not ending your game or being offered some upgrades for free. Hardcore is for those who want no such comforts and are ready to take on the full challenge. Super Motherload also allows up to four players to play offline co-op. Players cooperate to dig further while competing to dig up the most minerals.

The game takes advantage of the PlayStation 4's visual prowess, running in 1080p with 60 frames per second (though it will look great whether you have a 1080p TV or not). Recorded messages are fully voice acted and sell the game's atmosphere well. The soundtrack is also excellent, setting the mood for your Martian expedition, getting spookier as you descend. Developer XGen Studios has made the soundtrack available to stream on YouTube for free, and it can also be purchased on Bandcamp or iTunes.

Some players may not get hooked on the game mechanics, and for those players, Super Motherload may feel mundane and mind-numbingly repetitive. Thankfully, there's an easy way to figure out whether you'll like it or not - play the original flash game, Motherload, right here. If that tickles your fancy and you're an early PS4 adopter, you can redeem the $10 PSN credit packed in with your console to drop the price from $15 to $5, changing the value from an iffy proposition to a steal of a deal. If you're not a PS4 owner, the game is listed as a Q4 2013 release on PS3 and a Summer 2014 release on PC and Mac (and has been Greenlit on Steam).

Super Motherload does exactly what it sets out to do: create a fun little digging game that belies its dark storyline. While it won't appeal to everyone, those who do find it appealing will absolutely dig it. Super Motherload represents a good start to the PlayStation 4 indie experience.

This review is based on a digital copy of Super Motherload for the PS4, provided by the publisher. 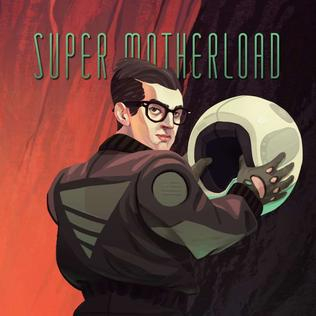