Evolve caused a big stir when it was first revealed. It pits four human players against one other human player who is controlling a monster that grows more powerful as the match progresses. 2K and Turtle Rock promised that this would change multiplayer gaming for the better. After getting a chance to play it for myself, I have to agree with their enthusiasm - Evolve feels just like that. 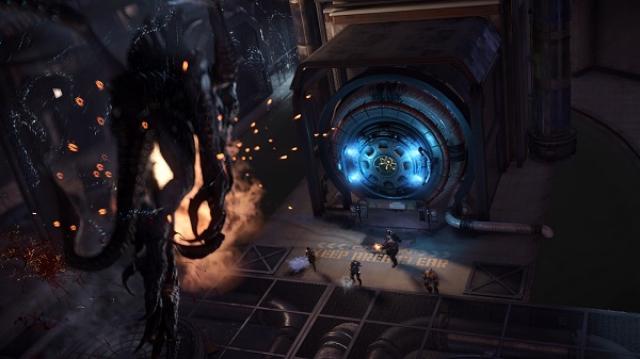 The monster starts out at a disadvantage - it is small and weak. It must feast on the local wildlife to get stronger, affording it more health and power. The first monster revealed was the land-bound, fire-breathing behemoth known as Goliath, and the monster that was the focus of the demo I was able to play was the Krakken. It is a horrifying demonic foe with the ability to fly around the map and shoot lightning. It is imperative that the Hunters get to the monster early on and damage it, because once the monster powers up to Level 3, it becomes a fearsome foe that is extremely difficult to bring down.

The Hunter team is made up of four distinct classes: Assault, Trapper, Medic, and Support. Each class will have multiple characters in the full game but for this demo each class had one character on display. Each character has his or her own special attacks and abilities that make them unique from one another.

Maggie the Trapper, for example, relies on her dogbeast pet to track down the monster, and then sets up harpoon traps and portable arena traps to slow the beast down. Hyde the Assault pours on the damage with his flamethrower and minigun and has his own personal shield to take on the monster's attacks. Lazarus the medic can cloak and use his "Lazarus Device" to revive fallen allies. Bucket the robot Support sets up sentry guns and cloaking fields to help himself and his comrades. Each class has specific functions that must be combined with the other team members to ensnare the beast and take it down. If even one team member is taken down, the team’s chance of victory greatly diminishes. 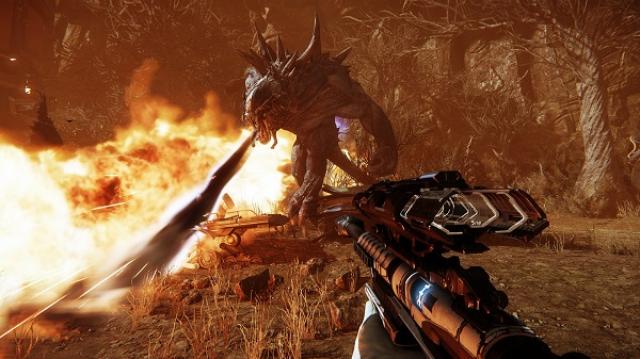 As you can imagine, teamwork is incredibly vital to the Hunters’ success. If the four Hunters are on point with each other, they can strategize and take down the monster before it has a chance to overpower them. If the Hunters fail to communicate, they don’t have much hope of taking down the monster, and might even get destroyed by the wild fauna and animals before they reach the main enemy! The group dynamics in play here promise to make Evolve one of the most engaging team multiplayer games around.

But if you’re not a team-first kind of player, that’s fine, because the Monster has no teammates to worry about. To play as the monster means to stay away from the other players for long enough to become powerful, then destroy them with extreme prejudice. Once the Monster is in battle, selecting which Hunter to take out makes a big difference – taking out the Medic first is recommended so that they cannot quickly revive fallen Hunters (a Hunter that isn’t revived will respawn somewhere else on the map after two minutes, and will therefore be out of the Monster’s hair for several critical minutes).

Oh, and the game is beautiful as well. The environments are lush and detailed; from the local wildlife to the plant and tree life and even the scaly monstrosity that the Hunters must destroy. When a game looks and plays this good, it’s hard not to be impressed. 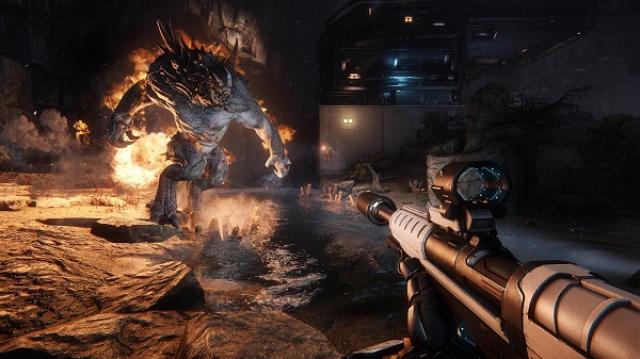 Evolve’s look, feel, and gameplay depth blew me away. It’s one thing to hype your game as the next big thing, but I got the vibe that Evolve might actually be that next big thing when it releases worldwide on October 21, 2014.