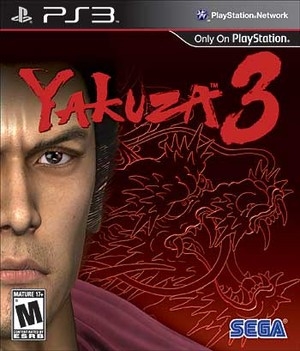 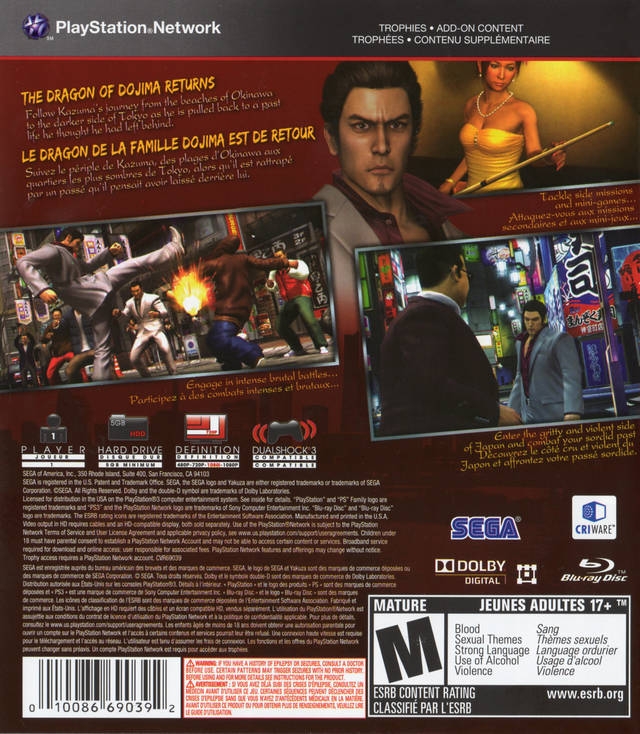 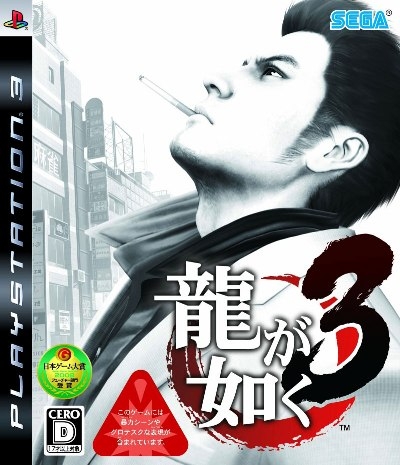 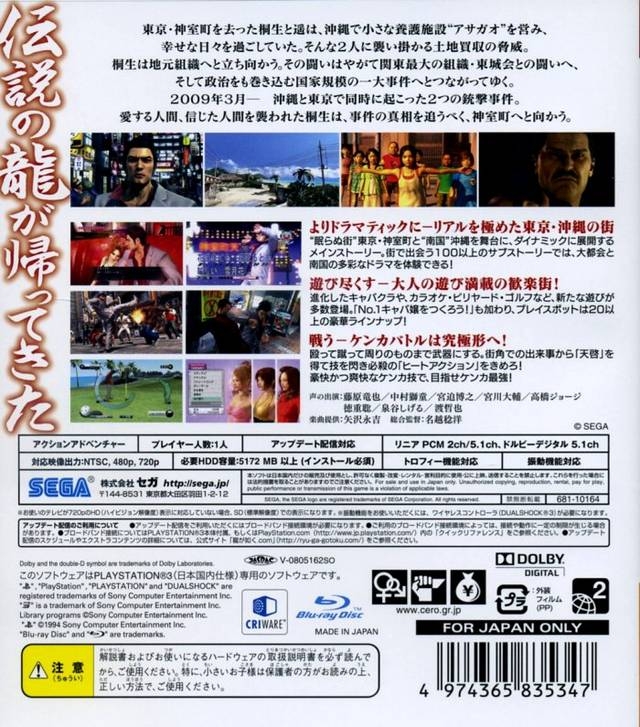 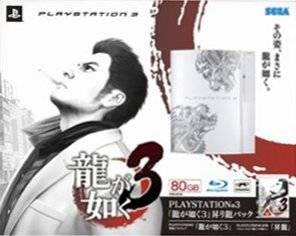 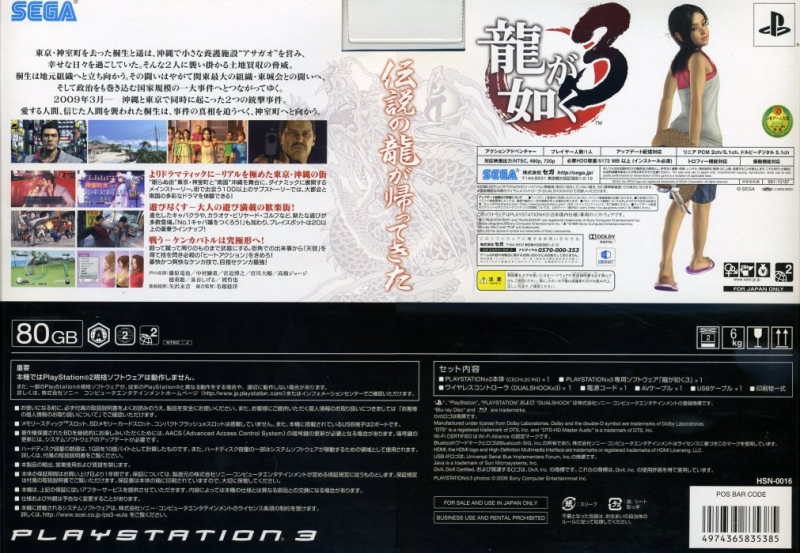 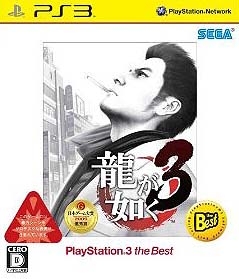 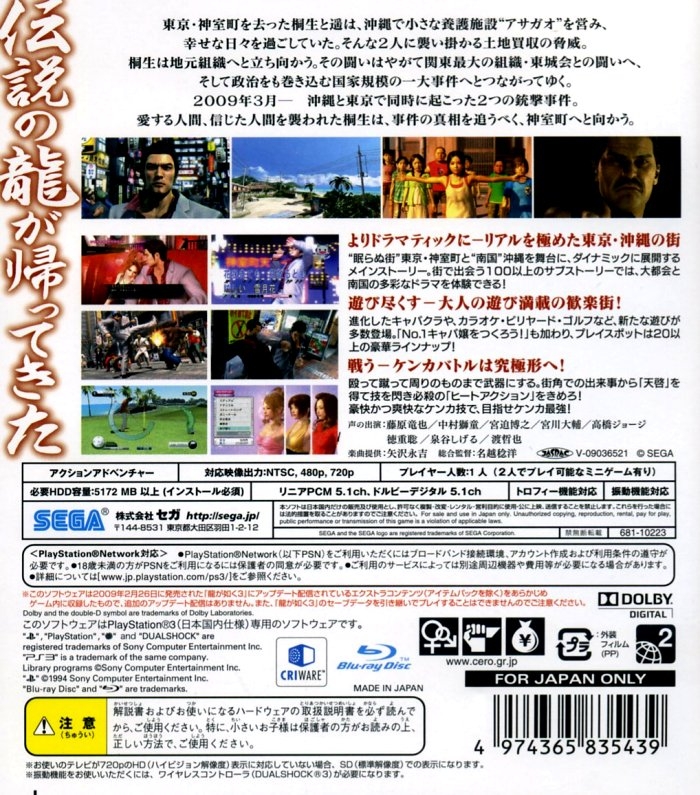 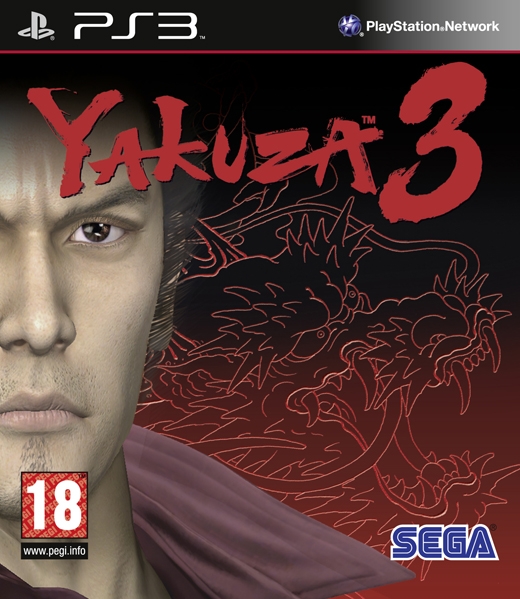 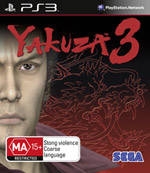 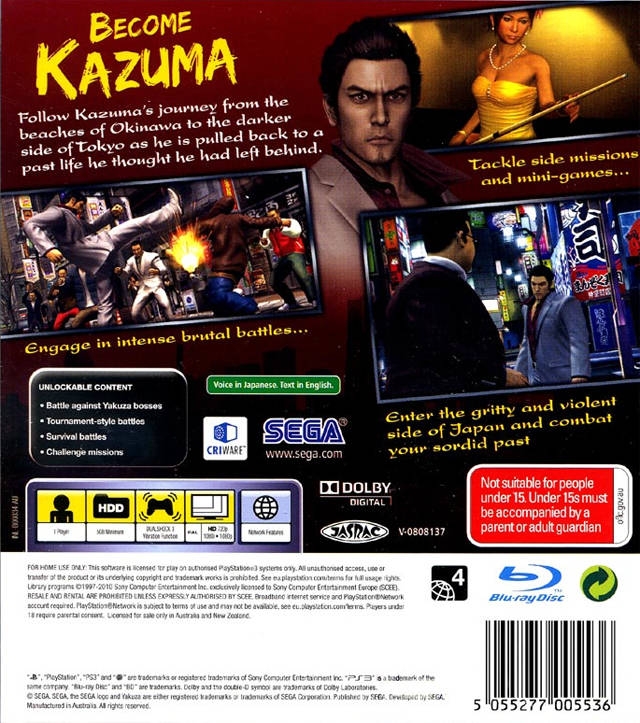 The Dragon of Dojima is back to kick some ass and... raise some orphans?

As organized crime groups go, there aren’t many more romanticized than the Japanese yakuza. With hundreds of representations across movies, books, and anime, the yakuza have become a symbol of Japanese culture and society. Unfortunately, they are underrepresented in video games. Sega’s Yakuza franchise is changing that. Yakuza 3 is a hybrid of action RPG, brawler, and adventure game which you won’t want to miss.

Yakuza 3 follows retired yakuza boss Kazuma Kiryu, who has moved to Okinawa to run an orphanage. Unfortunately things aren’t going well for the Dragon of Dojima. For some reason the government is trying to buy up the property Kazuma’s newly acquired orphanage is on, and his old yakuza clan, the Tojo clan, seems to be connected. Kazuma must save his orphanage, and find out who’s behind the takeover. Kazuma’s story is a continuation of the first two games, which you’ll need to be familiar with. Fortunately Yakuza 3 has two 30 minute videos of the cutscenes of the previous games to summarize their plots for you, and a couple of different ways to look up information on the important characters.

The story is pretty entertaining, but not groundbreaking, and it can get a bit wordy and convoluted at times. That said, the plot is exactly what it strives to be; an homage to classic yakuza films. Most of the characters are well-developed and endearing, but no antagonists stand out particularly well. The protagonists, however, are easy to connect to and identify with, and how well they’re developed mostly depends on how many related sidequests you choose to do. There is an ample supply of humor scattered throughout the story, some of it requiring some knowledge of Japanese culture to really get.

In Yakuza 3 the gameplay fares better than the story. Yakuza takes place between two distinct settings: a small part of Okinawa where Kazuma’s orphanage is, and a fictional district in Tokyo called Kamurocho, based off of the real red-light district Kabukicho. Both settings contain actual businesses which can be found in their real life counterparts such as restaurants, night clubs, bars, and shops. Kazuma is free to explore one or both districts at most points during the game, and interact with the included locals. Some of the activities include, but aren’t limited to, gambling, eating in restaurants, playing golf, fishing, and bowling.

In addition to the leisure activities, Kamurocho and Okinawa have numerous residents to provide you with sidequests. Sidequests will have you completing other actions like footraces, deliveries, fights, and solving minor mysteries. You can also modify and craft weapons by gathering materials found around town, in pawn shops, and given to you as rewards for your questing. Eating is essential in the game, as “hunger” is Kazuma’s health bar, and decreases as he takes damage. You’re encouraged to stop by restaurants as you explore to recover, and pick up some fast food or energy drinks to juice you up in combat. As you explore you’ll often be challenged to fights in Yakuza’s not-quite-random encounter system. While the locations of enemies are random, generally you’ll see someone standing suspiciously still at a sidewalk or intersection, and you can avoid them if you wish to avoid the fight. However, there’s little reason to do so, as the combat system is enjoyable.

Combat is a simple, combo-based brawler system. Combat takes place in the area in which you were challenged. Whatever part of the city or building you were in gets sectioned off by a crowd of onlookers circling the combatants, forcing you into a ring of sorts. Kazuma attacks primarily with the Square button, using Circle to grab, X to dodge, and Triangle to deliver a finishing blow or special move depending on the situation. He can also pick up and attack with all sorts of objects around the combat area; anything from traffic cones to sofas can be swung by Kazuma with lethal force, but they break apart after a few hits. Kazuma can also use purchased or crafted weapons, but they also have limited durability, forcing you to repair them often (at great expense) or use the sparingly.

On the RPG side of things, Kazuma’s abilities can be leveled up as he gains experience. You can distribute experience points between four categories, increasing Kazuma’s health, spirit (which is used for special moves), or granting him new techniques. Kazuma can also be equipped with up to three weapons at a time (mapped to the d-pad), one piece of armor, and two talismans or accessories which boost defense. Defensive items can be crafted and improved just like weapons, and new recipes for modification can be found all around the game world in memos, magazines, and movies.

Graphically, Yakuza 3 is adequate. The primary characters look nice, but incidental civilians lack a lot of detail, and a lot of objects in the environment aren’t particularly high resolution. More importantly, the NPCs actually act like they are alive, and there is enough variety in their character models for there to be a large amount of completely different looking people on screen at once. If you stop and watch them they’ll shop, look around, talk with each other, get out of your way when you’re running down sidewalk, and either run or stand and watch when you get into fights. Cutscenes use a mix of an enhanced version of the in-game engine and CGI, and are pleasant on the eye. Music is nice, and appropriate for the action of the game. Voice acting is of course all Japanese with subtitles, and it’s well-delivered and full of emotion.

There is one area where Yakuza 3 truly excels, and that’s value. The main story of Yakuza alone, skipping almost all sidequesets and minigames, will last 20 hours. However, the amount of additional content in this game is almost ridiculous, and even more amazing is that most of it is fun! A good 100 hours plus can be spent on a single playthrough completing all the sidequests, crafting all the items, playing minigames, completing challenges, and getting trophies. After beating the game once, you can play a new game plus where you keep all your items, abilities, and money on a repeat play through. You can also play an adventure mode where you are free to explore the world and its features unrelated to the main story, and a tournament mode where you replay key battles in the story for rankings. Unfortunately, even with all of this the removed quests and hostess club management are missed, and hopefully will not be excluded from Yakuza 4.

Yakuza 3 stirred up a lot of controversy when it was announced that it would be removing some content from the Japanese version, but it’s a small drop in an ocean of included content. It may not be the most gorgeous game ever, but it’s pleasing to look at. There is also an interesting story to be found here, and the combat is fun, if not incredibly deep. There’s just so much fun content included in this game, it’s hard not to recommend this as a must-own for action and RPG fans, despite the exclusions.